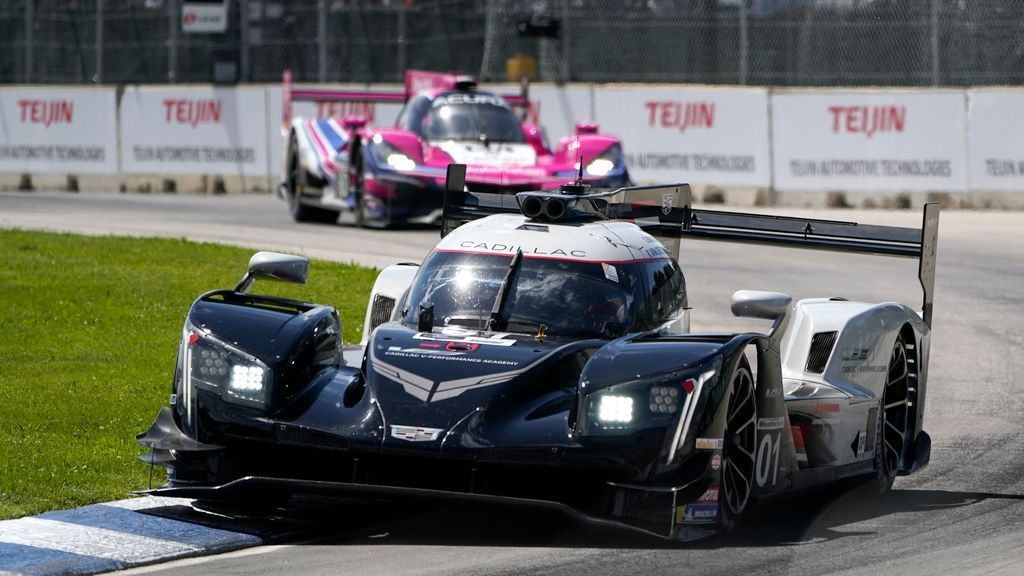 Ganassi won the race a year ago with van der Zande and Kevin Magnussen. Bourdais now has Magnussen’s seat and joined his new teammate for the celebratory dip in the Belle Isle fountain following the dominating Saturday win.

Van der Zande closed out the win by 0.309 seconds in the No. 01 Cadillac over the Acura piloted by Oliver Jarvis. The 100-minute race was caution-free and everyone was watching reigning champion Pipo Derani in the closing half.

Bourdais and van der Zande won from the pole, and Bourdais held control during his stint. But when Derani took over from new teammate Olivier Pla — he replaced Tristan Nunez at championship Action Express Racing this week — Derani recovered nearly 30 seconds in his final stint.

He also had two wheel-to-wheel battles with Earl Bamber, who was in the Ganassi sister No. 02 Cadillac. That race was for third, and prevented Derani from making a run at the leaders.

It was the fourth Belle Isle victory for van der Zande, first for Bourdais.

In the GTD division, IndyCar rookie Kyle Kirkwood led an overhauled Vasser Sullivan Racing lineup to the first wins for the team, the drivers and Lexus. Kirkwood won the pole for the race, but raced Saturday with an injured right hand he’d hurt earlier in the day in a crash during IndyCar practice.

Although clearly ailing, Kirkwood teamed with Ben Barnicoat to win the production-based class and give Vasser Sullivan and Lexus its first win in the new GTD division. Both Kirkwood and Barnicoat were put into the lineup this week, with Barnicoat a replacement for regular Jack Hawksworth, who was injured in a motorbike crash.

Kirkwood is the endurance driver for the team but got his first sprint race Saturday. He declined to celebrate in the fountain over superstitions and a looming race on Sunday.