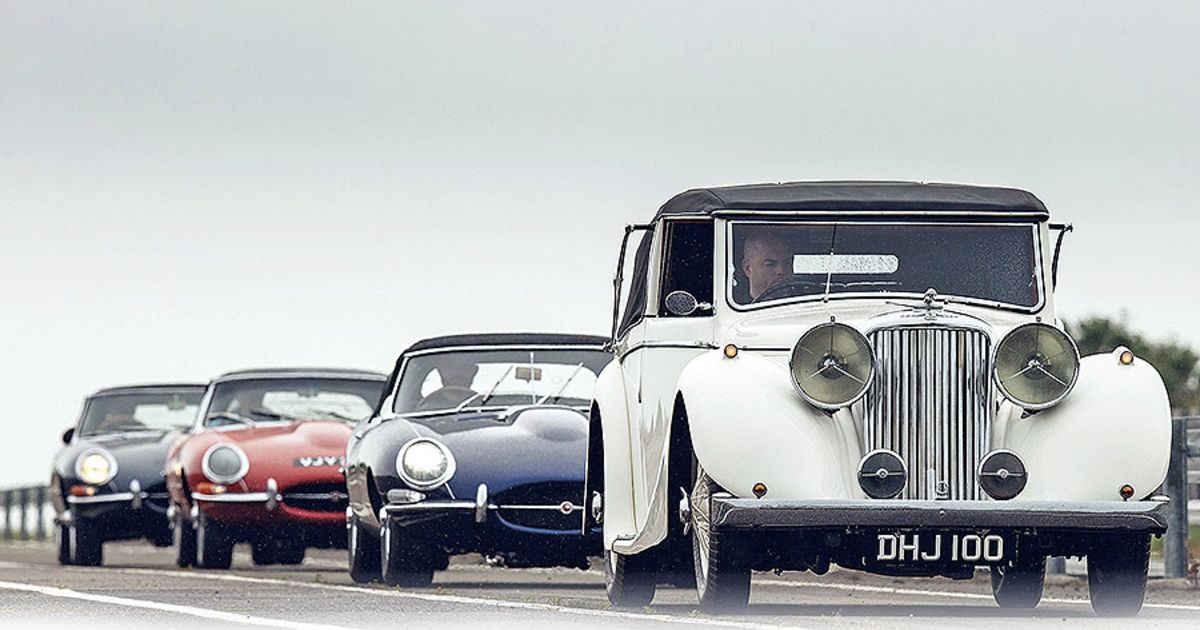 Jaguar Land Rover celebrated Queen Elizabeth’s 70 years on the throne with 26 vehicles in the Platinum Jubilee Pageant and the donation of a Defender 130 to the British Red Cross.

The pageant on Sunday, June 5, was scheduled to feature two of the queen’s Land Rover Defenders, three Jaguar and Land Rover vehicles from James Bond films and a collection of Jaguar convertibles, including a bespoke 1965 Series 1 E-type Roadster with metallic blue paintwork inspired by the United Kingdom’s Union Jack flag. Also participating in the event were to be the first Land Rover unveiled at the 1948 Amsterdam Motor Show, an F-Pace plug-in hybrid and an electric I-Pace from the E-Trophy racing series.

The procession was to follow a nearly 2-mile route echoing the route of the queen’s 1952 coronation.

“It is a true honor for our vehicles to play a part in this momentous occasion to mark Her Majesty’s Platinum Jubilee,” JLR Chief of Staff Chris Thorp said in a statement. “As the U.K.’s longest-reigning monarch, head of the Commonwealth, patron of more than 600 charities as well as a mother, grandmother and great-grandmother, the queen is a remarkable role model and we are delighted to celebrate with her today.”

Land Rover engineers will work with British Red Cross representatives to adapt the Defender 130 for use in emergency response and ambulance support work. Its off-road capability will help the organization access remote areas and reach people affected by disasters and other emergencies across the U.K.