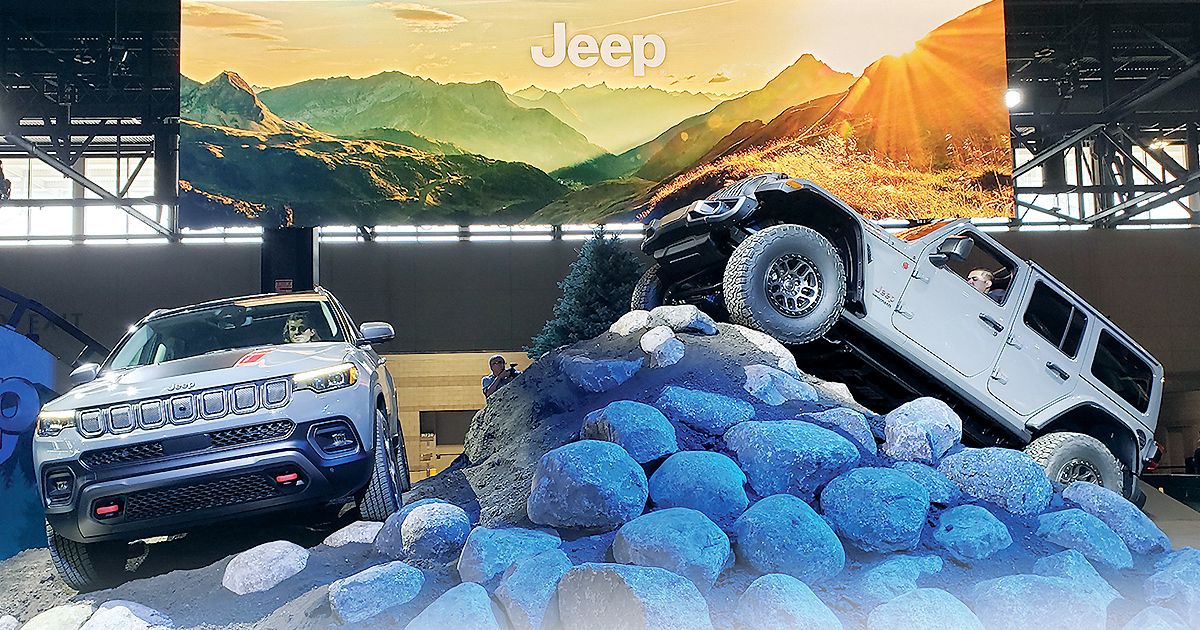 A 2022 Jeep Wrangler four-door tipped over on its passenger side during a driver-side small overlap crash test, receiving a “marginal” rating, the Insurance Institute for Highway Safety said Thursday.

The news comes after the 2019 Wrangler also tipped onto its passenger side during an audit for the test and also received a “marginal” rating. According to a statement from IIHS, Stellantis made modifications to the 2022 model to try to address the issue.

IIHS said tipping on the passenger side “presents an additional injury risk beyond what the standard criteria are intended to measure” since the institute does not conduct the test with a dummy in the passenger seat.

“There are other things that sometimes happen during crash tests that sort of fall outside of the normal metrics that we use to assign a rating,” IIHS spokesperson Joe Young told Automotive News. “Obviously, rolling onto the side could present additional risk to a person that would be seated on the far side of that vehicle, so that’s why we ultimately decided to downgrade the vehicle to ‘marginal.’ ”

According to the statement, such a rollover also increases the likelihood the passenger will be ejected, which is especially relevant to the Wrangler because of its removable roof and doors and lack of side curtain airbags.

IIHS said the Wrangler performed well on other metrics used during the test. The statement said the driver-side safety cage maintained its structural integrity, and the restraints limited injury to the dummy in the driver seat. However, the test did show “a significant risk of injury to the driver’s left leg and foot and the combination head and torso side airbag did not deploy.”

“It actually performed pretty well by most of the metrics that we would use to assign a rating. For example, the structure actually held up really well,” Young said. “If you look at the occupants’ space, it maintained its shape really well, which is really important for this type of crash.”

A Stellantis spokesperson said that while the automaker was unaware of any real-world reports to corroborate the IIHS results, the company regularly considers third-party testing in developing products.

“We engineer our vehicles for real-world performance,” the spokesperson said. “The Jeep Wrangler has unique and extraordinary capabilities unlike any other vehicle on the road. Real-world data and ongoing demand indicate the four-door Wrangler meets or exceeds the expectations of the buying public.”