What is it about the drivers of cars with horses on the grille? In the latest incident, a Ferrari driver has proven that their car was too much to handle, crashing into five parked vehicles in the U.K. last week.

Emergency responders discovered a severely damaged Ferrari SF90 Stradale and its trail of destruction on the night of Wednesday, May 25, in Halesowen, which is near Birmingham. Fortunately, no injuries are reported as a result of the incident, though the driver of the vehicle was not present when responders arrived. Police say they are now attempting to locate them, something that shouldn’t be too hard given how exclusive the SF90 is.

“We’re investigating after a red Ferrari hit a number of parked cars in Hagley Road, Halesowen last night (Wednesday) at around 7:40 pm,” a spokesperson for the West Midlands Police told the Daily Mail. “We made a search of the area and spoke to a number of witnesses but were unable to locate the driver. The car has been seized and our work to identify and trace the driver continues.”

On Wednesday evening, a Ferrari lost control on the Hagley Road. It ploughed head first into some parked cars.

The police asked that anyone with any information about this incident to contact them.

RTC Hagley Road, Halesowen- White Watch attended. Please be careful when out and about pic.twitter.com/8xog41xC9C

Although this may be the worst accident we’ve seen the hybrid supercar involved in so far, it’s hardly the first. Ferrari SF90s have been crashed in Dubai and Italy, and even by the automaker’s own drivers. 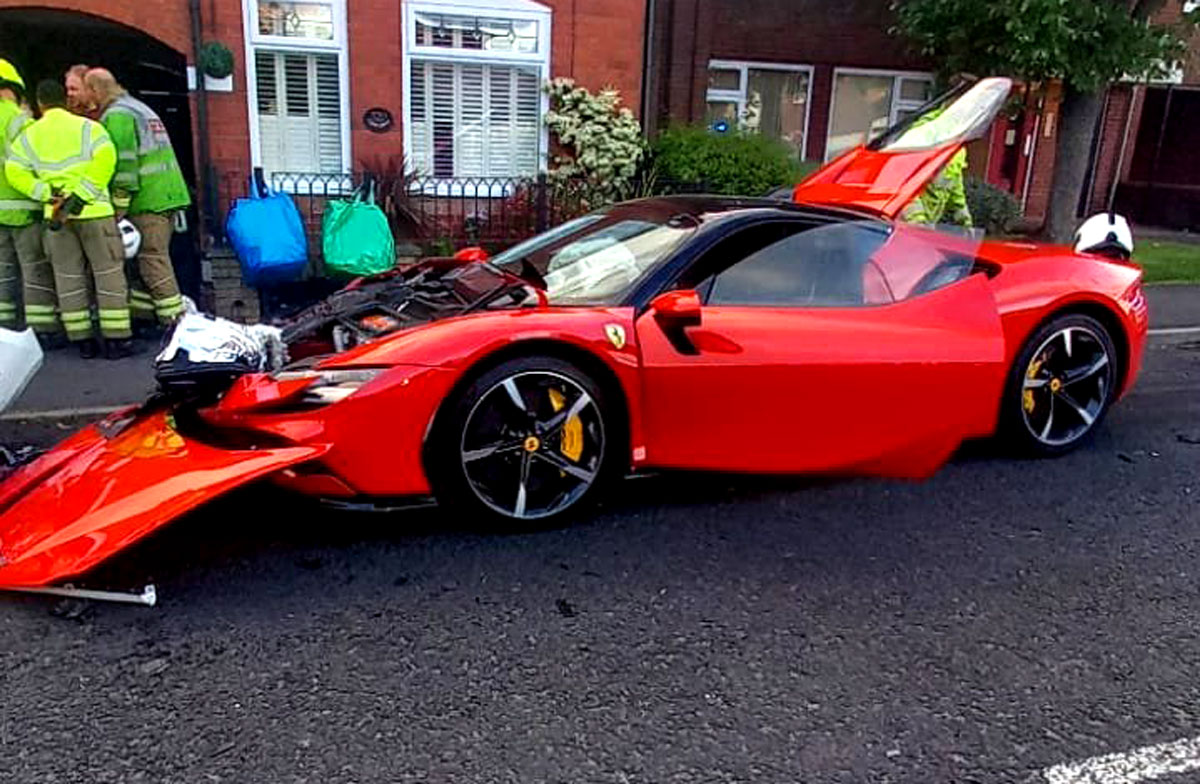 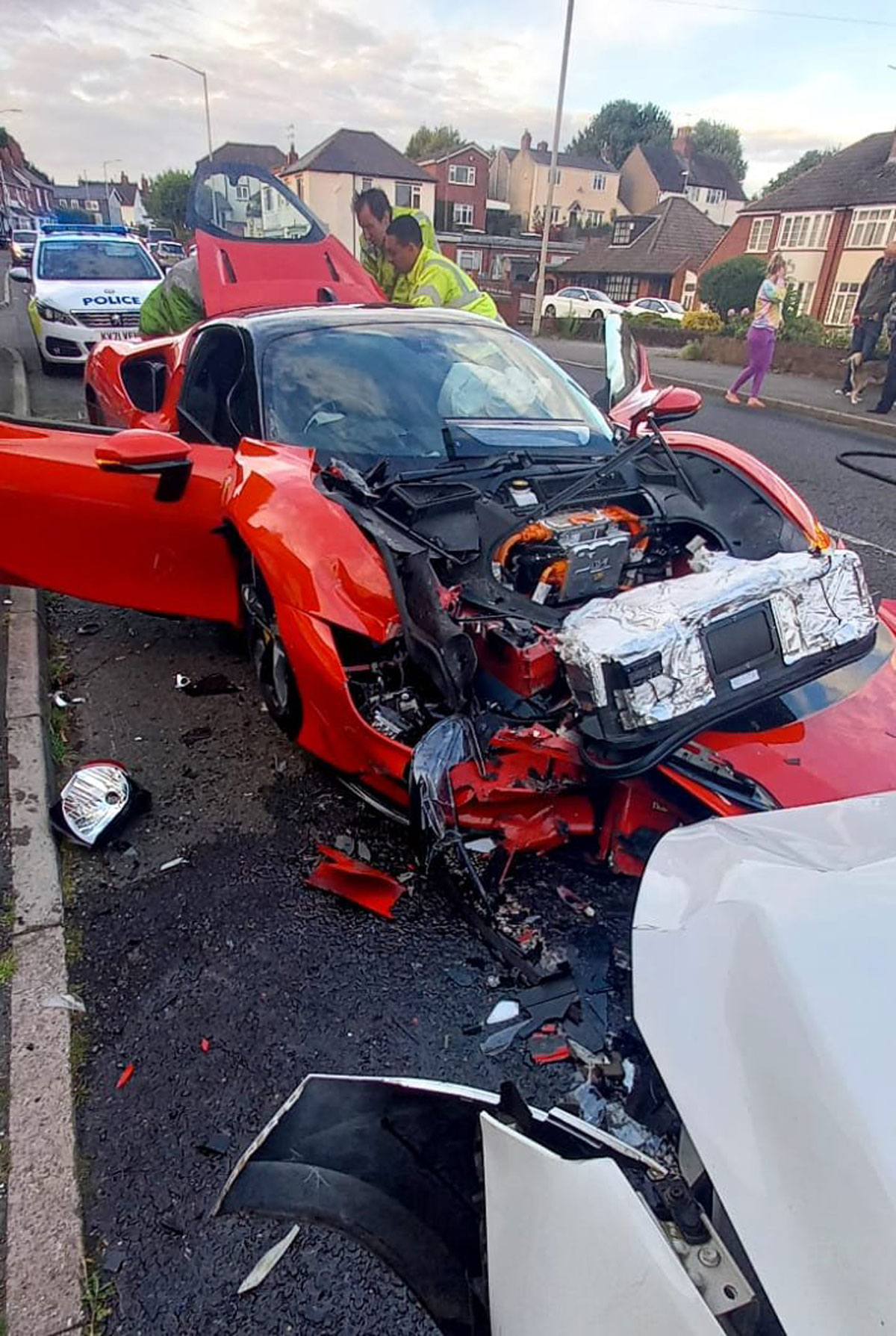