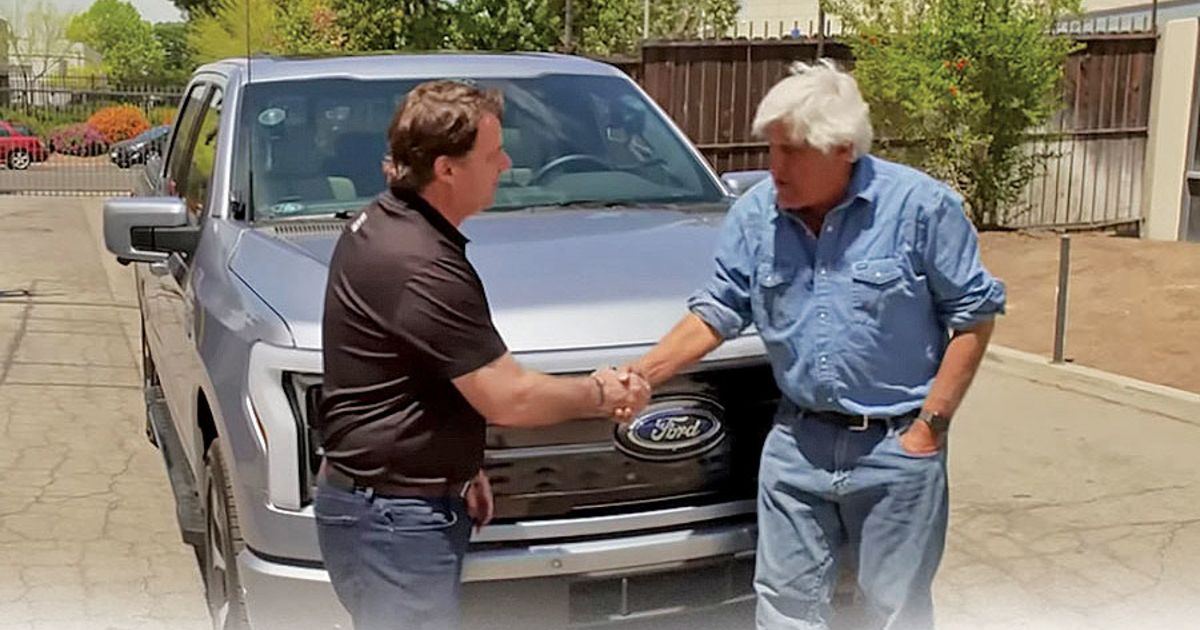 Leno tested one of Ford’s new electric pickups — with CEO Jim Farley riding along — for an episode of his CNBC show, “Jay Leno’s Garage,” that will air this fall.

“As much as I love my internal combustion engines, this has sold me,” Leno said on CNBC this month. “It’s very impressive.”

Leno said he was particularly impressed by the truck’s quick acceleration, quiet cabin and ability to function as a generator during a power outage. To demonstrate the Pro Power Onboard feature, Leno said he had the lights for his interview with Farley plugged into the pickup instead of the electrical grid.

In a teaser video, Farley is shown telling Leno that the automaker had a number of internal disagreements about the Lightning.

“We were arguing about this truck more than almost any vehicle I’ve seen in my career,” he said.

Ford originally approved plans to make just 20,000 Lightnings a year but has said it will increase that capacity to 150,000.

The thinking by those who didn’t want to start with higher production goals was that “we won’t make much money on them, so we don’t want to sell too many,” Farley said.