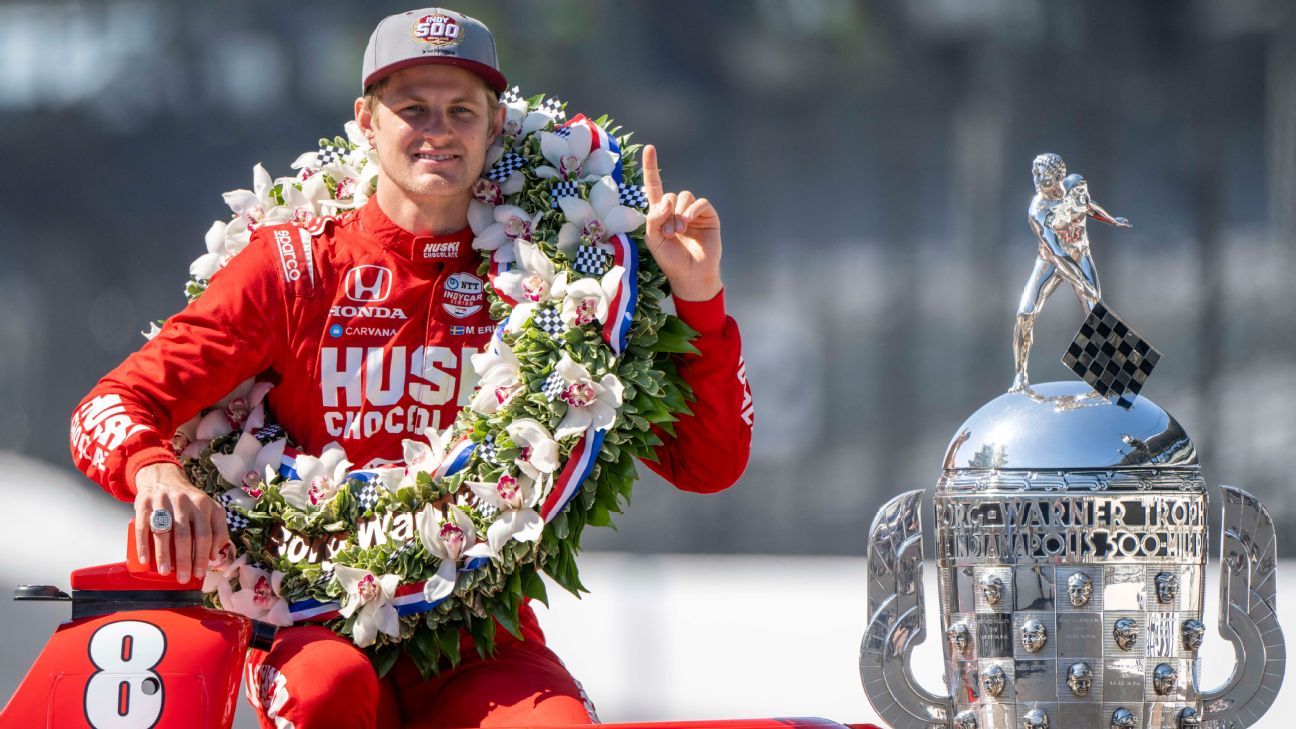 Runner-up Pato O’Ward of Mexico, who drives for Arrow McLaren SP, collected $1 million — the largest check a second-place finisher has earned in nearly a decade.

Seven-time Cup champion Jimmie Johnson received a $50,000 bonus for being named the race’s rookie of the year despite crashing late in the race. Johnson’s winnings totaled nearly $208,000.

“The Indianapolis 500 is the greatest race in the world, and these drivers lay it all on the line for a chance to drink the winner’s milk and kiss the famous Yard of Bricks,” Indianapolis Motor Speedway owner Roger Penske said in a statement. “This year’s record-setting purse is reflective of their tireless pursuit of history and the world-class talent they display on every lap.”

Race organizers said the estimated crowd topped 325,000, which they believe makes it the largest attended single-day sporting event in the world since the COVID-19 pandemic began.

The IndyCar Series returns to action next weekend in Detroit.