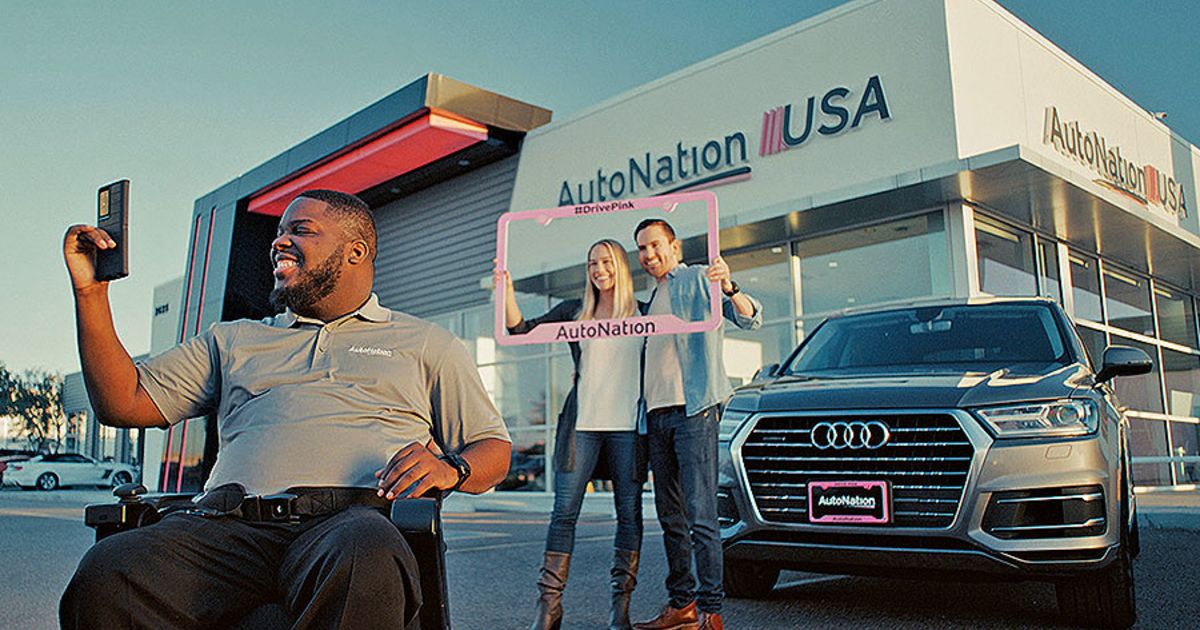 The nation’s largest new-vehicle retailer has begun a multimillion-dollar advertising campaign aimed not at car shoppers, but at potential employees.

AutoNation’s “Go Be Great” campaign began airing on TV networks including ESPN, CNBC and NBC last week, ahead of the Indianapolis 500 race on Sunday, May 29. AutoNation is a sponsor of Indy 500 driver Helio Castroneves. The race aired on NBC.

The campaign, which also appears in radio, print, online and social media, was developed by AutoNation, I Think Studios and Zimmerman Advertising.

Marc Cannon, AutoNation’s chief customer experience officer, in an email to Automotive News did not specify how much the retailer plans to spend on the campaign.

Cannon said the ads highlight AutoNation employees, “the people who make us a great place to purchase, sell or service a vehicle.”

“We are always looking to add talented, driven people to our organization,” Cannon said in the email. “As we continue to build our business, we want to build with the best from all over the country.”