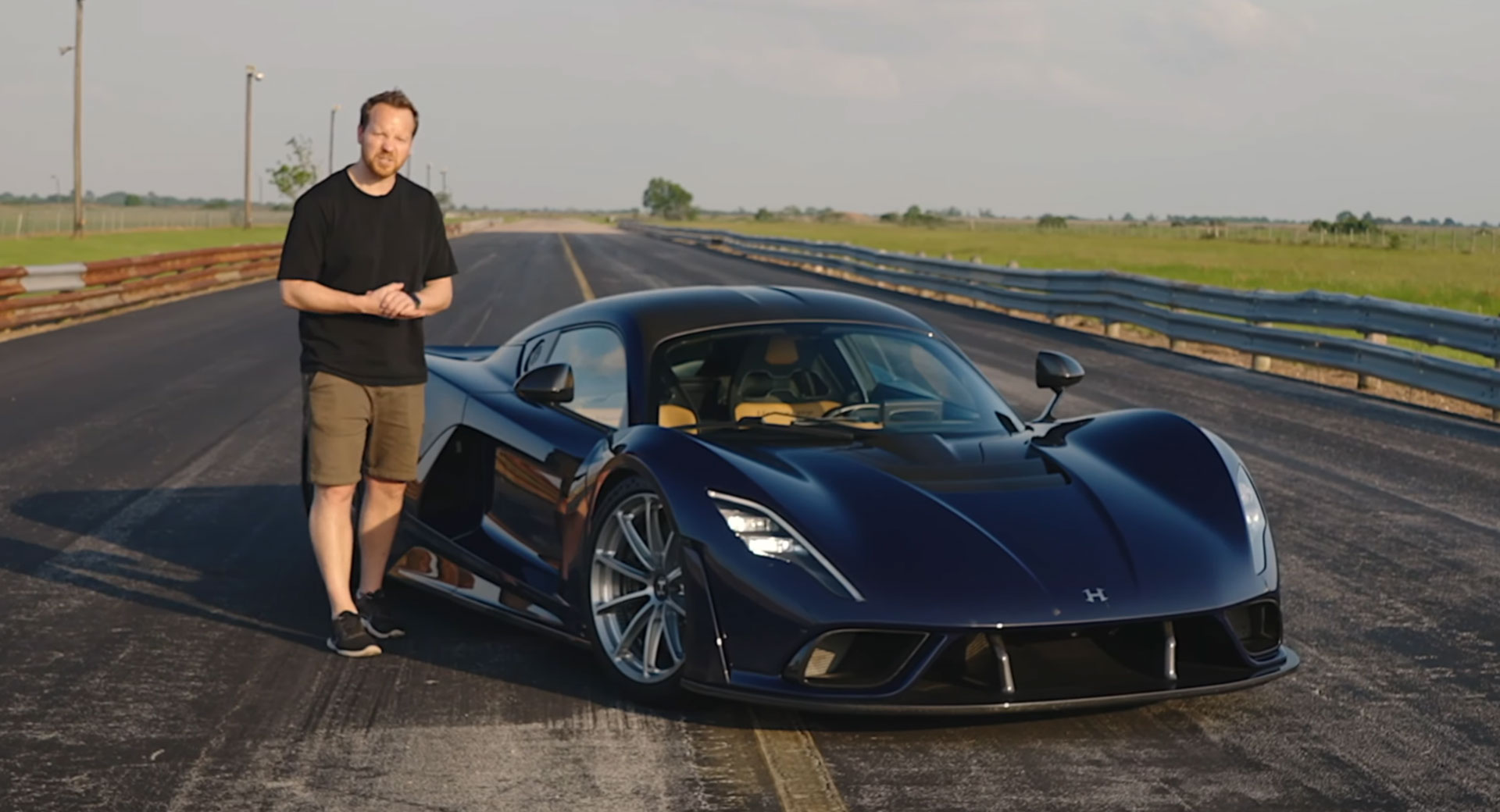 The Hennessey Venom F5 is one of the most monstrous production cars launched in recent memory and after being in development for years, the wild hypercar was recently put through its paces by Top Gear.

Like any car from Hennessey, performance is the top priority of the Venom F5. As such, it is powered by a twin-turbocharged 6.6-liter V8 that churns out 1,817 hp and 1,193 lb-ft (1,617 Nm) of torque, meaning it has significantly more power than a Bugatti Chiron despite being 8 cylinders short and having two fewer turbochargers. It even has more than the 1,603 hp delivered by the 5.1-liter twin-turbo V8 of the Koenigsegg Jesko.

Read Also: Hennessey Has Already Sold All Examples Of The Venom F5

When testing out the car for the first time, Top Gear’s Jack Rix is stunned by the acceleration, noting that it pulls through the gears harder than anything else he has driven, except for the all-electric Pininfarina Battista. After having some fun on Hennessey’s private drag strip, Rix heads out onto some local Texas roads to see how the Venom F5 handles everyday driving duties.

Unsurprisingly, the Venom F5 is much more raw and aggressive than most other supercars and hypercars from Europe. It makes a McLaren 720S seem tame and has an especially firm ride.

The seven-speed semi-automatic transmission found on the development car driven by Rix will benefit from some additional refinement before the car is complete. It works well at full throttle and high speeds but is a bit jerky at low speeds.

Development of the Venom F5 is continuing and in early March, the Hennessey crew pushed the hypercar through to 271.6 mph (437 km/h) while testing at the same Florida runway where NASA used to land the space shuttle. The Texas tuner hopes to eventually eclipse 300 mph (482 km/h) with the car.