If you want the keys to a Lucid Air Dream Edition but missed out on the limited-run model when it was new, then this example might be your next best option.

This particular Lucid Air was damaged in a crash and is currently up for sale in Detroit, Michigan, through none other than Copart. It has an estimated retail value of $229,400 and while we don’t know how many miles it had on the clock when it was crashed, it can’t have been much considering how new the Air is.

Read Also: Would You Be Interested In This Damaged Lucid Air Dream Edition?

Most of the visible damage sustained to Lucid is concentrated on the passenger side, perhaps suggesting that the EV was T-boned and hit by another car. We can see that both the front and rear passenger doors have been badly dented and will need to be replaced if this Lucid is ever to return to the roads. The car also appears to have suffered some scuffs to its front fascia and one of the front quarter panels. 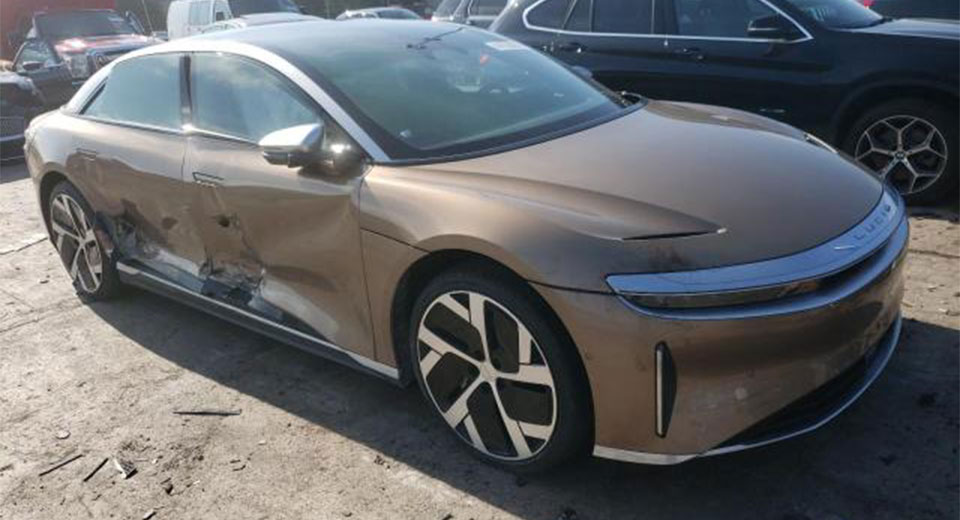 It is impossible to know if the Air suffered any structural damage in the crash. If it didn’t, repairing it shouldn’t be too much of an issue, as long as some replacement doors can be sourced from the electric car manufacturer. The side curtain airbags were triggered in the crash so they too will need to be replaced.

Production of the Lucid Air Dream Edition is capped at just 520 examples worldwide. It was offered in two configurations, namely the ‘Range’ variant with 933 hp and capable of traveling 520 miles (836 km) on a single charge. The Dream Edition could also be configured in ‘Performance’ specification where it delivers 1,111 hp and can travel 471 miles (758 km) on a charge.