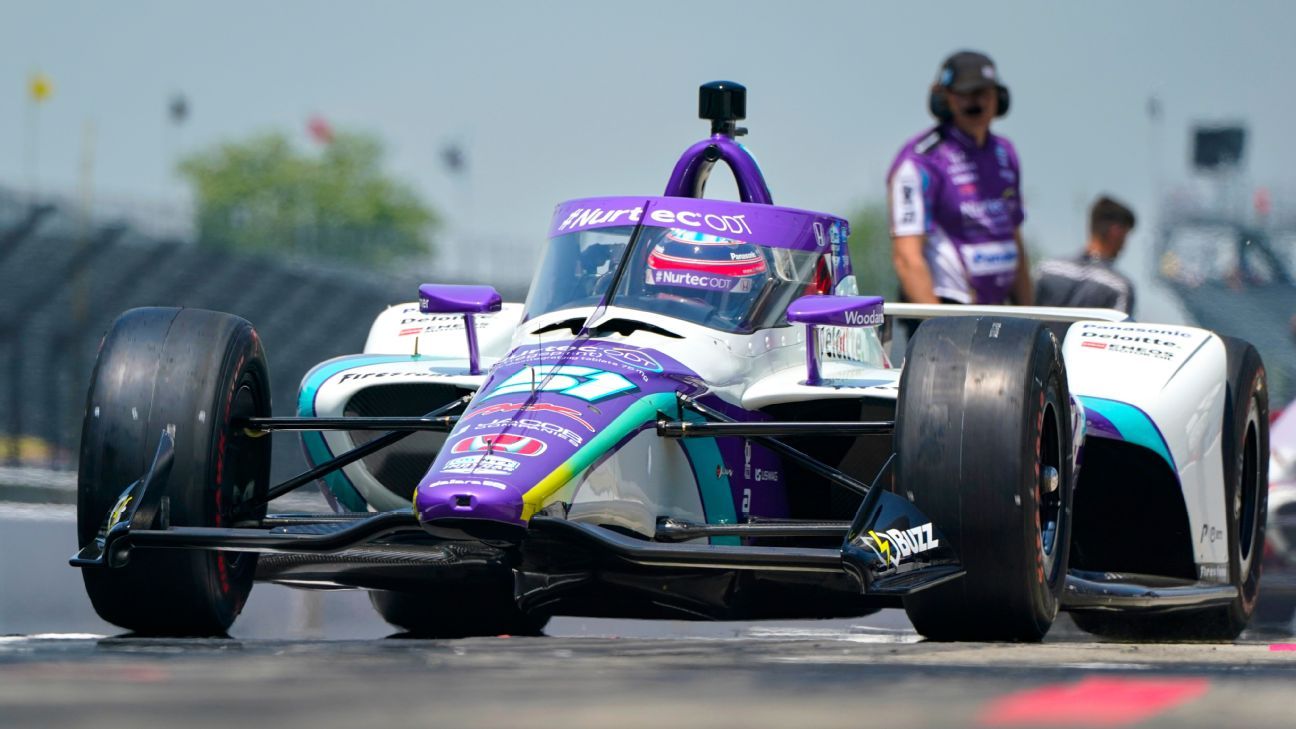 INDIANAPOLIS — First came the wind – 41 mph gusts that created some of the most challenging conditions in Indianapolis Motor Speedway history — and the rain was expected to follow.

It put IndyCar on its heels on “Fast Friday” as race officials scrambled to save qualifying for the Indianapolis 500. Not a single drop of rain had fallen when IndyCar adjusted its Saturday schedule in hopes of avoiding any disruption to qualifying for its marquee event next weekend.

Weather conditions at the speedway have changed daily since the track opened on sunshine-soaked Tuesday for Indy 500 prep. Wednesday was a washout, Thursday was just a regular day at the speedway and wind-whipped Friday saw nail-biting speed on the track.

Drivers were on edge and few willing to complete a full four-lap run without lifting off the gas during blistering fast mock qualifying runs. Conor Daly, with a Chevrolet engine for Ed Carpenter Racing, maxed out at an eye-popping 243.724 miles per hour (392.24 kph) in turn three, where the wind was fiercest and blowing south to north from Turn 2.

“Nothing prepares you for going into turn three at 240 mph. It’s not very pleasant for anyone,” said Team Penske driver Scott McLaughlin.

Two-time winner Takuma Sato topped the speed chart for the third consecutive session with a late lap at 232.789 mph. He bumped Alexander Rossi from the top; Rossi ran only one full lap all day.

It was a six-hour session in which IndyCar allowed a horsepower boost ahead of qualifying, which is scheduled to begin Saturday for the 33-car field. The pole will be awarded Sunday in a shootout among the fastest six drivers.

The 90 horsepower boost allows drivers to take it right to the edge, but few were willing on this Fast Friday. It was just too windy, the risk far greater than any reward. Completing a full four-lap qualifying run was supposed to be the goal; not wrecking an Indy 500 racecar became the priority.

“I’ve seen some tough conditions over the years, but it’s usually on days when it doesn’t really matter,” said 2013 race winner Tony Kanaan. “If this was a Tuesday, you wouldn’t see a single car on the track.”

Plastic bags and hot dog wrappers floated from the grandstands onto the track and the safety vehicle doubled as a garbage truck making trash pickups. Spectators tugged tight on their caps to prevent them from flying away, and the flags over Pagoda Plaza whipped all afternoon in sustained winds that Indy meteorologist Kevin Gregory of WRTV measured at nearly 25 mph.

Strategy varied across the paddock. Scott Dixon didn’t even get in his car until the final hour of the day and with 49 minutes remaining rocketed to sixth on the chart at 231.530 mph. The Iceman then backed out of his run.

Six minutes later, teammate Jimmie Johnson returned to the track with a car repaired from an earlier brush with the wall. The seven-time NASCAR champion and four-time winner of the Brickyard 400 completed a four-lap run at 229.094 mph, second fastest on the day at the time.

“Just shake it off,” Johnson said about completing the run after smacking the wall. “I’ve hit plenty of things throughout my career in racing. Luckily it wasn’t a full yard sale, it was just crossing the line a little bit.”

O’Ward was the first driver to finish a qualifying run and he ran just 12 laps all day. That was double the number turned by his teammate, two-time winner Juan Pablo Montoya, who at 46 made it clear this week he won’t take unnecessary risks in a car.

“A lot of guys are not finishing four-lap runs and I barely finished mine. At no other place does the wind change so much as it does here,” O’Ward said.

The shifting weather has made it difficult for teams to find any rhythm, though six-time series champion Dixon has been consistently fast every day.

But others have posted faster single laps and Sato has been sneaky late all three days of practice. The Japanese driver for Dale Coyne Racing has posted a big lap in the final hour to claim the top of the board, and twice this week bumped Dixon from the lead.

With only 33 cars in the field, there won’t be any bumping in qualifying as every entrant is guaranteed a starting spot May 29. To ensure there was still some intrigue, IndyCar and speedway owner Roger Penske changed the qualifying format to create a fast-six shootout early Sunday evening for the Indy 500 pole.

But the Saturday forecast calls for rain and IndyCar moved its schedule up to start the first day of qualifying earlier. Should all 33 cars not have an opportunity to complete a four-lap qualifying run because of rain, nothing that happens Saturday will count and the entire field will return Sunday to do it all over again.