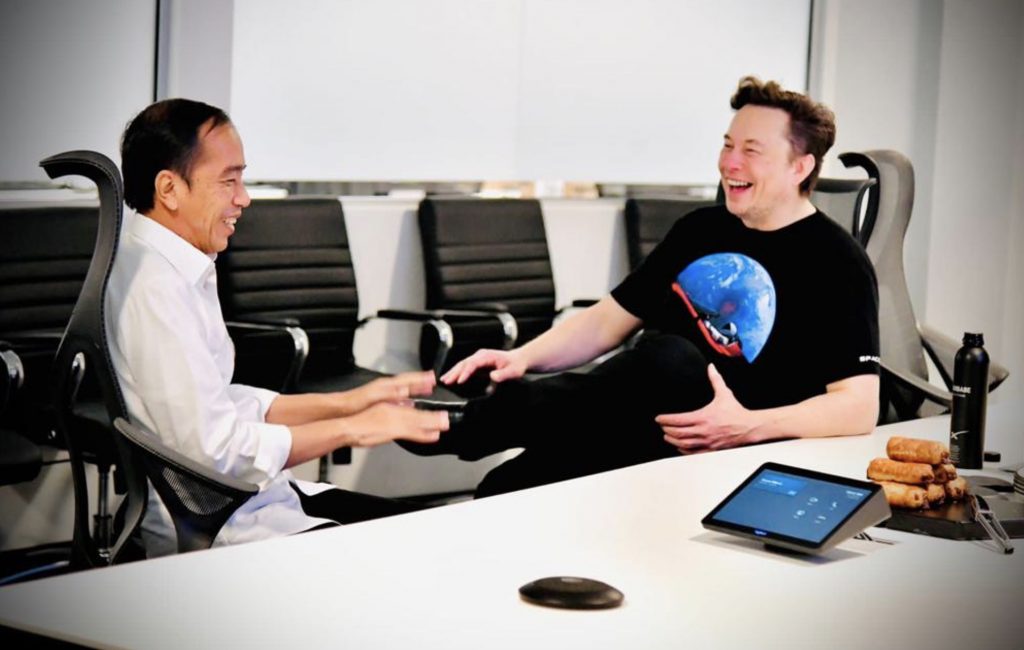 On Saturday, May 15, Elon Musk took Indonesia’s President Joko Widow, also known as Jokowi, around SpaceX in Texas. Musk showed the President around SpaceX’s rocket production facility in Boca Chica for an hour.

According to Indonesia’s President, he met with Elon Musk to discuss innovation and technology. The pair previously met at Giga Texas to discuss Tesla’s potential nickel investments in Indonesia.

People familiar with the matter told Reuters that Tesla representatives were in Indonesia last week to discuss a possible battery-related investment. Elon Musk seemed to confirm Tesla’s interest in Indonesia. In a statement, Musk noted that there was room for “partnerships in many things because Indonesia has a lot of potential.”

Jokowi is keen to develop a nickel-based EV industry in Indonesia. He has also invited Elon Musk to consider a rocket launch site in his country.

After visiting the SpaceX rocket production facility, Jokowi invited Elon Musk to Indonesia. Local media from Asia reported that Jokowi mentioned Musk would “hopefully” visit Indonesia in November when the President will host the 2022 G20 Bali Summit. During the summit, 19 of the world’s major economies and the European Union will meet, including Germany, Canada, Russia, and China.