On any given day, we’re sure there are plenty of automotive accidents that wouldn’t even make a blip on the radar of most local fire departments. However, this automotive optical illusion has generated much discussion on Reddit, where it has over 940 comments and 20,300 upvotes.

The photo was posted to Reddit’s r/IdiotsInCars, where it generated much confusion for almost all commentators. At first glance, there really isn’t anything special about this accident, it’s just a Chevy Silverado that crashed into a lamp post. No big deal, right? Well, take another look.

Have you figured it out yet? We’ll give you a minute. OK, you got it? Correct! Cities don’t usually install poles in the middle of the street, and they didn’t here either, although that’s definitely what it looks like.

Read More: Luckiest Driver In The World Survives Being Crushed Between Two Trucks 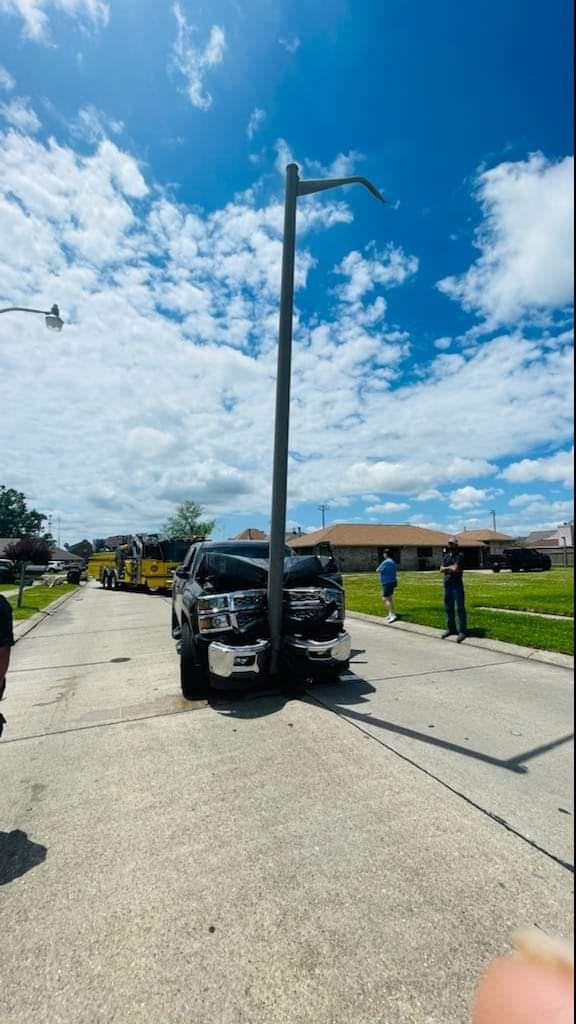 Despite appearances, apparently the pole was carried to the middle of the street after the truck crashed into it. The photo was taken from the Facebook page of the poster’s local fire department, which had to shut down the road for several hours.

There are plenty of times that we’ve viewed a crash and thought “how could they possibly have done that?” but it’s usually something like Evel Knievel jumping over three cars to land in a parking spot, or a T-bone accident that causes a Jaguar to wear a GMC as a hood ornament. This is the first time that something as mundane as running into a pole has generated so much confusion and discussion.