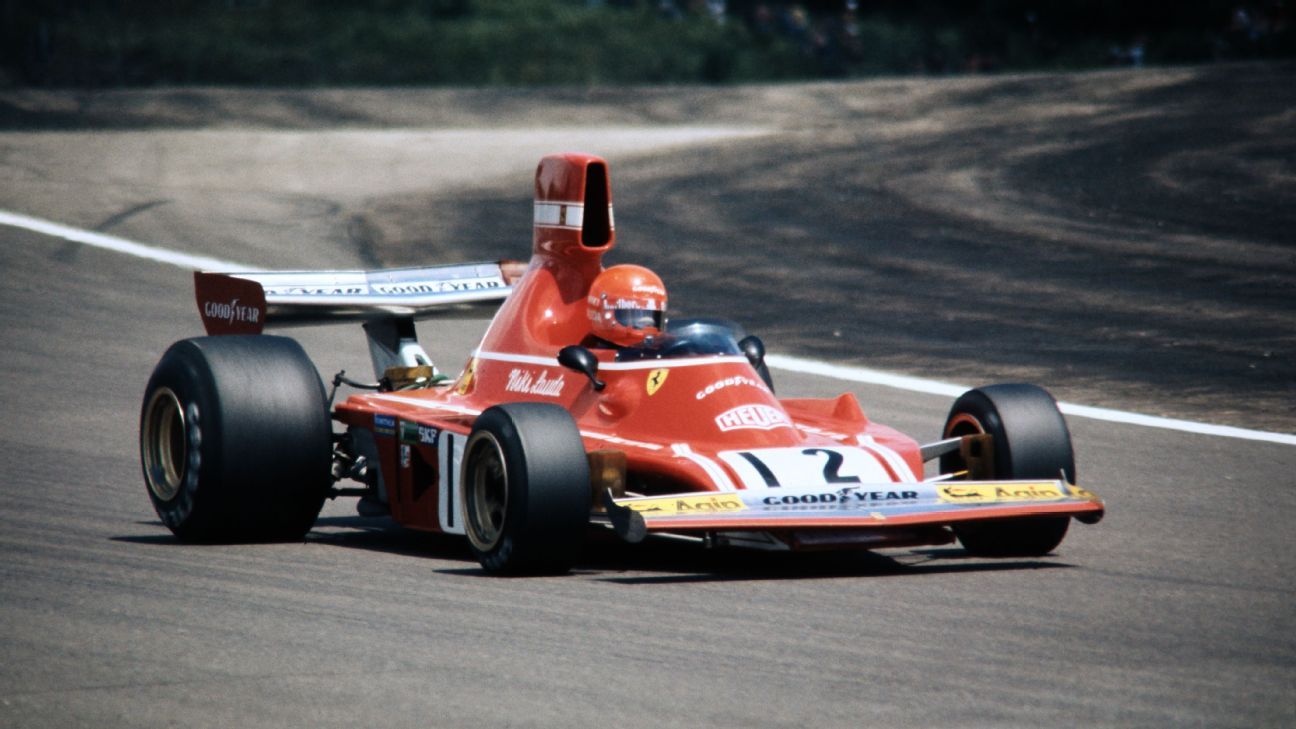 Formula One championship leader Charles Leclerc crashed the 1974 Ferrari of three-time champion Niki Lauda during a demonstration run at the Monaco Historic Grand Prix on Sunday.

The current Ferrari driver was at the wheel of the Ferrari 312 B3, which Lauda drove in period, for a handful of demonstration laps on his home circuit.

He was nearing the end of his time on track when he lost control of the rear of the car entering La Rascasse corner, spun and crashed rear-end first into the barriers.

Speaking to former F1 driver Jacky Ickx, who was also on track demonstrating a 1972 Ferrari 312 B2 he drove in period, Leclerc appeared to say he lost the brakes on entry to the corner, while motioning a pedal going to the floor with his hands.

Leclerc managed to keep the car running after the impact but damage to the rear wing meant it was rubbing against the right rear wheel as he pulled up on the pit straight.

The 1974 Ferrari crashed while racing at the same event last year when former F1 driver Jean Alesi was behind the wheel.

2023 Bentley Continental GT Mulliner takes place as two-door’s new flagship model
Why Would Anyone Ruin A Mercedes-Benz E400 Coupe Like This?
Jefferies analyst Philippe Houchois to speak at Automotive News Europe Congress
Cristiano Ronaldo’s Bodyguard Crashed His $2M Bugatti Veyron Vitesse In Majorca
BrightDrop out to show what EVs can do, and make money, too