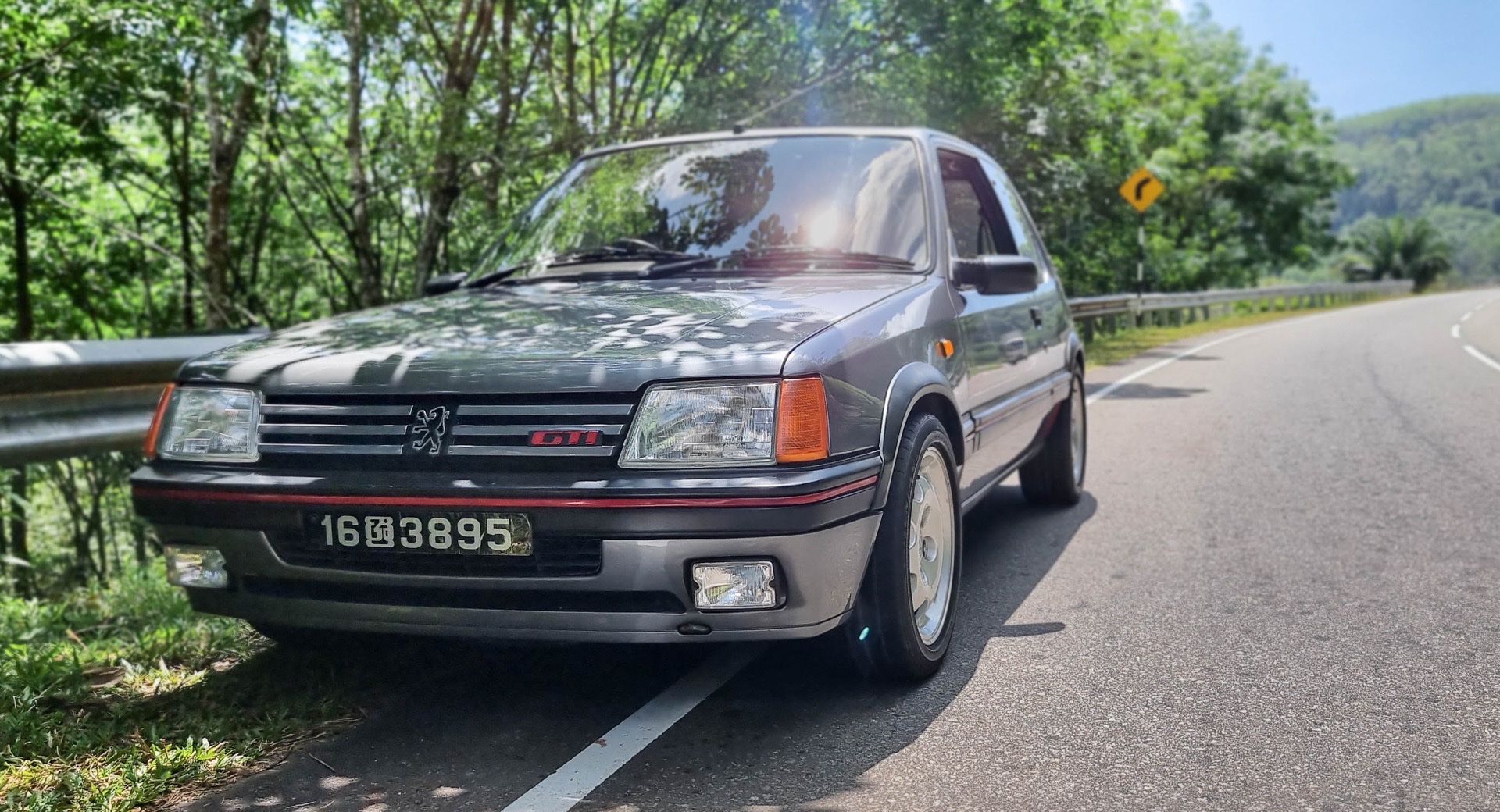 It’s all too easy to get caught up with numbers when it comes to modern performance cars. That’s not an indictment of the pursuit of power. Who can blame manufacturers for the one-upmanship? Whether it be horsepower, 0–60 mph, torque, or top-speed, there’s no denying the headline value that comes with pushing the spec sheet boundaries.

But sometimes, you need a drive behind the wheel of a retro car to shed some perspective on things. Numbers are often softened by the passing of time. When pouring over classics, the figures are often given second attention, with the true ethos of a youngtimer allowed to come to the fore. 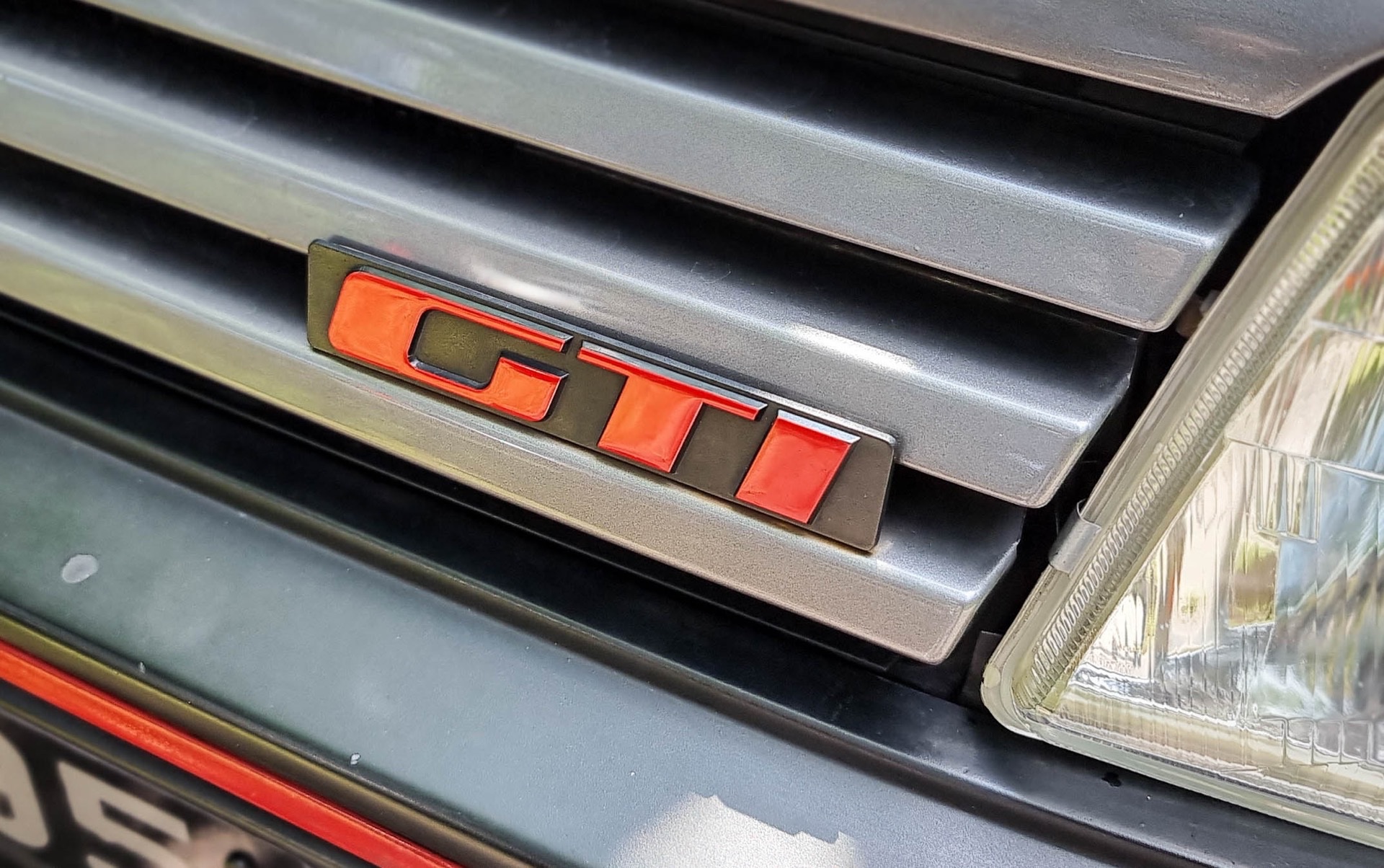 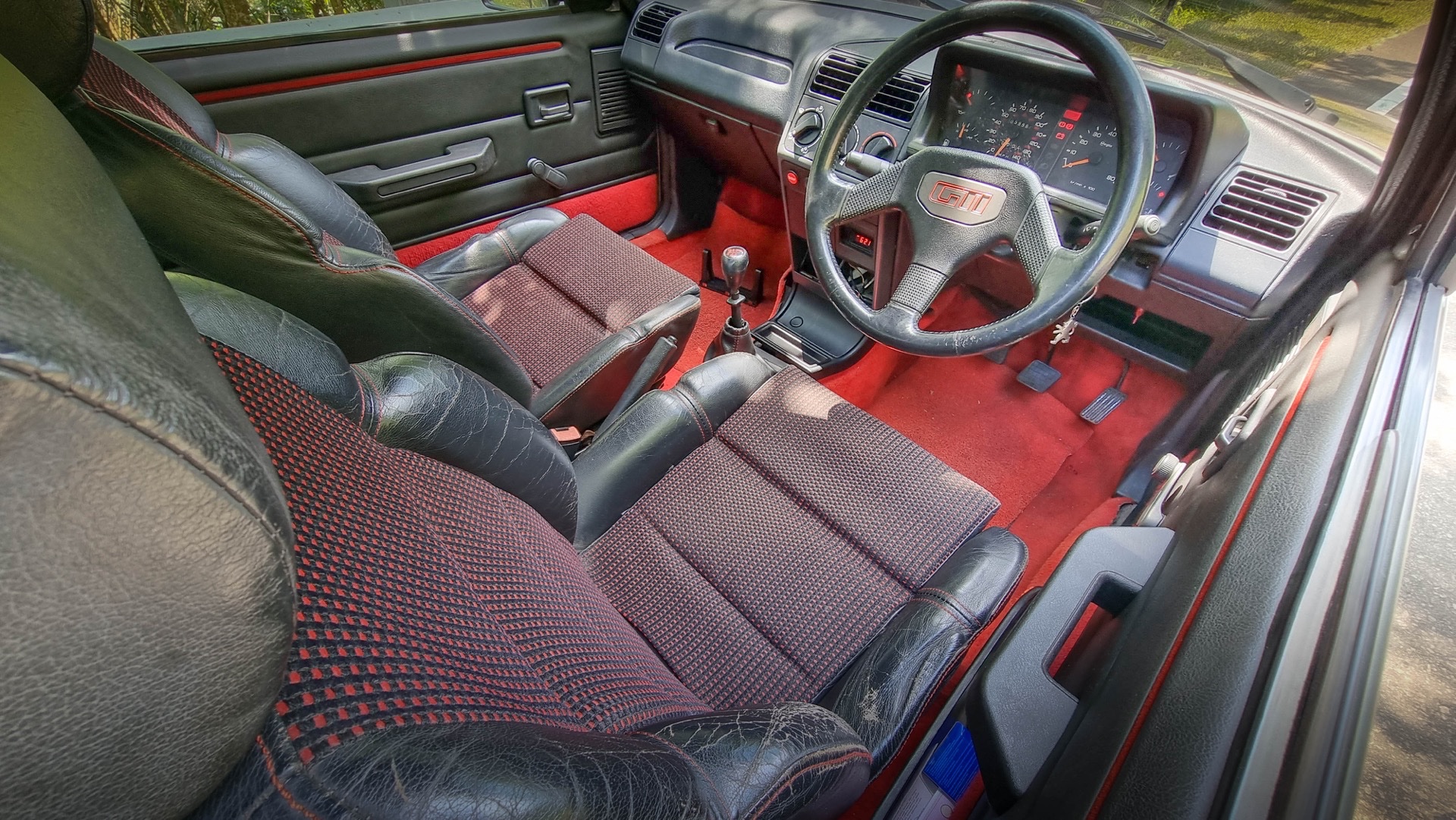 If there’s one thing modern cars do so effortlessly, it’s that they can isolate you from your surroundings. More often than not, this means dulling the sensation of speed — no such problems with the 205 GTi.

How Peugeot managed to shoehorn the larger engine into the engine bay is a feat in itself. Of course, this didn’t come without compromise. With the larger engine, owners had to choose between air conditioning or power steering. Our subject car forwent the latter.

Sure, it makes city driving a chore, but the lack of power assistance really does take you back in time. As too, do the interior plastics. Throughout the 80s and 90s Peugeot wasn’t exactly known for its quality interiors. The dashboard is made up of great expanses of cheap-looking plastics with trim pieces threatening to disintegrate if you look at them funny. 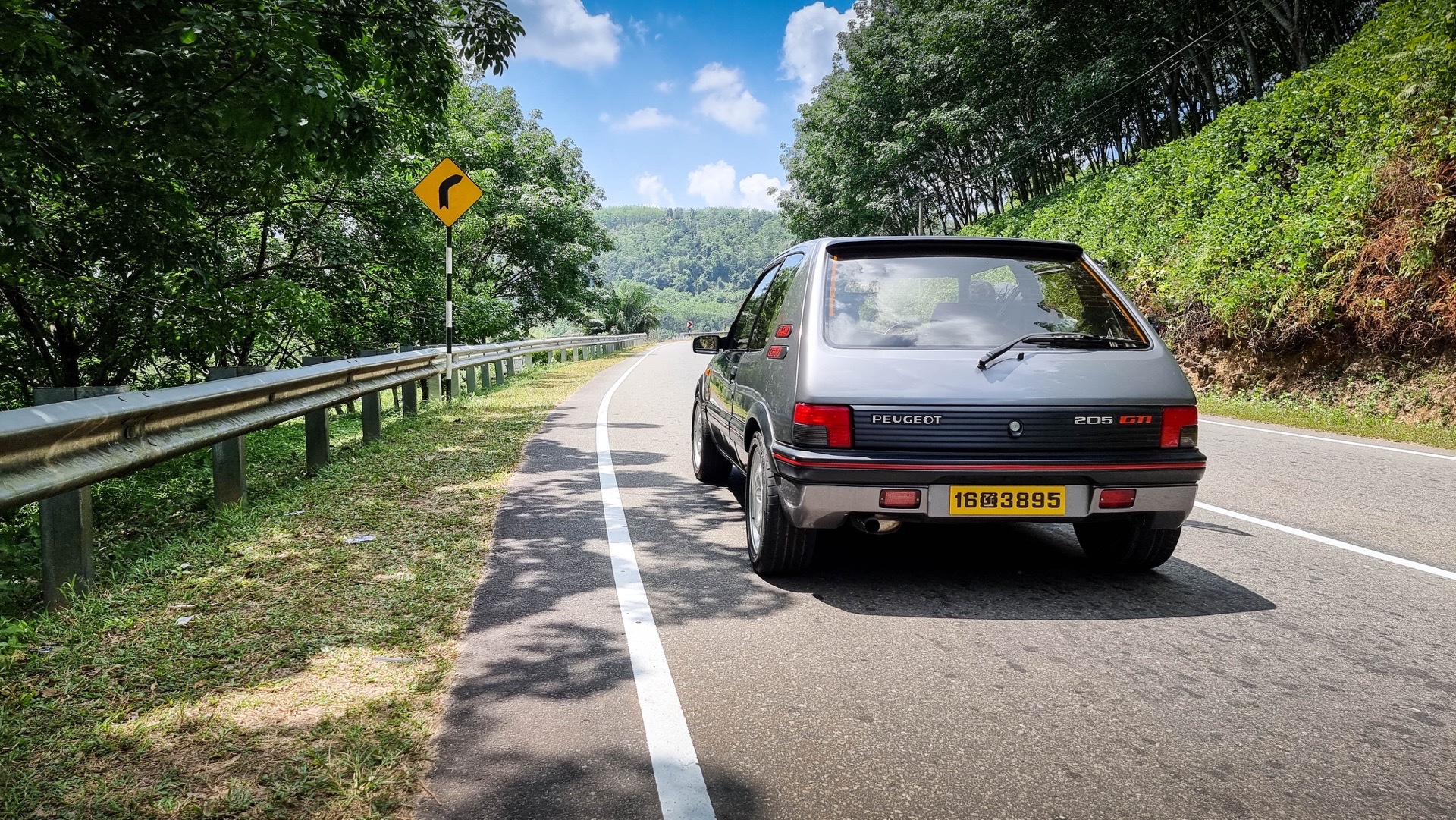 The driving position is close to the tarmac too. You sit slightly skew-whiff to the steering wheel, and wearing broad shoes can either enhance or unintentionally automate heel-and-toe gearchanges.

These seemingly minor differences add up to a somewhat flawed driving experience at first look. At slow speeds, the heavy front end is exasperated by a twitchy steering wheel that requires Popeye’s arms to turn — something that surely isn’t helped by the chunky-profile rubber. Pick up the pace, and the interior rattles and creaks remind you that not even a Euro NCAP dummy would volunteer to ride shotgun. And a few more mops of my brow are enough to inform me that the luxury of A/C expired at the last milepost.

It may sound obvious, but this is not a car that enjoys the duality afforded by modern hot hatches; pocket rockets that are great on a back road, but can still offer up the comfort of a commuter car in the vast majority of situations encountered in day-to-day driving. 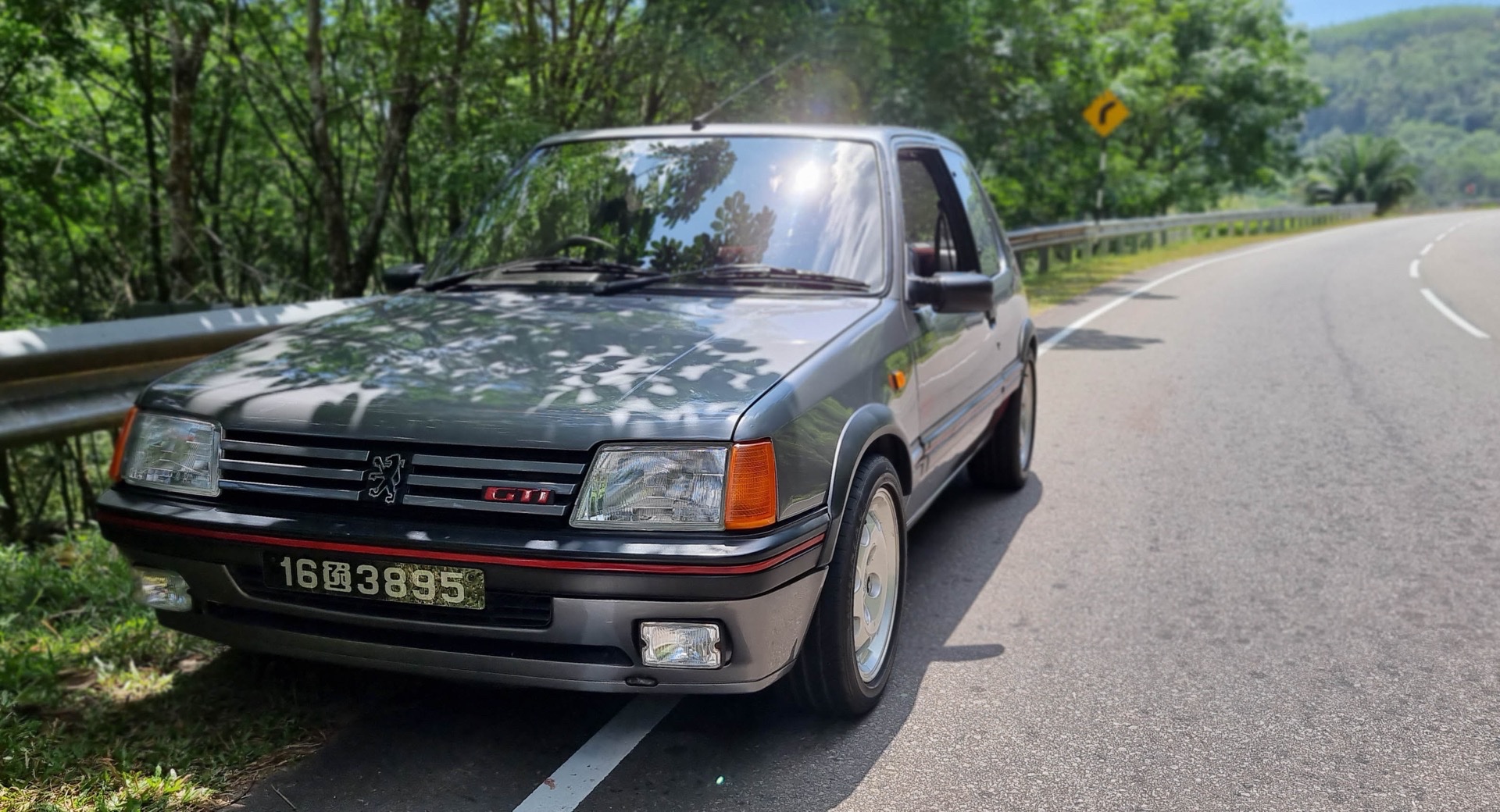 If you’re itching to highlight the fact that I’m missing the point of a forty-year-old hot hatch then I couldn’t agree more. However, it’s an important distinction to make. We often look at these cars with rose-tinted glasses, forgetting just how good modern machinery is.

In order to avoid being disillusioned when you meet a hero, you can’t just take a classic performance car at face value. That would be like meeting Andrea Bocelli at the supermarket and being disappointed he didn’t break out into “Time to Say Goodbye.” To truly appreciate it, you’ll need a front-row ticket. My front row seat was a quiet B-road, and the opera an intake-enhanced throaty warble of a French four-pot.

The road is what matters. It’s the kind of road that offers the perfect balance of tight corners, and sweeping cutbacks to allow interspersed with just enough straight to keep you on your toes. Especially if you’re wearing broad shoes.

The 205 GTi isn’t a car that challenges the limits of adhesion. On the contrary, it’ll happily understeer into a hedge — in fact, it wants to. No, instead, the 205 GTi is the kind of car that makes you challenge yourself. It’s ruthless, but it’s far from being unpredictable.

You steer the car with your right foot as much as you do with your arms. Approach a corner too hot, and instead of slamming on the anchors, you merely have to lift off the throttle, and the grip comes back. But lift off too much, and you’ll quickly be facing oncoming traffic. If you’re lucky.

There’s no getting around the weight over the front axle, but it does make the nose turn in predictably. The steering rack is quick to take instruction, the tires do their best without the aid of an e-diff, and the lack of power assistance means you can feel if you’ve run over a pea.

See Also: The Peugeot 205 Rallye Turned It Up To Eleven 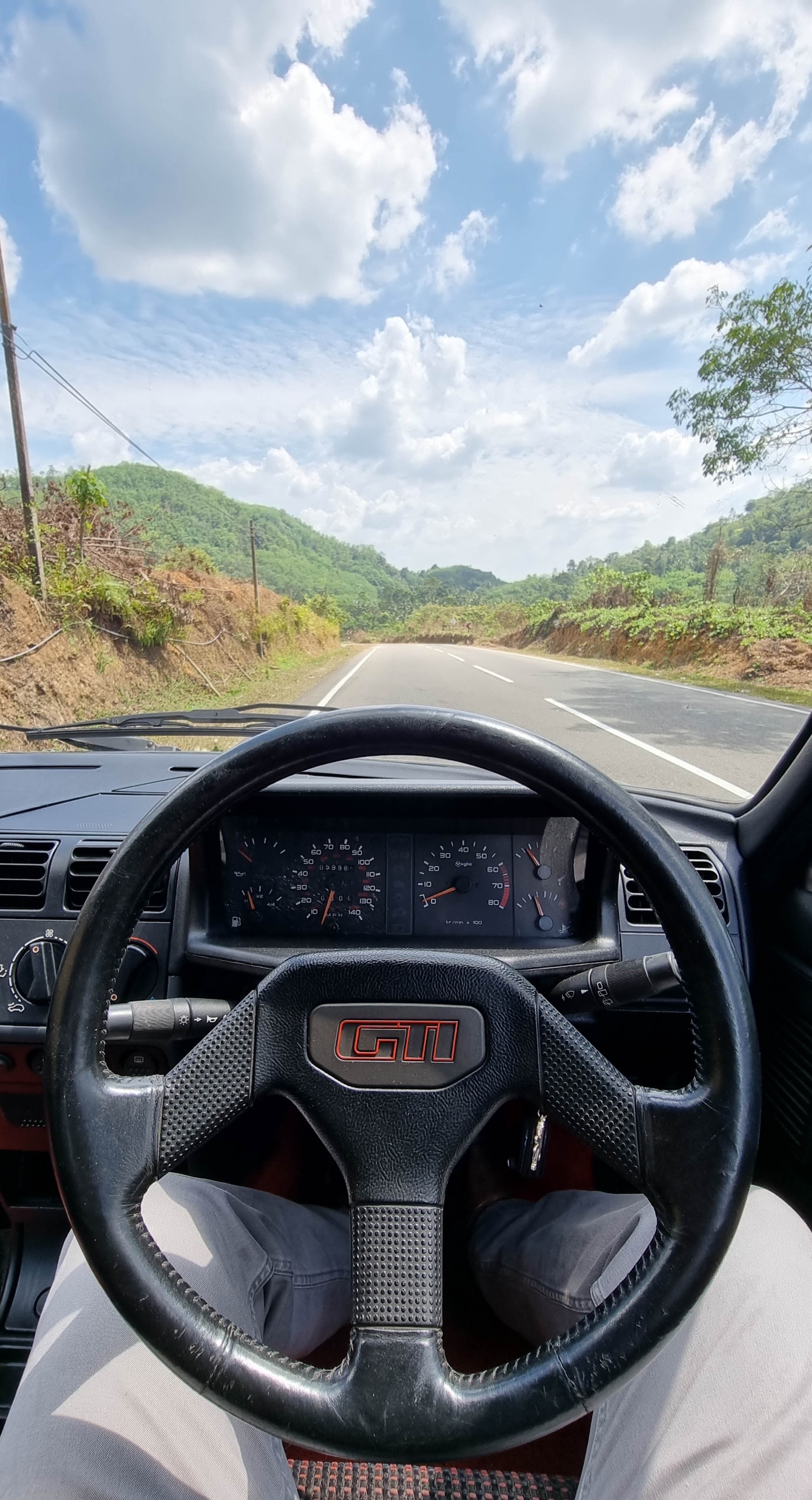 130 horsepower doesn’t feel like much in modern terms. And it isn’t. But the sensation of speed, compounded by that low seating position, heavy inputs, and flimsy plastic rattles, means you’re never lulled into a false sense of security.

This particular car is fitted with a gearbox from a 405 Mi16. The combination somewhat counters the often criticized lazier (but torquier) power delivery of the 1.9 engine.

Those super short ratios also mean frequent gear changes. You run out of puff at the top end, hitting 5th almost immediately. But it’s ideal for snicking through the cogs on a mountain backroad — if not for pure speed, for the added ability to harness every last rev within a tighter window.

Yes, the 205 GTi is a flawed machine. There are no physics-defying tricks up its sleeve. It lacks the oodles of power, trick differentials, or creature comforts we’ve come to expect. But with its flaws comes character. And it reminds us that sometimes there’s a less-spoken of category out there. The class of being perfectly imperfect.