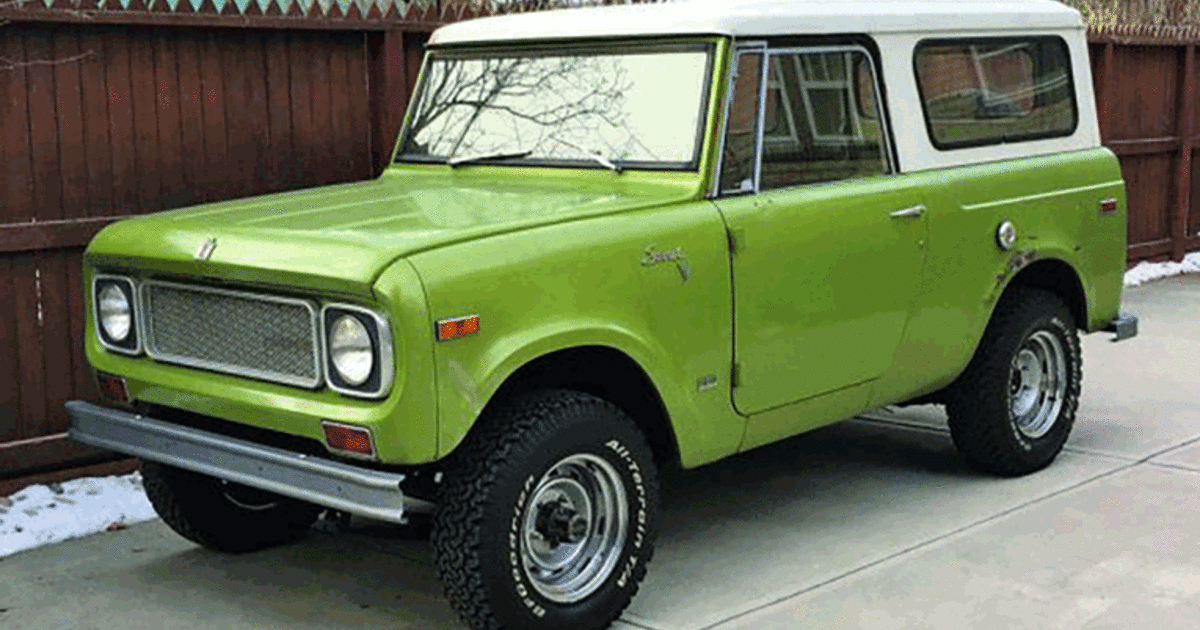 Shakespeare was wrong when Romeo rhetorically asks, “What’s in a name?”

The answer is not irrelevant — it’s money. In fact, Volkswagen is banking on that fact.

The German automaker is moving ahead with plans to resurrect the Scout name that it acquired last year when its heavy-truck brand merged with Navistar and, in the process, acquired the rights to the long-dormant name used by International Harvester for its off-roader from 1960 to 1980. VW reportedly is targeting 250,000 annual U.S. Scout sales — an SUV and a pickup — when the badge is revived in 2026, according to The Wall Street Journal.

But beyond the badge — which still carries some level of cachet among an aging generation of off-road enthusiasts, much like the also-Indiana-built Avanti does among performance aficionados — VW’s plan is for a “rugged” SUV and pickup which are, right now, completely outside its wheelhouse.

I could be proved wrong, but I’m skeptical that tomorrow’s Scout will be the same type of true off-road competitor to today’s Jeep Wrangler and Ford Bronco that the original Scout was to the Jeep CJ and Bronco decades ago.

In its announcement this week from its home in Wolfsburg, Germany, VW Group said that the coming Scout pickup and SUV would be “built upon a new technical platform concept which brings new pickup and [Rugged SUV] credibility beyond the existing Volkswagen Group portfolio.”

Consider how against the grain the above statement is: VW Group is in the process of uniting all of the electric vehicle aspirations of its brands from four onto just one platform, called the Scalable Systems Platform, or SSP. Scout may — or may not, we just don’t know yet — fit into that future SSP world. If it does, great; if it doesn’t, why pull every other VW, Audi, Porsche, et al., in one direction, and leave these brand-new things for a field in which you have no experience, off to play on its own?

I’ve covered VW for five years now, and if there’s one thing I’ve learned, it is that a company that somehow can still make money with 668,000 employees globally does so by sharing development costs as much as possible, hence its platform strategy.

To put it bluntly, in VW’s language, “unique” is a dirty, profit-sucking word. That’s why VW turned to Ford when it redesigned the only body-on-frame vehicle in its lineup, the Amarok midsize pickup.

If VW’s plan is to build a whole new company in the U.S. for Scout, it’s going to need help — and lots of it — if these planned vehicles are to recapture the spirit of the original International Harvester vehicles. VW’s engineering talents to this point have been pointed elsewhere. Its 4Motion all-wheel-drive system can go off-road, but it’s mostly tuned for on-road grip and handling — not slamming through mud bogs or climbing rocks with a disconnecting sway bar.

So what’s that all mean? It leaves me wondering whether Scout’s return to the market may be a lot closer to that of the Chevrolet Blazer than the resurrection of the Bronco.

And no, it probably won’t “smell as sweet” — at least not where it counts to those who still hold the original in high regard.

You may email Larry P. Vellequette at [email protected]