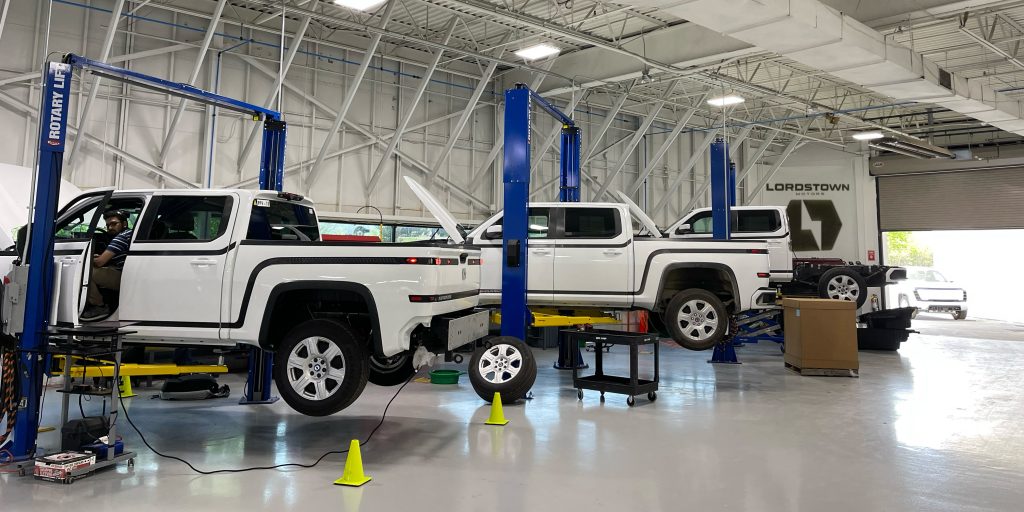 Lordstown Motors announced last night it has closed the sale of its manufacturing facility in Ohio to Foxconn after the two companies signed a contract manufacturing agreement and joint venture agreement for product development.

After several years of delays and challenges that prevented the launch of its Endurance all-electric pickup truck, Lordstown announced in early October 2021 that it would be selling its Lordstown, Ohio factory to Hon Hai Technology Group, more commonly known as Foxconn.

We have completed our Contract Manufacturing and Joint Venture Agreements with Foxconn. #RIDE

Lordstown described significant cash flow issues that would likely not allow the company to operate through the end of June 2022, it said in a filing late last year. It stated its ability to stay open through 2022 would be “dependent on its ability to complete the development of its electric vehicles, obtain regulatory approval, begin commercial-scale production and launch the sale of such vehicles.” The deal with Foxconn to jointly develop electric vehicles and the decision to sacrifice some of its assets to stay open has finally been completed after several delays.

Earlier this week, Lordstown announce it would delay the sale of the Ohio manufacturing plant, extending the deadline date by just four days. Lordstown also stated it would need an additional $150 million in capital to begin boosting production of the Endurance pickup, which had been set aside for tooling improvements. Without the tooling upgrades, the cost of producing an Endurance pickup would have been higher than the sale price of the vehicle.

Yesterday, on May 11, Lordstown and Foxconn completed the transactions that were a part of the Asset Purchase Agreement, which was submitted on November 10, 2021:

“Total proceeds to LMC were $230 million, plus the reimbursement of approximately $27 million in operating and expansion costs. In addition, Foxconn had previously purchased $50 million of LMC Class A common stock directly from the company. Concurrently with the closing, Foxconn and Lordstown Motors entered into a manufacturing supply agreement for the Endurance.”

Production of the Endurance pickup is still targeted for the third quarter, with initial commercial deliveries slated for the fourth quarter.

“The closing of the Foxconn APA and the completion of a joint venture agreement for the development of new electric vehicles using Foxconn’s MIH platform are important milestones for LMC,” Lordstown CEO Dan Ninivaggi said. “Our strategic partnership with Foxconn provides LMC with a flexible and less capital-intensive business model, access to broad supply chain and software capabilities and an effective vehicle development platform to bring EVs to market faster and more efficiently. I have always been a strong believer in what Foxconn is doing to accelerate the adoption of electric vehicles and we are proud to be their partner.”

Disclosure: Joey Klender is not a Lordstown shareholder.