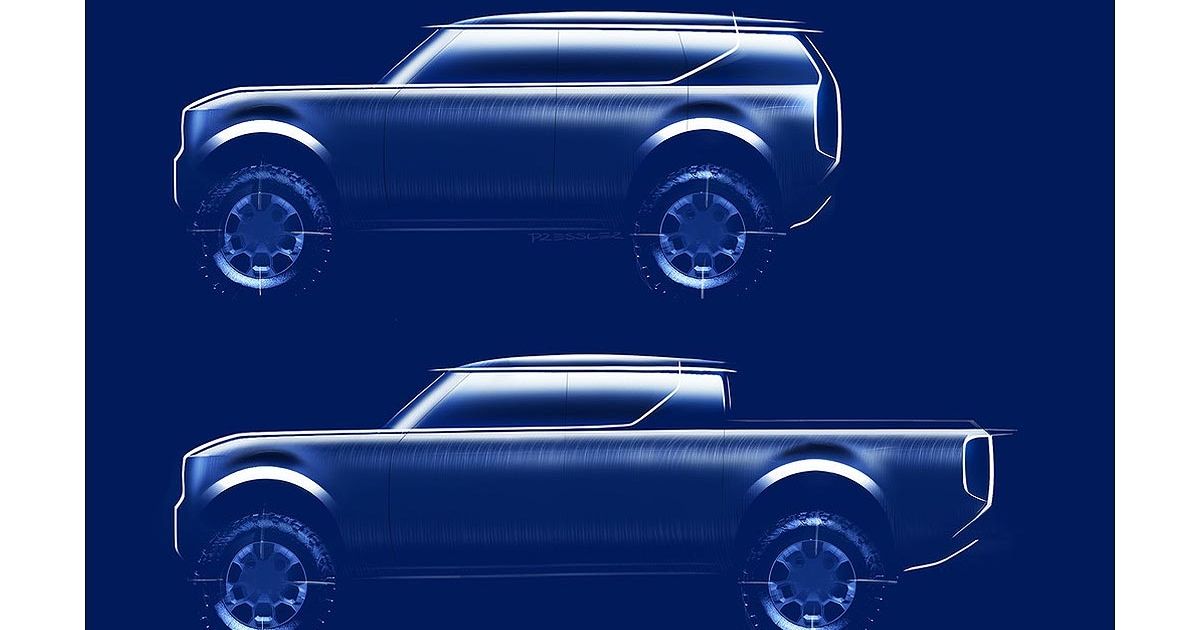 Volkswagen Group confirmed that it will launch a U.S.-based Scout subbrand for an all-new “rugged” electric pickup and SUV that will be on a new platform and unlike anything else in the automaker’s massive global portfolio.

VW Group will build a “separate, independent company” to resurrect the Scout name, which it acquired last year as part of its heavy-truck subsidiary’s purchase of Navistar.

The automaker plans to show its first prototypes next year and start production in 2026, though details of where remain unclear.

“After Volkswagen’s successful turnaround in the U.S., we are now taking the opportunity to further strengthen our position in one of the most significant growth markets for EVs,” VW Group CEO Herbert Diess said.

“Electrification provides a historic opportunity to enter the highly attractive pickup and R-SUV segment as a group, underscoring our ambition to become a relevant player in the U.S. market,” Diess said in a statement on Wednesday.

Diess believes the company can hold a 10 percent market share across all of its brands in the U.S., and tasked VW of America CEO Scott Keogh with making that happen by the end of the decade.

Keogh has previously said that it would be difficult to hit that target without “playing” in the pickup segment, which represents about 15 percent of the overall U.S. market.

VW Group finance chief Arno Antlitz said that Scout “will be a separate unit and brand within the Volkswagen Group to be managed independently. This aligns with the new group steering model — small units that act agilely and have access to our tech platforms to leverage synergies.”

The big unknown question in the announcement is who exactly will retail the Scout-branded vehicles in the U.S. and how.

VW dealers, including Tom McMenamin, the current chairman of the VW National Dealer Advisory Council, were not informed of VW Group’s plans regarding Scout prior to the news leaking out. McMenamin told Automotive News by text that he had asked for more information from the automaker, but as yet hadn’t heard.

Meanwhile, a spokesman for VW Group of America also could not answer the question, referring to a statement that read: “The introduction of an electric pickup truck brand in the U.S. reflects the Volkswagen Group’s growth ambitions to become a key player in the region while addressing a critical need in the market. We aim to share more news as it becomes available.” He declined further comment.

VW, which gained a following in the U.S. with the Microbus and Beetle, has struggled with how to enter the lucrative U.S. pickup market, long dominated by the Detroit 3. It also lacks a bonafide off-road SUV such as the Jeep Wrangler or Land Rover Defender.

International Harvester, known for tractors and heavy-duty trucks, began building the Scout in Nov. 1960, some five years before the Ford Bronco.

One of the industry’s first SUVs, along with the Jeep CJ, the boxy Scout became one of International Harvester’s most popular consumer vehicles of all time.

International Harvester discontinued the Scout line of trucks in 1980 — a decade before Ford introduced another light truck that would bring more momentum to the SUV market — the Explorer.

Light trucks, notably SUVs, pickups and crossovers, are booming and among the U.S. auto industry’s most profitable vehicles. General Motors has revived Hummer as an EV brand and Ford Motor Corp. resurrected the Bronco badge to much early success. And a fierce battle is emerging as EV startups such as Rivian target the electric SUV and pickup market.

There is opportunity in resurrecting revered nameplates. Ford Motor said last week customers new to the company account for as much as 70 percent of U.S. sales of its latest nameplates — the Maverick compact pickup, Bronco SUV, Bronco Sport crossover and Mustang Mach-E electric crossover, all with familiar names.

VW is targeting sales of up to 250,000 Scout-branded models annually in the U.S., the Wall Street Journal reported, with output slated to begin in 2026.