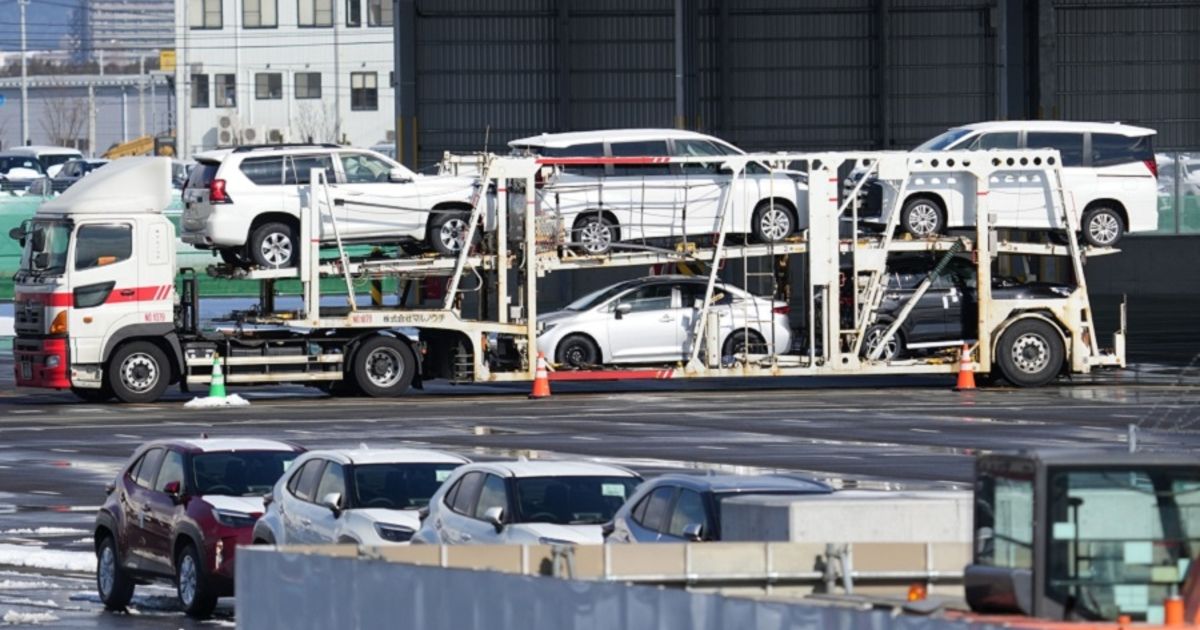 TOKYO — Toyota smashed earnings records across the board in the latest fiscal year, racking all-time highs for revenue, operating profit and net income even as it battled the ongoing COVID-19 pandemic and global semiconductor shortage.

Global sales advanced 7.6 percent to 8.23 million vehicles in the fiscal year. The consolidated sales figure covers deliveries for the Lexus and Toyota brands, as well as Daihatsu and Hino.

In the just-finished fiscal year, Toyota expanded it profits despite soaring costs for raw materials and logistics as well as increased expenses for labor, R&D and depreciation. A tailwind from beneficial foreign exchange rates and lower marketing costs helped offset the cost surge.

Looking to the future, however, Toyota was not as confident.

The ever-conservative automaker forecast that operating profit and net income will retreat in the current fiscal year ending March 31, 2023, even as it eyes record retail sales.

Toyota expects raw material costs to more than double from the total hit last year. And the outlook is further clouded by uncertainty over inflation in markets such as the U.S., lingering semiconductor supply chain woes, pandemic lockdowns in China and the ongoing war in Ukraine.

“These factors will be compounded,” Chief Communications Officer Jun Nagata said. “This fiscal year, it’s going to be even more difficult than other years to make a forecast.”

Toyota will do its best to shelter suppliers from raw material price increases by absorbing the extra cost, CFO Kenta Kon said. The company will also be judicious about passing on the cost to customers through higher sticker prices, executives said. While there are some vehicles and regions that may accommodate price increases, other markets and models will not.

Executives declined to offer more details. But Nagata said Toyota’s strength is being a full-lineup player that can offer everything from economical compacts to luxurious SUVs. The company has and offering in just about everybody’s price range, even in an era of inflation, he said.

Holding the line like that is expected to tamp down profits.

But at the same time, Toyota also expects global retails sales to expand 3.1 percent to 10.7 million. If achieved, that would post another record for the automaker.

Toyota eked a 6.2 percent increase in global output to 10.06 million units in the just-finished fiscal year as it ramped up factories to cover lost output from the previous two fiscal years.

Global production fell 2.2 percent in the fiscal year ended March 31, 2020, as the pandemic hit. And it slumped 8.9 percent the following fiscal year as the chip shortage compounded the pain.

In March, Toyota booked record output for the month of 1.01 million vehicles.

For the January-March period, however, worldwide output slipped 0.5 percent, as operations were hit by a number of factors, including pandemic-related supply interruptions, a cyberattack on a supplier, continuing semiconductor shortages and an earthquake that disrupted parts flow.

Toyota has said it will not rush in its race to recoup lost production, slowing the pace of recovery from April to June as part of an “intentional pause” to achieve a more “reasonable” pace of output as the chip shortage and pandemic continue to crimp the industry.