A Dodge Grand Caravan from the mid-2000s is far from the most desirable minivan out there and this particular example is more horrific than most.

This bizarre Grand Caravan was spotted in the U.S. and a single image of it was shared to Reddit. Describing it as unsafe to drive would be an understatement and it should probably be taken off the streets before it’s too late.

The first thing you’ll notice about this bizarre Grand Caravan is that it has a roof rack carrying a whole bunch of junk. There is a Dodge steering wheel up there as well as a shopping cart and an obscene amount of wires and random pieces of what appears to be timber. There even appears to be a trombone up there.

You’ll then notice that the entire exterior of minivan appears to have been singed by fire, is covered in a thick layer of soot and has various melted parts, including the rear doors and side windows.

The story behind this Grand Caravan and how it got to this bizarre state is unclear but the only place where it would make any sense would perhaps be on the set of The Walking Dead, surrounded by zombies and shot up by humans desperately trying to survive.

Perhaps the owner of the car was inspired by The Walking Dead or some other post-apocalyptic TV series of film when turning this Grand Caravan into what you see before you. Either that or they, for some reason, thought it would be a good idea to transform the minivan like this. 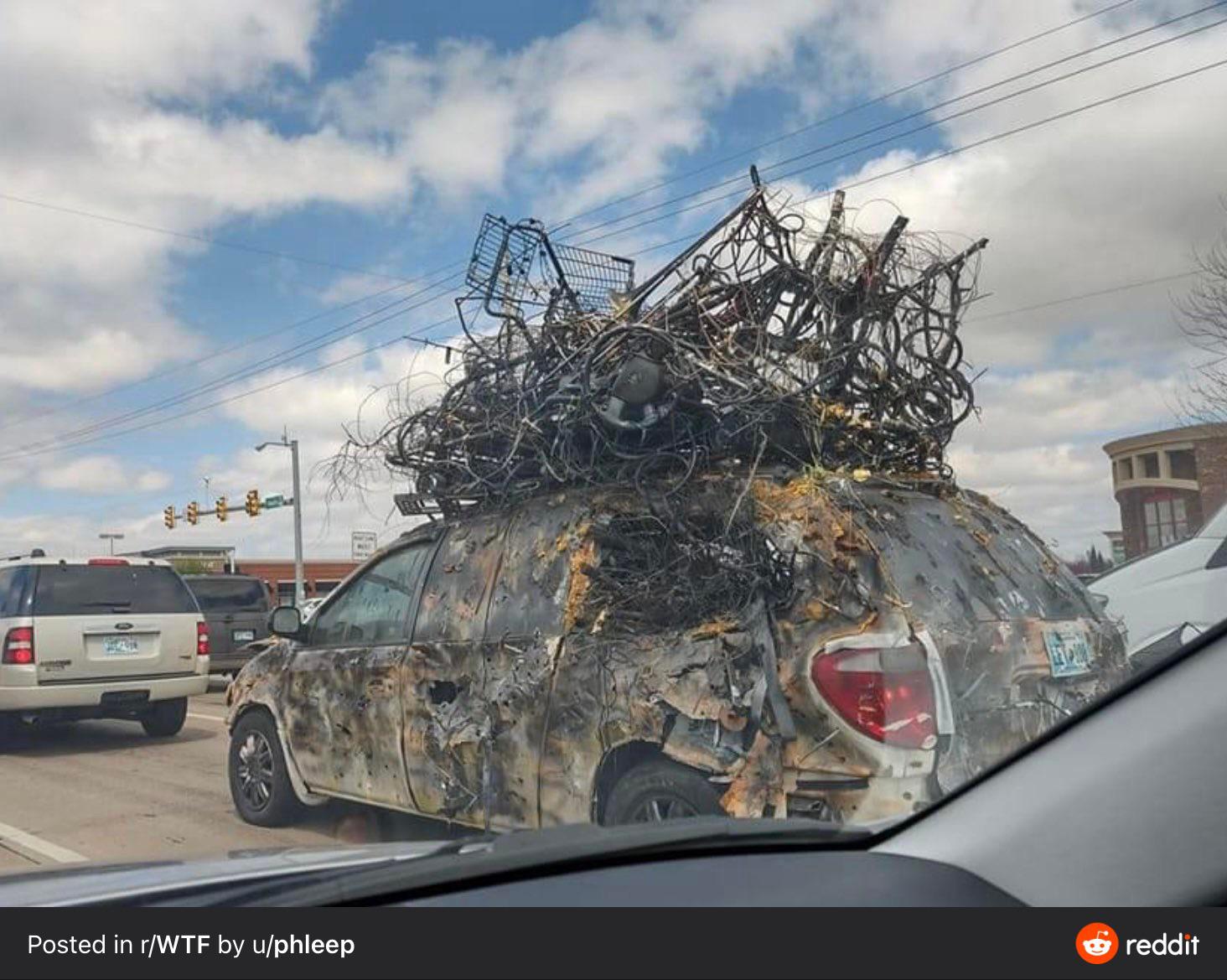