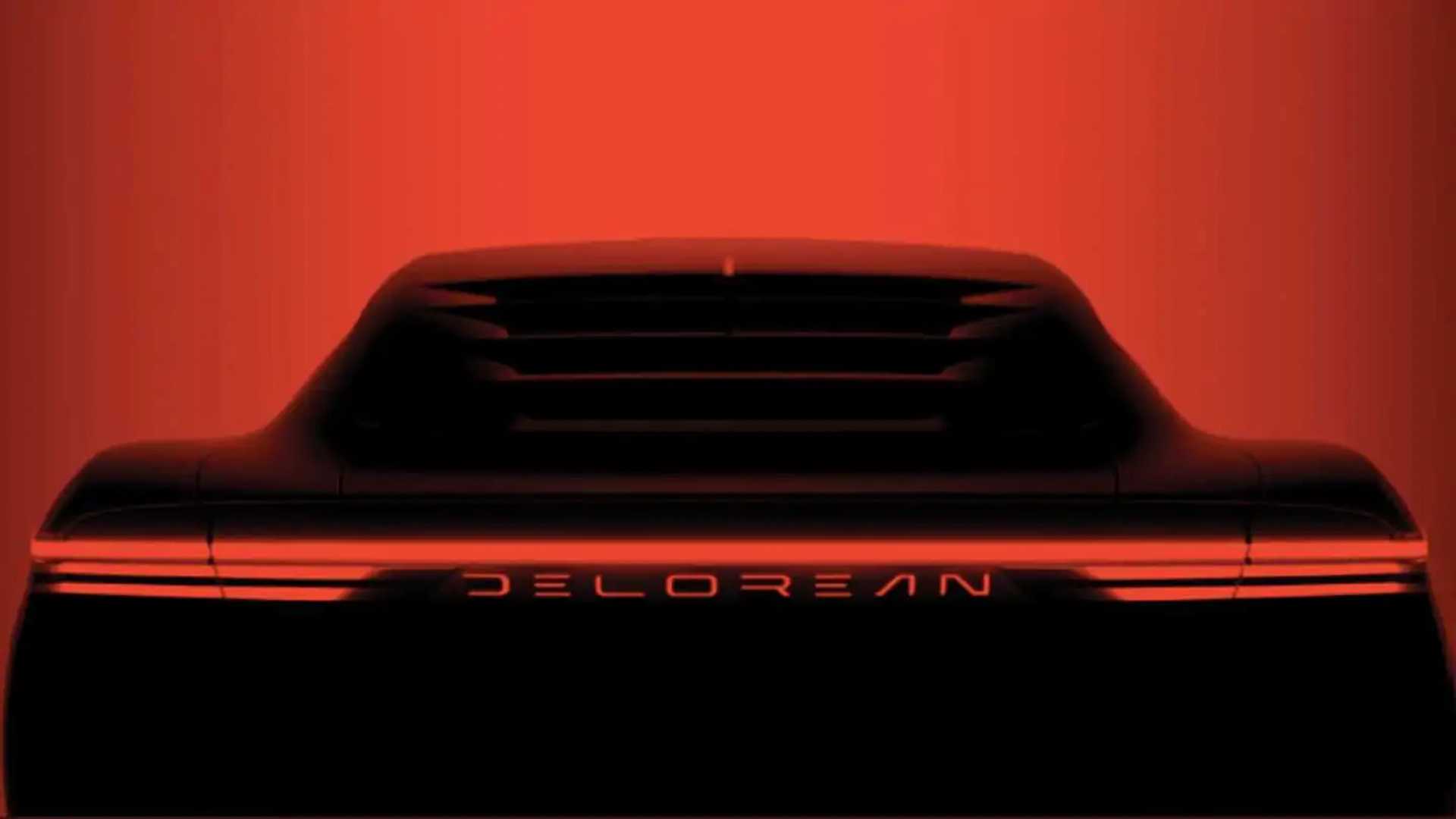 We wonder what prompted the reborn DeLorean company to choose to reveal its new electric sports car sooner than initially planned. Usually in the industry, things are the other way around and vehicles get postponed, they hardly ever are shown sooner than previously announced.

DeLorean wanted to first show the vehicle it calls EVolved on the Concept Lawn of the 2022 Pebble Beach Concours d’Elegance, and this was set to take place on August 18. However, now the newly formed company, based in Texas, has just announced that it will actually show the model much sooner, on May 31.

With the announcement that EVolved will be shown sooner, DeLorean also gave us a new teaser, although it still shows the rear of the vehicle, and not the all important front fascia or side profile that we’ve yet to see. These parts of the car are still a mystery to us right now, although we do know it will be an homage to the original DMC-12 through its gullwing doors, the rear deck lid louvers and some cosmetic details.

This is not a reimagining of the original DMC-12, but rather a completely new electric vehicle that only borrows key cues to keep the connection between old and new visible. Therefore, you should not expect it to look anything like the classic, and it will be a much more rounded and modern shape, very different in style to the angular original.

DeLorean, the original company, was in business from 1975 until 1982 and it produced around 9,200 of the famed DMC-12, the car made famous by the Back to the Future movie franchise. Had it not been for these movies, we doubt the vehicle would have gained the cult following it enjoys today because of the fact that its only strong positive attribute was its look, leaving to be desired in virtually every single other area.

The DeLorean company was reestablished in 1995, but only to service and repair the vehicles that had already been built – no more DMC-12s were assembled. The new company did acquire all the remaining parts inventory, as well as the right to use the stylized DMC logo.

This Twin-Turbo Lamborghini Huracan Will Leave You Breathless
F1’s Hamilton ‘transformed’ by recent trip to Africa
Is Final Gas Mustang Coming As Ford Makes Way For Mustang EV?
UK sets out roadmap for self-driving vehicle usage by 2025
This Toyota Fortuner Has A Built-In Toilet That Is Accessible From Inside The Cabin