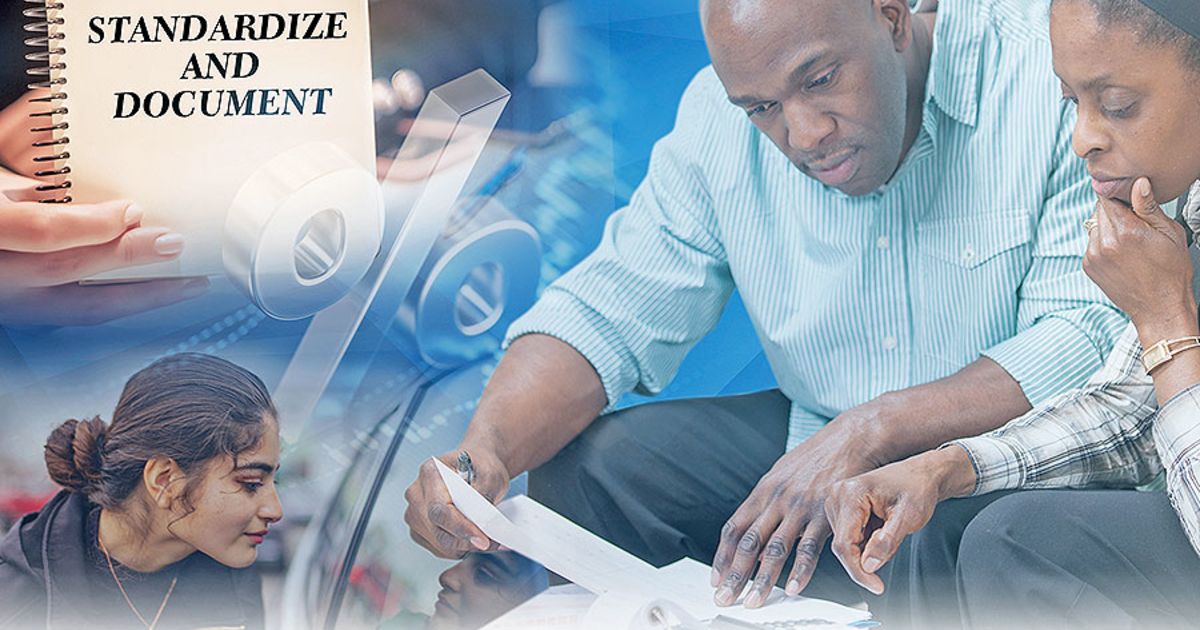 “That’s the best thing you can do,” he said.

The new chairman of the National Automobile Dealers Association also promoted use of the 3-year-old program just three weeks before the March 31 settlement announcement.

“It’s something we need to continue to cascade to our industry,” then-incoming NADA Chairman Michael Alford said at the American Financial Services Association Vehicle Finance Conference on March 10 in Las Vegas.

The FTC accused the Napleton group in a March 31 complaint of misrepresenting F&I products as mandatory and charging for them without customer consent. It also alleged Napleton charged Black customers $99 more on average for F&I product packages than it did similar white patrons and an average of 0.184 percentage point more in discretionary interest rate margin.

“Working closely with the Illinois Attorney General, we are holding these dealerships accountable for discriminating against minority consumers,” Samuel Levine, FTC Bureau of Consumer Protection director, said in a statement April 1. “Especially as families struggle with rising car prices, dealerships that cheat their customers can expect to hear from us.”

Nisen & Elliott Managing Partner Kenneth Rojc called the Napleton case one of the first times the FTC has alleged discrimination in ancillary products.

“This is a preview of coming attractions,” he said at the Auto Finance Risk Summit in late April in San Diego.

“Most of [the FTC’s] claims were based on interpretations of statistical data and there was no actual finding of intentional wrongdoing,” Napleton spokesman Tilden Katz said in an emailed statement April 1.

The FTC’s complaint doesn’t allege Napleton deliberately discriminated against Black customers. Instead, the agency said Napleton allowed “sales personnel, at their discretion, to increase the cost of the transaction” and that Black buyers were charged higher F&I prices and interest rates.

“Disparities in charges between Black consumers and non-Latino White consumers are statistically significant and cannot be explained by factors related to underwriting risk or credit characteristics of the applicants,” the FTC wrote. “Corporate Defendants’ discretionary policy is not justified by a business necessity that could not be met by a less discriminatory alternative.”

The government is on the hunt not just for intentional discrimination but instances of disparate impact, according to Henrick. The concept refers to situations in which a company’s practices inadvertently create a different result for a protected class.

Since 2014, NADA has suggested dealerships use an optional interest rate margin policy it created in conjunction with the American International Automobile Dealers and National Association of Minority Automobile Dealers. Under that Fair Credit Compliance Policy & Program, dealerships would charge everyone an identical margin for arranging auto loans, deviating downward only under certain specific conditions and documenting each time it happened.

This game plan was modeled after terms outlined in 2007 Department of Justice consent orders with dealerships, and the Napleton settlement offers the retailer the option of adopting an interest rate policy similar to the NADA template.

Dealerships adopting this policy would charge an identical product margin to every customer and reduce it only when confronted with one of five predefined business reasons.

One of those is a situation in which a dealership is confronted with a competitor’s offer. NADA, NAMAD and AIADA recommend retailers set a consistent policy of meeting the offer or beating it by a fixed amount rather than mixing and matching approaches. Any such downward deviation would be documented.

Ryan Daly, East Central Region district manager at compliance firm KPA, said his company trains dealerships to use product pricing consistency, and he had a similar policy when he worked as a finance manager.

Unlike the 2014 dealer interest rate initiative, the NADA F&I products policy isn’t based on a federal consent decree. The Napleton settlement also doesn’t spell out a product pricing mandate with the kind of detail seen for interest rate margins.

But it does require the retailer to “maintain written guidelines specifying the reasons for assessing or not assessing any fee or other charge, each of which must be objective and none of which can be discriminatory.”

Daly said he didn’t think the Napleton case would be the last industry-related action from the FTC this year.

“They have thousands of complaints that they haven’t acted on yet,” he said.