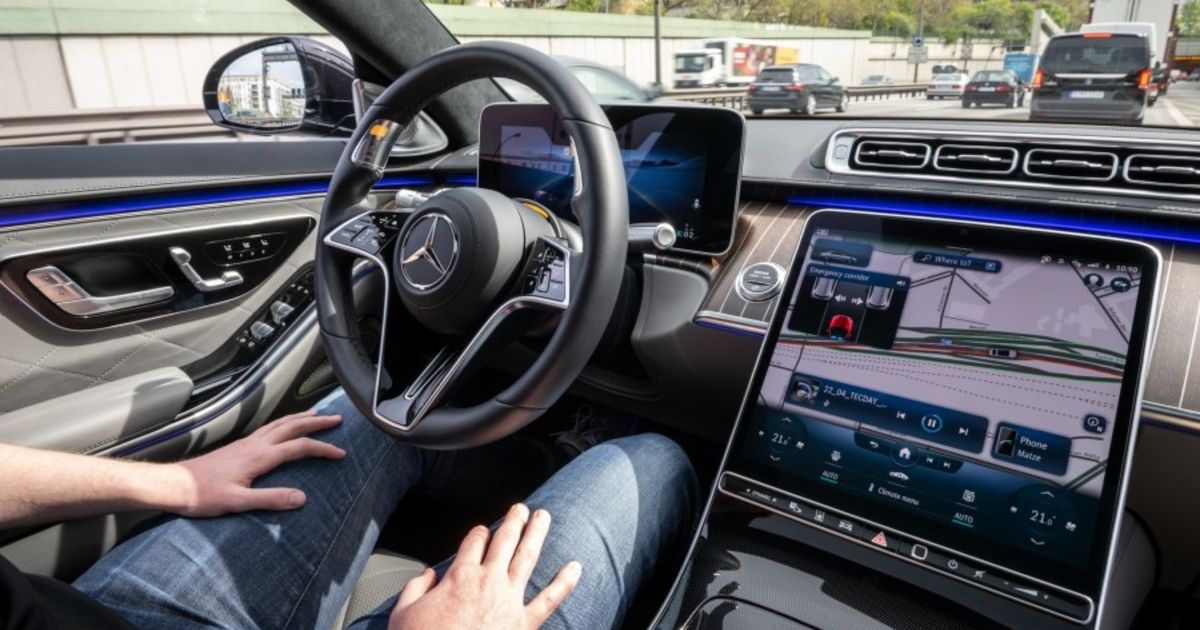 Mercedes-Benz will offer Drive Pilot, the first Level 3 autonomous driving system approved for European public roads, as an option on S-Class and EQS models starting May 17.

The system allows the car to take control of driving functions under certain conditions, freeing the driver to do other things such as answer emails. Drive Pilot is approved for use on about 13,000 km (8,100 miles) German highways at speeds of 60 kph or less, meaning its primary use would be in congested traffic or traffic jams.

Drive Pilot uses radar, lidar and cameras, as well as ultrasound and moisture sensors, to provide data on road conditions to vehicle computers. It controls speed, braking and lane position.

The system can ask the driver to take control at any time, a prerequisite for Level 3 autonomy. If the driver does not respond within 10 seconds, the car will come to an emergency stop.

The system will be offered only in new cars, and cannot be retrofitted, a Mercedes spokesman said Friday, because it requires installation of additional hardware.

Mercedes received approval in December from German regulators for the system, beating Tesla and other rivals in the race to win certification for conditionally assisted driving, or Level 3 on the SAE scale.

The automaker is aiming to receive certification to sell the system in California and Nevada by the end of this year. Germany remains the only European country that allows some Level 3 automated driving, the Mercedes spokesman said.

BMW, Mercedes’ premium rival, hopes to win approval this year for a Level 3 system in its new 7 Series luxury sedan. Tesla has long promised true “hands off” abilities for its Full Self Driving package but still requires drivers to be fully attentive and ready to take over.

Audi had prepared its A8 sedan for Level 3 driving but suspended the effort in 2020, and Honda won conditional approval in Japan in 2021 for a similar system but deployed it only in limited production.

Volvo is testing what it calls “unsupervised autonomous driving,” which it aims to have available to customers in California first before rolling it out in other markets.

Stellantis says it will have Level 3 available by 2024.

Mercedes says it is preparing for the next step in automated driving with “pre-installation” of Intelligent Park Pilot, which enables driverless parking.