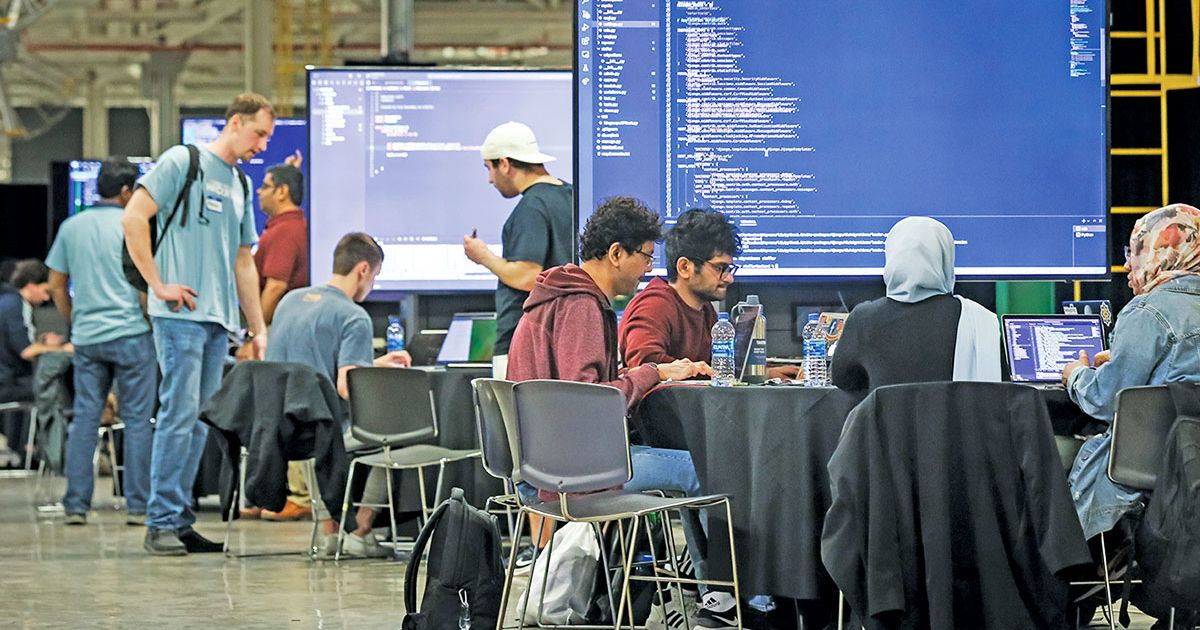 The winning team was awarded $15,000 for an app that dishes out points for safe driving techniques, while deducting points for riskier behaviors. The idea is that users could compare their performance with other drivers and leverage high scores to get discounts for vehicle service, merchandise and insurance.

Watching the projects come together gave Stellantis a view of perspectives and ideas that the company can layer into its plans, said Charlie Cross, Stellantis’ head of connected services.

“We gave them this challenge and said we have all of this data we can get from vehicles — we have all these different capabilities,” Cross told Automotive News. “Basically, think of it as ingredients in a cupboard. We stocked a cupboard full of delicious ingredients and we said, ‘Go bake something delicious for us.’ ”

The hackathon is indicative of a broader effort by Stellantis to leverage software to transform the driving experience and keep features flowing into vehicles via over-the-air updates. CEO Carlos Tavares has expressed a desire for Stellantis to be a nimble “automotive tech company” instead of a “dinosaur” that is slow to adapt.

Some students at the hackathon could end up helping Stellantis reach that goal. Several were offered jobs with the company.

“We were able to see how they worked,” Cross said. “It was really the best interview we could ever give someone because we’re seeing them do the work that we would want to bring them in to do. So, in that regard, we were successful and able to evaluate them on top of them having a lot of fun and us having a cool output from the event.”

The automaker provided several vehicles from which students could gather live driving data. The teams used a cloud-based Stellantis software development kit for the apps.

Participants sometimes requested the vehicles to be driven in a particular way. They observed this driving data as it came in and tweaked their coding.

One of the ideas that sprouted from the event mimicked the basketball game Horse in which players have to duplicate shots made by an opponent. With the app, users can drive to certain places to spell Stellantis brand names, such as visiting a Chipotle restaurant to get the “C” in Chrysler and then other establishments that begin with the remaining letters. The drivers earn points for each letter and a bonus for completing the word.

Cross said he sees a lot of potential with that vision, which came from a team of freshmen.

As Stellantis transitions itself into a tech company, Cross said hackathons will be a common activity like at other such businesses.

“What we were able to do is simplify developing software in the car, so we’re able to hide all the complex details of getting your software to run on a vehicle by building this toolkit for the students and then letting them use it,” Cross said. “Based on what they were able to produce, we’ve kind of proven that we’re able to separate the complex hardware and details of the vehicle from the software and the cool features we want to build on top of it. Not only can a student do this, but really anyone inside, or even partners outside of the company, can now start developing on a platform.”