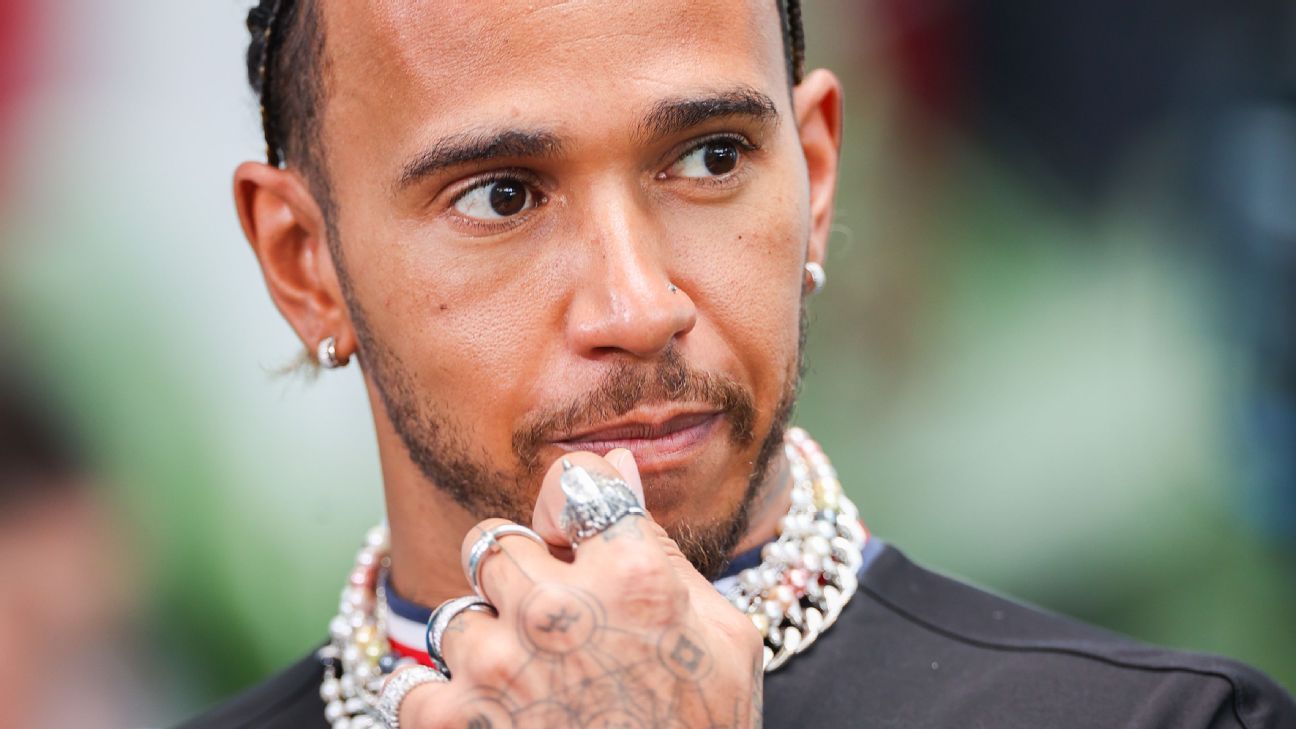 Seven-times world champion Lewis Hamilton said he has no intention of removing his body piercing despite being given just a two-race exemption to resolve the issue.

Hamilton said on Friday that he was prepared to be banned from racing in this weekend’s Miami Grand Prix after governing body the FIA issued a reminder about safety regulations barring jewellery.

But the FIA avoided a showdown with the Mercedes driver after agreeing to a two race exemption over his body piercing with Hamilton then expected to be compliant with the rules by the time of the Monaco Grand Prix.

Asked after qualifying on Saturday whether he was satisfied with the resolution of the conflict, Hamilton said he was not and that he had no intention of removing the piercing.

Hamilton had appeared at Friday’s drivers press conference wearing rings on all his finger, heavy neck chains and three watches in an obvious show of defiance.

Asked how he would approach the Monaco race, on May 29th, Hamilton said: “I’ll wear four watches next time.”

Hamilton, who will start in sixth position on the grid in Sunday’s Miami race, suggested that the FIA’s stance was not motivated by safety concerns.

Hamilton has a piercing in his nose and another in a part of his body he has declined to reveal.

Haas driver Kevin Magnussen has also questioned the jewellery crackdown saying he is not happy at the idea of having to remove his wedding ring.

“I understand what they are they saying, but it is a wedding ring around your finger,” said the Dane.

“With something like that, like your wedding ring, let us take that responsibility. There must be somehow to remove liability,” he said, while adding that he would comply with the regulations to avoid a fine.

Aston Martin’s four-time world champion driver, German Sebastian Vettel, had mocked the FIA’s dress rules on under garments by wearing his underpants over his race suit in Friday’s practice