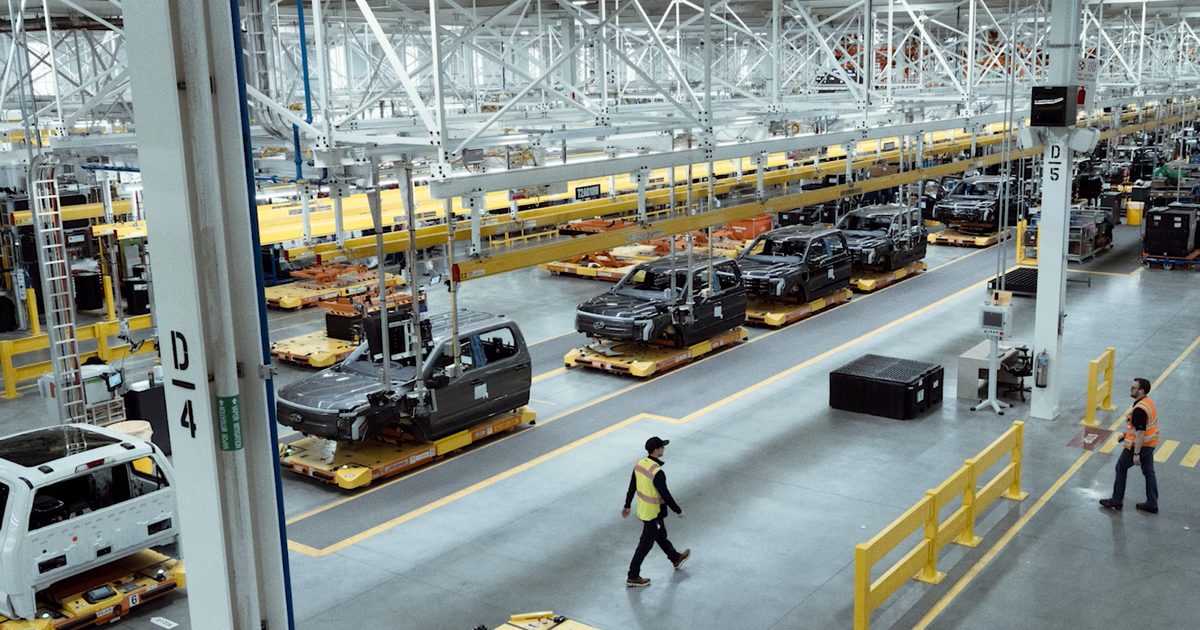 Ford is taking what appears to be a subtle shot at Elon Musk in a new campaign set to get airplay during this weekend’s Kentucky Derby coverage on NBC.

The effort from Wieden+Kennedy has blue-collar sensibilities and aims to promote the automaker’s status as a major employer of hourly workers. One ad begins with scenes of a finger scrolling on a smartphone. A voiceover declares that “right now it could seem like the only people who matter are the loudest—the ones who want to tear things down, and they fly away on their own personal spaceships when things get hard,” as the ad shows a rocket taking off.

The spot then praises Ford employees who are building “big things, new things” and “things that will change the way we do things.” It asserts that Ford assembles more vehicles in the U.S., while plugging its commitment to spend $50 billion on electric vehicles.

Musk’s Tesla is the longtime EV sales leader. But Ford and other legacy automakers are plotting to flood the market with EVs in the coming years—a gambit that will only pay dividends if hoards of mainstream buyers, and current gas car drivers, take interest. Musk is also CEO of rocket company SpaceX and the soon-to-be owner of Twitter via a $44 billion deal that has dominated business headlines and also seen Musk take to the platform in his typical boisterous fashion—including frivolously tweet-trolling brands like Coca-Cola and McDonald’s.

While Ford’s ad stops way short of making any direct mention of Musk, the rocket imagery seems aimed at contrasting the automaker with him—or at least the larger class of billionaire corporate tycoons/space travelers that he represents.

Asked about a possible Musk inference, a Ford spokesman said the approach “is about using spaces that typically idolize tech gurus, CEOs, and celebrities to elevate our everyday builders and makers.”

Other automakers have taken more direct shots at Musk. Swedish EV startup Polestar ran a Super Bowl ad called “No Compromises” that included the line, “no conquering Mars,” as part of a longer list of phrases that served as a pledge of tactics it would not undertake.

Other brands outside of automotive have used the billionaire space race as a foil. For instance, Austin, Texas-based Yeti deployed a billboard that stated “See Space. Save Billions” and included a mountain scene and a tent, according to a report from Insider. “With SpaceX and Tesla and everyone trying to get to Mars out of Texas it seems, we love the outdoors, and there’s a lot of space out there,” Paulie Dery, Yeti’s VP of marketing, told the publication.

Ford’s ad, which is narrated by Bryan Cranston, shows employees assembling its new F-150 Lightning EV at a Michigan assembly plant. On Derby Day, Ford will host a “Very Important Builders” section for employees at its Louisville plants that includes front-row seats on the first turn at Churchill Downs.

The automaker says it will also engage six creators on TikTok platform to spotlight what they build, while challenging their followers to showcase their own creations using #FORDfortheBuilders “to spread the word about appreciating hard work and creativity,” according to a Ford statement. A list of the TikTok creators working with Ford was not immediately available.

The campaign continues Ford’s “Builders” marketing effort that last year included a spot that urged unity in the wake of the U.S. Capitol riots by showing scenes of American construction workers, nurses, firefighters and other volunteers.