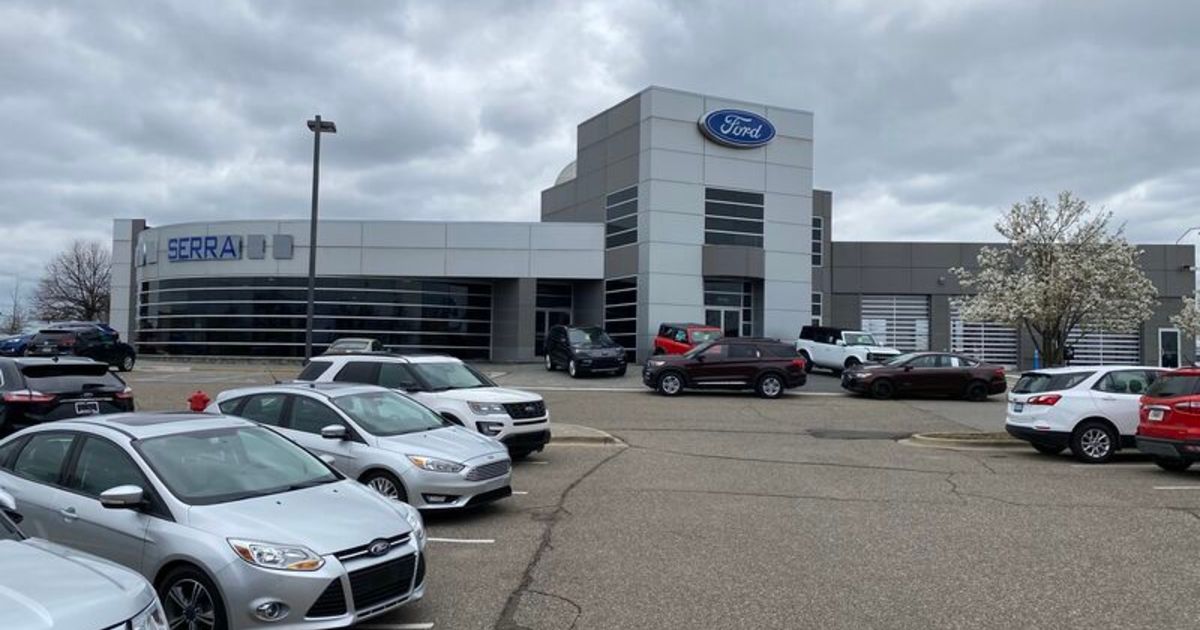 The dealership was renamed Serra Ford Farmington Hills. In a note to employees about the acquisition, Serra Automotive Chairman Joe Serra said Tom Holzer died in 2006 and his wife took over the business and helped grow it into one of the nation’s highest-volume Ford stores. The automaker confirmed that Tom Holzer Ford ranked No. 20 in new-vehicle Ford sales nationally in 2021.

Serra Automotive has dealerships across Colorado, Illinois, Indiana, Michigan, New Jersey, Ohio and Tennessee. It ranks No. 12 on Automotive News‘ list of the top 150 dealership groups based in the U.S., retailing 40,047 new vehicles in 2021.

William Attrachi has purchased Velde Ford in Pekin, Ill., as the foundation for a new dealership group, according to Dealer Solutions Mergers and Acquisitions, which represented the seller in the transaction. Jennifer Rafael of the firm’s Chicago office was the broker.

Tim Saurs, owner of Velde Ford, told Automotive News that he retired from vehicle sales after the March 4 closing.

The store’s nearly 35 employees were retained following the sale and the dealership was renamed Gallery Ford Pekin.

Attrachi said he and his business partner are looking for further opportunities to expand. Attrachi would not disclose the name of his partner or further details about their business, citing a nondisclosure agreement. Their new group, Zak Automotive Group, is looking to expand near Pekin and surrounding areas in Illinois.

“We’re looking at domestic brands and some imports that fall under the same rooftop,” said Attrachi, the group’s CEO.

The sale also included a body shop and a separate used-vehicle-only center, which Attrachi said is large enough for about 250 vehicles.

“We’re hiring new people, adding salespeople, [a] service director, parts director,” he said. “The body shop wasn’t being used during the pandemic, so we’re in the process of reopening that.”

The dealership, purchased on March 28 from Jim Clinton and the Clinton family, was renamed Rock Hill Ford. Rock Hill is south of Charlotte, N.C., just across the border into South Carolina.

Krause Auto already had a presence in South Carolina. It also has dealerships in North Carolina, Florida and Georgia, Krause said.

Krause said before the purchase, the Ford dealership was selling an average of about 60 vehicles per month, new and used combined, and he’s hoping to boost that.

Wilkins said the selling dealer, Duane Webb, retired and the transaction closed on Jan. 18. Troy is southeast of Montgomery.

Wilkins is vice president and buyer’s broker representative for Dealer Support Network, with offices in Winnsboro, Texas, and Leeds, Ala. Eddie Puente, also a vice president for the firm, helped facilitate the deal.