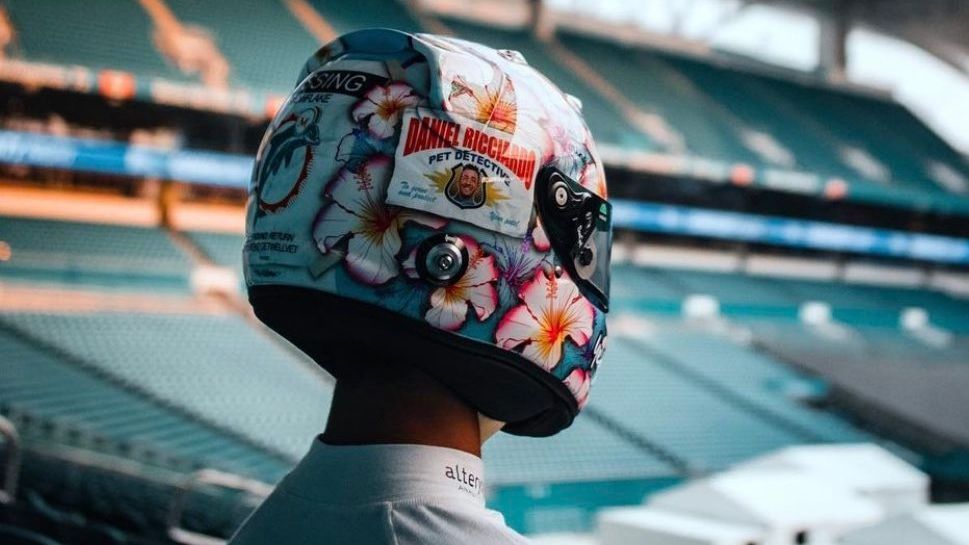 Formula One has taken over South Florida ahead of Sunday’s Crypto.com Miami Grand Prix (3:30 p.m. ET on ABC).

Along with the Aramco United States Grand Prix in Austin, Texas, this is the only other event based in the U.S. The F1 circuit’s top drivers have also been enjoying the festivities in Miami. As the city hosted two NBA Eastern Conference semifinal games this week, some drivers got into the hoops scene.

Others are reveling in South Florida football and honoring an all-time great Miami movie on a helmet.

Daniel Ricciardo, ranked No. 11 in the 2022 F1 standings, unveiled his helmet. It’s a glorious homage to “Ace Ventura: Pet Detective.” If you’re unfamiliar, the 1994 comedy is set in Miami and stars Jim Carrey as the titular animal crime-solver. He is asked to find the Miami Dolphins’ mascot, which has been cetacean-napped, and eventually rescue Dolphins QB Dan Marino before he was to play in the Super Bowl.

Ricciardo’s helmet is modeled after the Hawaiian shirts Carrey wears in the movie and has the Dolphins logo on the back.

Speaking of the Dolphins, Lewis Hamilton, who is No. 7 in the standings, got a Dolphins jersey.