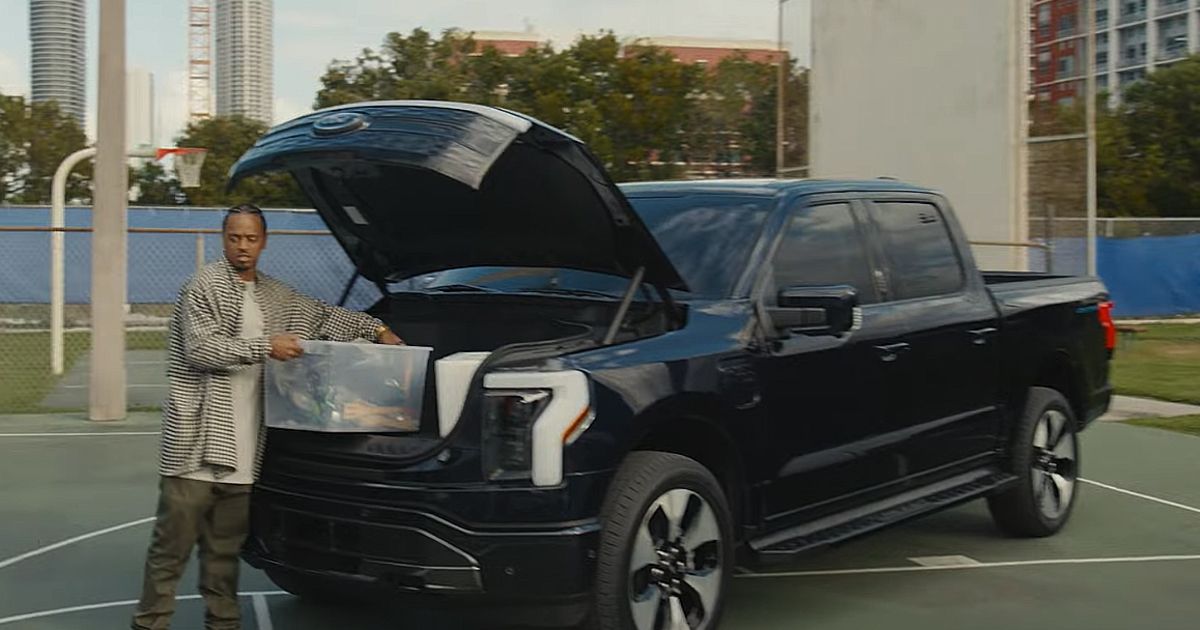 As brands rush to tell consumers about what electric vehicles can offer, Ford Motor Co. is trying to bring the “frunk” into the cultural lexicon.

Frunk is slang for front trunk, or the empty space in the front hood where the gas-powered cars keep the engine. EVs don’t use internal combustion engines, freeing the space up for storage. The frunk is representative of how the arrival of mainstream EVs will herald significant behavior changes to the driving experience, including zero trips to the gas station.

Although automakers selling EVs have spent most of their time assuaging consumer concerns such as range anxiety, Ford is now focusing on the fun and trying to make the frunk a cultural moment and part of a lifestyle.

The social media-led campaign centers on the question of “how can we get this term into the lexicon, where it’s in pop culture and it’s not in a cheesy way” said Tania Taiwo, a creative/writer for ad agency Wieden+Kennedy, which handled the campaign.

It takes the form of a YouTube series of three videos showing influencers using the frunk in different ways. For instance, one shows a Bronx-based chef collective called Ghetto Gastro cooking shrimp and waffles using power from an electric Ford and then eating inside the frunk. Other videos star musicians Imani Lauren and Kaelin Ellis and tattoo artist Suro Shinn using the car’s battery to power their art.

The series targets young diverse buyers. They will be a key demographic for Ford to win over if it wants to reach its aggressive EV sales goals.

This focus on “the lifestyle you’re going to have in the car” also serves to justify the typically higher price tag for EVs by highlighting “what else am I going to get with my money,” said Jessica Caldwell, executive director of insights at Edmunds.

Ghetto Gastro was the “core inspiration” for the series, according to Wieden+Kennedy’s art director Paria Taheri.

Ford has come out with EVs including a Mustang Mach-E in 2019 and the Ford F-150 Lightning, which just went into production. The campaign comes shortly after the company split its EV and gas-powered production into two units. Other brands that have emphasized their frunk space include Chevrolet and Lucid Air.

For instance, Chevy has released a video showing bags being stowed in the frunk, which it calls an “eTrunk.”

Lucid Air has the largest trunk of any consumer-aimed EV, according to the New York Times.

Ford saw its first-quarter revenue and profit fall due in part to chip shortages.