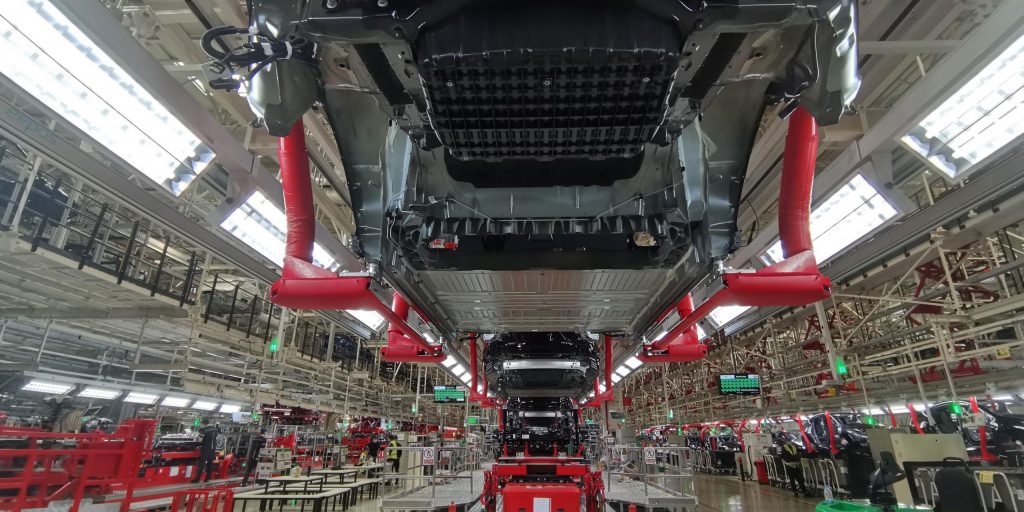 Tesla Giga Shanghai has resumed over 80% production along with several other companies, according to Chinese official Zhang Hongtao — the chief engineer of the Shanghai Economics and Information Technology Commission.

China created a “whitelist” to support companies resuming production and minimize the impact of Covid along the supply chain. As of Saturday, April 30, approximately 1,854 companies have made it onto the whitelist, including Tesla, and are authorized to resume work.

During a press conference, Zhang stated that Shanghai created a second list of 1,188 companies that can resume work. According to the Global Times, the companies fall into the automobile manufacturing, equipment manufacturing, and biomedicine sector.

Tesla welcomed about 8,000 workers back to Giga Shanghai by April 19 after subsequent lockdowns due to Covid outbreaks. At the time, Giga Shanghai’s Senior Director of manufacturing Song Gang publicly stated that battery and motor production was “already producing at full speed.”

During the last TSLA earnings call, CFO Zachary Kirkhorn mentioned Giga Shanghai’s lockdowns in his opening remarks. He noted that Tesla lost about a month of build volume due to the shutdowns. Kirkhorn told investors that the Shanghai lockdowns might affect Tesla’s total build and volume numbers in the second quarter. However, he added that the company was working to get back to full production “as quickly as possible.”

The EV manufacturer adopted a closed-loop system to resume operations, including temporarily housing employees within the gigafactory’s complex. By April 22, 2022, Elon Musk mentioned that Giga Shanghai was “coming back with a vengeance.”