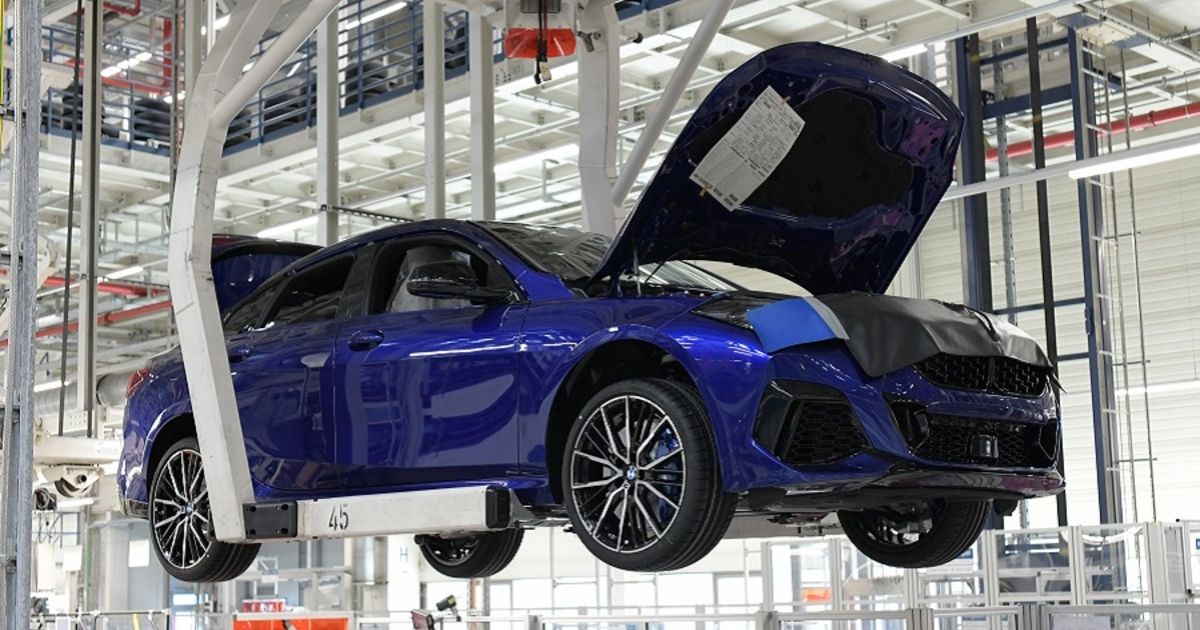 BERLIN — As Germany speeds up investment in renewables, the energy consumption of its automakers reveals just how reliant the country’s most important industry is on fossil fuels, a Reuters analysis of environmental data shows.

Russia’s invasion of Ukraine and spiking gas prices have stepped up the urgency for German industry, which consumes another 30 percent of the country’s energy, to move away from fossil fuels, with tools such as carbon offsets and renewable energy certificates no longer enough to meet the new goal of energy independence.

Volkswagen depended on non-renewable energy sources for around 80 percent of its needs, while for BMW the figure was over 60 percent, according to 2021 Carbon Disclosure Project (CDP) data, based on 2020 figures provided by the companies.

Over half of the automakers’ energy consumption was from fossil fuels, with the largest chunk from natural gas, according to the CDP data, the world’s largest repository of environmental data.

While car companies increasingly have their own renewable power generators on-site, these covered a miniscule amount of their global energy appetite – around 1 percent for Volkswagen and even less for Mercedes-Benz and BMW, according to the data.

Mercedes’ most energy-efficient factory in Sindelfingen, near Stuttgart, sources 30 percent of its energy through solar panels on the roof, the company has said.

The automaker said in early April that renewables covered 45 percent to 50 percent of its energy needs at present, and that it aims for 15 percent to be met through on-site renewable power generators by 2030.

BMW’s plant in Leipzig, Germany, generates 20 percent of the energy it needs for production from four on-site wind mills. The factory builds full-electric and combustion engine cars including the i3 full-electric hatchback and the 2 Series Gran Coupe.

BMW declined to say what proportion of its total energy consumption across Germany is generated from renewable sources on- or off-site, but a spokesperson said it was not enough to cover the automaker’s needs if the gas is switched off.

Tesla’s new plant in Gruenheide near Berlin has solar panels on the roof, but a spokesperson did not respond to a request for comment on the panels’ capacity or whether the plant has any other renewable energy sources.

“It’s important companies are open about the electricity they consume,” said Silke Mooldijk, an energy researcher at environmental think-tank New Climate Institute, which monitors the energy mix and carbon footprint of major companies.

“They have an important role in reminding people that there’s still a lot of work to do,” Mooldijk added.

Data from Germany’s environment agency showed half the country’s industrial energy consumption in 2020 came from gas or coal, much of it supplied by Russia.

Bosch, the world’s largest auto supplier, told Reuters it meets only around 1 percent of its energy needs worldwide through on-site production of renewable energy, with the largest chunk sourced from solar panels in India. It aims to raise this to 5 percent by 2030, a spokesperson said.

BMW said in its responses to the CDP questionnaire that 39.5 percent of its global energy consumption was from renewable sources, based mostly on electricity it purchased on the open market.

But more than half of the renewable energy purchased by BMW is bought in the form of so-called “unbundled energy certificates” sold by renewable suppliers. This allows BMW to signal demand for renewable energy to the market which should prompt investment in more capacity — but it does not mean renewable energy is actually flowing into the carmaker’s plants.

“The whole thing would be less problematic if trading in green energy certificates wasn’t like a revolving exchange… this problem can’t be avoided unless there is transparency for all customers on the origin of the electricity they buy, for them to make a conscious choice,” Riechmann said.

BMW said it was working to incentivize the construction of new plants via direct contracts with suppliers, and looking into how it could increase the proportion of energy sourced on-site.

The automaker said its new factory in Debrecen, Hungary, where production of the New Class all-electric car will launch in 2025, will be the world’s first automotive plant to dispense completely with fossil energy sources in its production processes.

A significant share of the plant’s electricity will be generated directly on site. The remainder will be covered by 100 percent renewables, the vast majority of which will come from regional sources, BMW said in a statement.

In their bid to free themselves of fossil fuels, automakers must find alternatives for heating production halls and paint shops, currently done primarily through gas.

Alongside seeking alternative forms of energy, Mercedes is trying to simply reduce its demand for heat by keeping production halls cooler, its finance chief Harald Wilhelm said on an earnings call earlier this week.

Just 12 percent to 13 percent of the heating consumed by the three major carmakers is generated from renewable sources, the Carbon Disclosure Project data showed.

Some automakers, including Porsche and Audi, use combined heat and power plants, which generate heat through burning biomass waste, but there is typically not enough biomass for this to be done at scale, Albert Waas, automotive expert and partner at Boston Consulting Group, said.