Driving a school bus can be a stressful task, since you have to make sure you always arrive on time, drive safely and stick to specific routes. A school bus driver from Southfield, Michigan took the last rule very far and drove through a construction site.

The incident was caught on video by one of the construction workers who were clearly not pleased by the bus driver’s behavior. The heavy vehicle can be seen dipping into wet concrete and spinning its rear tires with the rear axle jumping when it hit the finished part of the road. The driver doesn’t seem to care, as if they was driving an off-road-focused Torsus Praetorian.

Ruining one side of the road by leaving deep skid marks on the concrete job was not enough, since the bus driver continued their journey through another patch of wet concrete in the other lane. The workers can be heard yelling in frustration since they will have to clean up and redo the pavement.

The clip went viral on Reddit, where most users are blaming the driver for this mess, while complaining about the attitude of school bus drivers in general. Others defend their decision to go through the clearly labelled construction site by saying that drivers have to comply with strict rules when it comes to school bus routes. Still, logic says you never do stunts like this behind the wheel, especially in a vehicle that transports children. 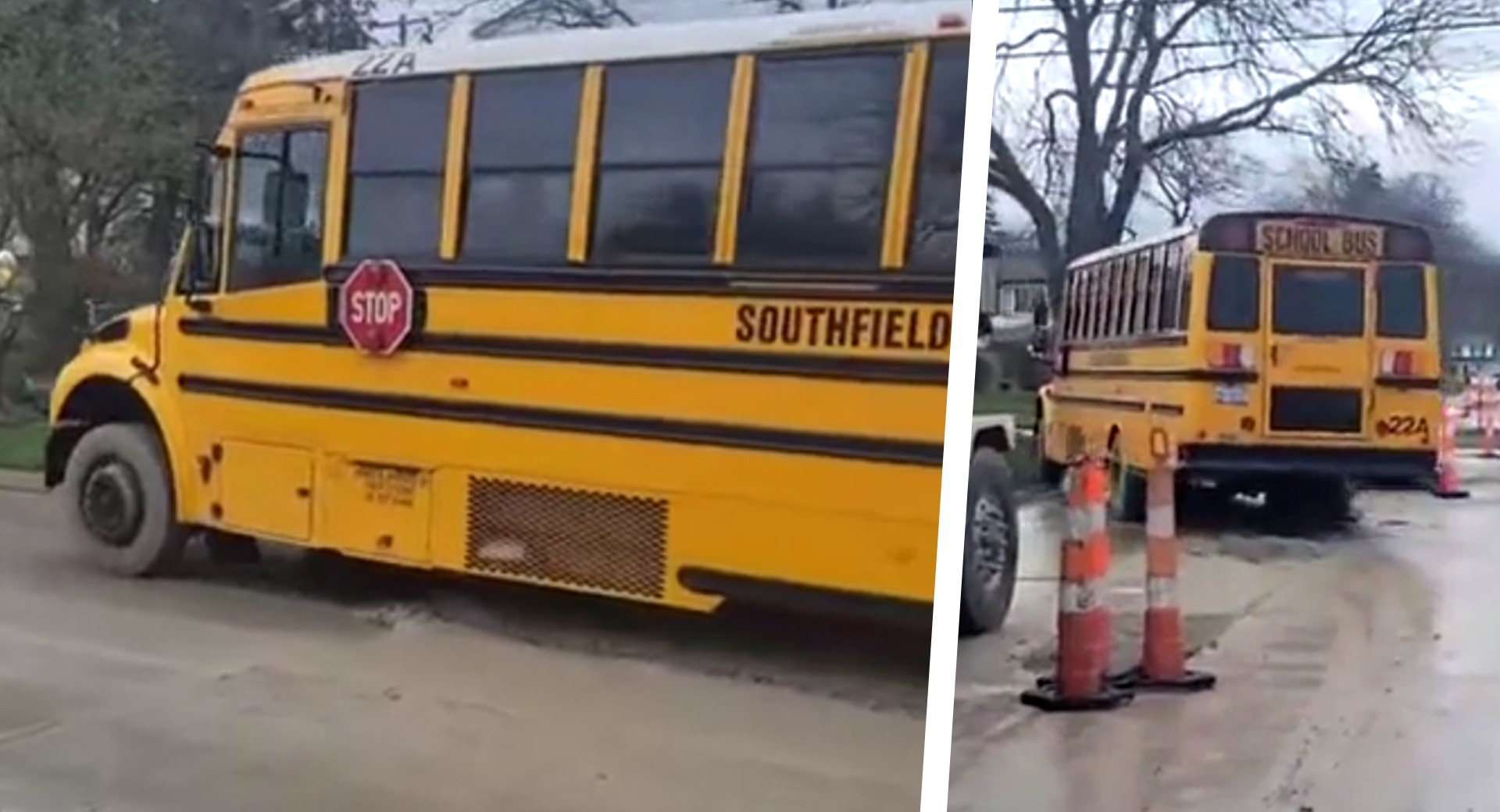