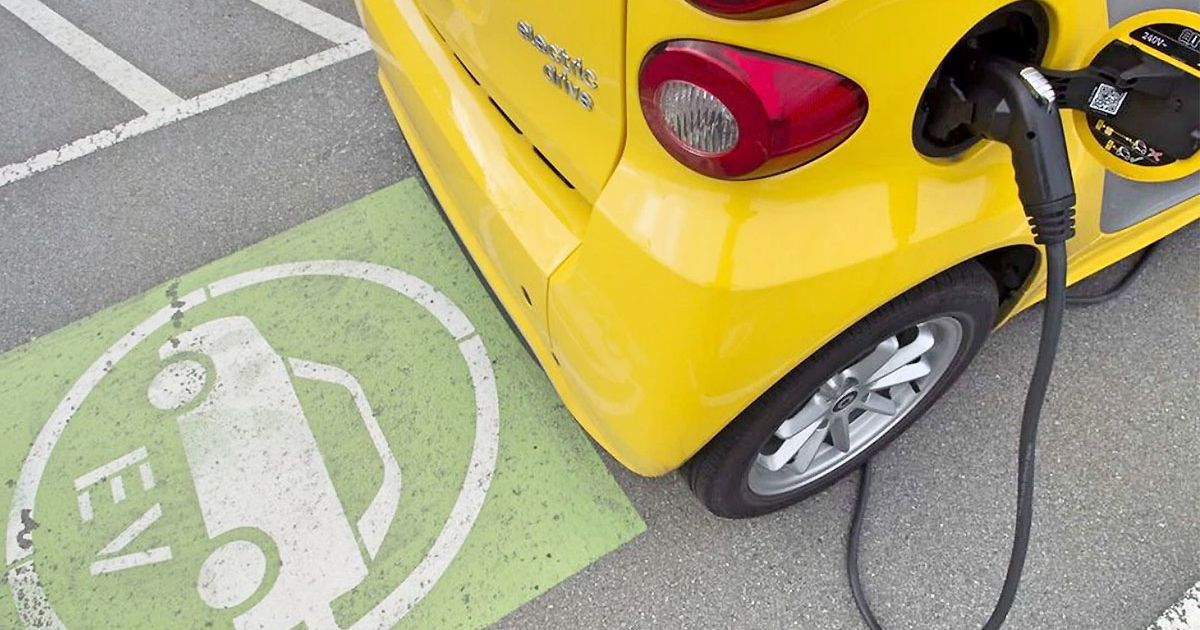 All-time-high interest in electric vehicles might not translate into as many sales as automakers and regulators would like in the short and medium term, as supply chain snags are likely to prevent the industry from catching up with growing demand.

Automakers and governments have set ambitious targets for EV expansion. Legacy automakers have rolled out aggressive investment and product plans, while all-electric newcomers such as Rivian and Lucid Motors look to emulate the fast growth of Tesla. The Biden administration wants half of all new-vehicle sales to be zero emission by 2030, while other jurisdictions are more aggressive: California aims to be all-ZEV by 2035.

While EV prices remain even higher than the record-high prices consumers are paying for new gasoline-powered vehicles today, interest and demand significantly exceed supply. Ford stopped taking orders for its F-150 Lightning to avoid promising more than it can deliver; Tesla is advising shoppers they may have to wait a year or more to get their vehicles.

“Because of supply constraints, you’re not seeing true preferenes,” said Mark Wakefield, global co-leader of the automotive practice at AlixPartners. “Some people will just buy a vehicle because it’s the one they can drive home. It might not be the perfect vehicle for them, but it’s OK.”

And the lack of supply isn’t going to be resolved in the next year or so, even if chip supplies improve and Russia ends its war in Ukraine. The time needed to build battery plants — and the mineral processing to supply them — points to a shortage of desirable EVs for years to come.

Yet the determination to pursue electric power — for environmental or driving pleasure purposes — remains robust.

To be sure, the shortage of supply isn’t limited to electric vehicles. Two years into the COVID-19 pandemic, the auto industry continues to feel its effects, most acutely with the global microchip shortage. According to AutoForecast Solutions, more than 12 million vehicles have been cut from automakers’ production schedules since last year, leading to a massive inventory shortage on dealership lots.

The war in Ukraine has further complicated matters for the industry, as raw materials prices have soared and production has been stifled in the region. And consumers are facing higher vehicle prices along with widespread inflation.

Some of these factors could hamper EV adoption in the short term, as potential customers become priced out of the market — if they can even find an EV. But over the long haul, EVs will become more common as Western countries — especially in Europe — boost investments in renewable energy and move away from Russian oil and natural gas imports.

Lifting the rate of EV adoption could be critical for averting the worst impacts of global warming. A March report by the nonprofit International Council on Clean Transportation called for “considerably more ambitious actions in all regions and across all vehicle types” to have a good chance at limiting global warming to 1.5 degrees Celsius, a level world leaders and scientists have targeted to prevent many of the worst outcomes.

“Zero-emission vehicles — primarily, battery-electric vehicles — are the only technology that can decarbonize road transport as quickly as we need at a feasible cost,” the council says on its website. “The average car stays on the road 15 years or more. So we need almost all new-car sales around the world to be zero-emission by 2035.”

The good news is that interest in EV ownership appears to be at a record high. Google Trends, for instance, found that search interest in electric vehicles has grown in recent months and reached an all-time high in March as the price of gasoline continued to rise.

Historically, higher gasoline prices have correlated with higher interest in EVs, as well as hybrids and more fuel-efficient internal combustion engine vehicles. That’s playing out again now, but interest in EVs appeared to be growing over the previous few years, even when gasoline prices were at much lower levels.

“It’s been a long-term trend to see interest in EVs increase as gas prices go up,” said Kristin Dziczek, an automotive policy adviser for the Federal Reserve Bank of Chicago. “What’s been very odd is that adoption increased while gas prices were low the last several years. It almost seemed like we were divorced from that long-term trend.”

Higher gasoline prices are being driven in large part by the war in Ukraine and economic sanctions being imposed on Russia by Western countries, many of which have pledged to move off of Russian oil.

As countries look for alternatives, they could choose to invest more heavily in renewable sources of energy and double down on their electrification strategies. That’s particularly true in Europe, where governments have set ambitious EV targets in recent years and are now looking for alternatives to Russian energy.

“Europe is going to be the most hard-pressed to have the most urgent need to have solutions here,” said Carla Bailo, CEO of the Center for Automotive Research in Ann Arbor, Mich.

Gasoline prices, as always, are subject to global instability and economic uncertainty. But the fact that EV interest and sales were on the rise before the most recent jump in fuel prices and before many countries take further action on renewable energy is a good sign for an industry looking to drive up interest in EVs.

Still, interest does not necessarily translate into more EVs on roadways. Indeed, the microchip shortage has hampered global vehicle production worldwide, and most observers expect the shortage to persist at least through the remainder of the year.

Most automakers have prioritized high-margin vehicles such as pickups and SUVs for vehicle production, leaving other models — even EVs — harder to come by in many cases. It’s a simple matter of economics, Dziczek said.

“You’ve got to make money in order to spend money,” she said.

Still, even if the microchip supply shortage were to persist for years, many automakers are likely to prioritize EV production moving forward as they look to meet targets and assure investors they can make the EV pivot, Dziczek said.

Likewise, automakers are more likely to use more advanced microchips on their EVs than they do on their internal combustion vehicles, Wakefield said. Automakers generally use older — but more durable — microchip technology than that used on many smartphones, computers and video game systems. Because there is less money to be made in that older technology, chipmakers are less likely to build up capacity on those chips.

“The chips that are designed for an EV are going to be pretty advanced chips,” Wakefield said. “That’s the vehicle where they’re going to try to be more advanced, combine it into a higher-powered central [electronic control unit] that maybe took the role of five or 10 ECUs that would’ve been on an ICE vehicle.”

Automakers are trying to keep up with — or get ahead of — demand, committing tens of billions of dollars to new EV assembly plants and battery factories set to open in the coming years.

But those plants account for only part of the entire supply chain. Materials needed for battery production, including lithium and cobalt, must first be mined and then processed.

Mining capacity for those materials remains limited, particularly in North America. And while businesses and governments have been taking steps to increase capacity, it will be years before new mines can come online.

Meanwhile, raw material prices have soared, in part because of the war in Ukraine. Aluminum, copper, nickel and zinc prices have been at or near all-time highs in recent weeks, leading to higher production costs for battery-makers, according to Fitch Ratings.

“Climbing manufacturing costs, coupled with the lingering autos chip shortage, could curb EV production capacity this year,” Fitch said in an April 1 note. “They could also dampen the ongoing strong momentum of EV sales, should manufacturers pass price increases onto consumers,” particularly when EV credits are not available to consumers.

According to AlixPartners, raw materials costs on EVs in March were significantly higher than for internal combustion vehicles because of higher copper, cobalt, nickel and lithium prices. EVs contained about $8,143 in raw materials content per vehicle in March, compared with about $3,745 per combustion vehicle. Both figures have roughly doubled over the previous two years.

With inflation in the economy outpacing wage gains, automakers run the risk of pricing consumers out of the market for new vehicles — especially EVs, which remain thousands of dollars more expensive than their gasoline-powered counterparts.

“Already, vehicles that are non-EVs are not affordable,” Bailo said. “EVs are out of reach for many, many folks. That doesn’t mean that people that have money are going to stop buying them. I expect that to continue for quite some time. But a lot of Americans won’t be able to afford a car period, let alone an electric one.”

While higher prices might shut more prospective EV buyers out of the market, that might not be the case for the existing EV buyer base.

Despite the challenges the industry faces, automakers and governments are pushing ahead. Tesla in April reported first-quarter net income of $3.32 billion on revenue of $18.76 billion. Ford in March separated its EV business from its internal combustion business, and it is planning to produce more than 2 million EVs by 2026.

The Biden administration said it plans to spend $5 billion over five years to build out the country’s EV charging infrastructure, while a California proposal in April calls for ZEVs to account for 68 percent of its new-vehicle market by 2030 and all of the market by 2035.

The road to electrification faces significant speed bumps in the months and years ahead — but it’s clear the industry is undaunted by the challenge.