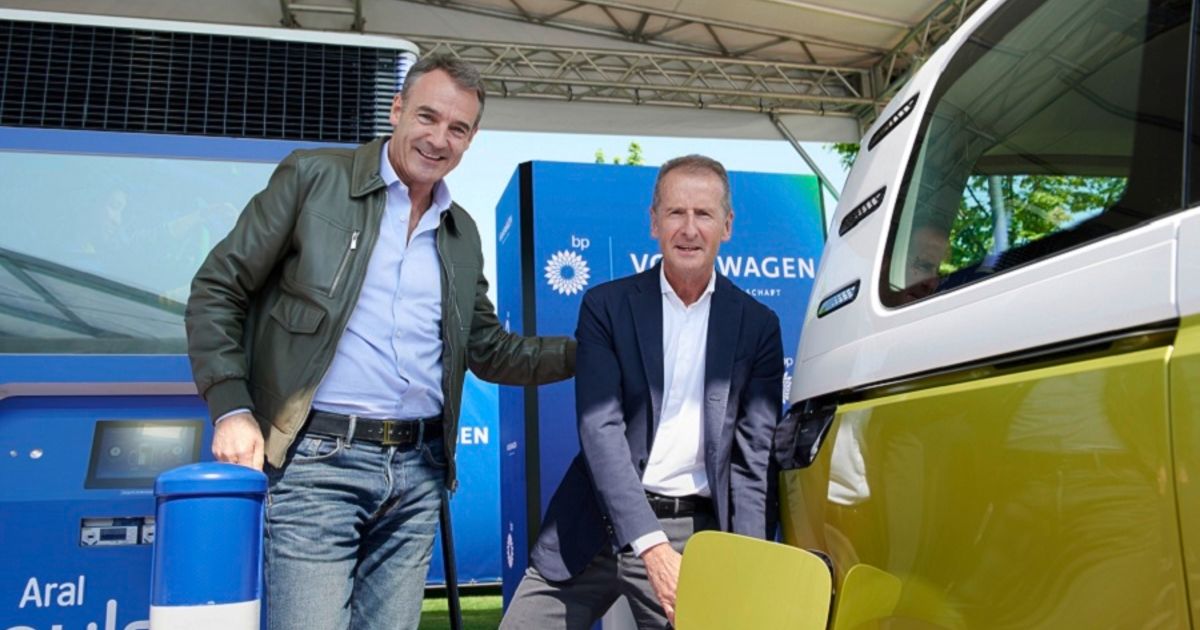 DUESSELDORF — Volkswagen and BP plan to deepen their European electric-charging partnership and could expand it to other regions and technologies, the CEOs of both companies said.

The comments reflect increasing efforts by automakers and energy companies, including utilities and oil companies, to expand charging infrastructure for electric vehicles and tackle the issue of range anxiety that is still weighing on demand.

To tackle the problem, both groups plan to jointly install 8,000 of VW’s Flexpole 150 kW fast-charging units across Europe by 2024 in a deal that will see BP putting up the chargers at its network of fuel stations.

The first phase of the roll-out will see up to 4,000 charge points at BP’s Aral fuel stations in Germany and BP retail sites in the UK over the next 24 months.

The charger locations will be integrated into the navigation and other in-car apps of VW, Seat and Skoda vehicles as well as into VW’s charging application, Elli. The chargers will be available to any EV driver.

“There are so many more areas where we are complementary,” VW Group CEO Herbert Diess told reporters on the sidelines of an event in Duesseldorf, unveiling the first EV charging stations of a European co-operation.

“BP has a very strong network in many places of the world. So it means what we do here we can do in other places as well,” Diess said, adding BP could also be a strong partner in the area of electric truck charging.

BP CEO Bernard Looney said the charging network will be open to other brands, a key differentiator to Tesla’s network of superchargers, which has started to open up to rivals but still remains only accessible to Tesla drivers in numerous markets.

“Five hundred and fifty million people live within 20 minutes of a BP site,” Looney said, adding this provided the scale needed to roll out electric chargers on a bigger level.

“The thing that I love about partnerships: we can do coolants together, we can do energy together, electrification, hydrogen … all these things,” he said. “We will do things in 3-4 years together that we didn’t even imagine existed today.”

VW also has European charging cooperations with Italy’s Enel and Spain’s Iberdrola, with Diess saying there would soon be an update on the Iberdrola alliance.