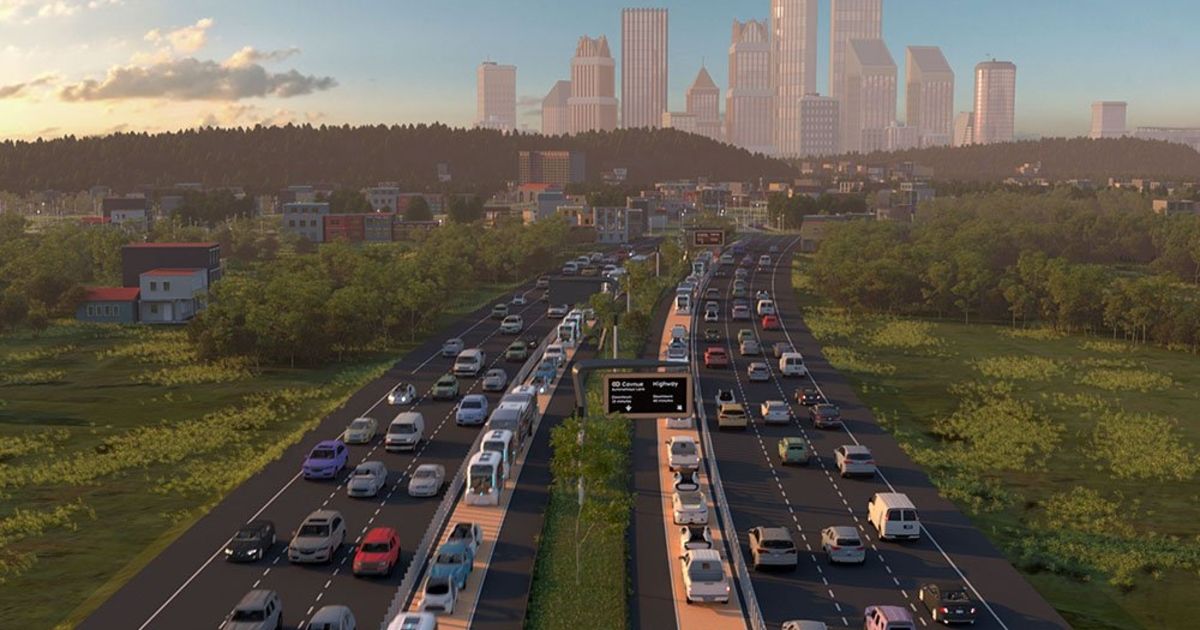 DETROIT — Interstate 94 between Detroit and Ann Arbor could in the coming few years become the first major artery in Michigan designed for autonomous vehicles zipping up and down the road.

Cavnue LLC, which is focused on designing roads for the future, was tapped by state officials in August 2020 to develop a “first-of-its-kind connected and autonomous vehicle (CAV) corridor” in Southeast Michigan.

Since that time, Cavnue has explored the feasibility of developing various CAV corridors, and in conjunction with the Michigan Department of Transportation identified a 25-mile segment of I-94 for its first deployment of infrastructure to support autonomous vehicles.

While autonomous vehicles do already operate in limited capacity in Michigan, Cavnue’s development plan revolves around creating a dedicated lane with the necessary infrastructure in place.

Moving forward, Cavnue and MDOT will develop a broader plan for the stretch of interstate, which will include traffic studies, environmental analysis, road design and operational planning, as well as public engagement and outreach, according to a statement from Cavnue.

To support the work — as well as other projects the 18-month-old company is exploring, according to Cavnue CEO Tyler Duvall — the Washington, D.C.-based company has closed on a Series A funding round of venture capital that totals $130 million. The investment was led by Ford Motor Co. and Sidewalk Infrastructure Partners, Cavnue’s founding company and a firm with connections to Google parent company Alphabet Inc.

“We will prove to the world that we can create an operating environment for advanced vehicles that is safer and more efficient than just a normal roadway,” Duvall said of the work that’s planned for the coming months now that the stretch of highway has been identified. “So next year is a big year. This year is what I call the detailed planning work.”

While other roads in Michigan are being explored to get similar treatment, an interstate offers “a cleaner, less complicated test bed to start with,” and the hardware and software can then be fine-tuned for other roads in the future, according to Duvall.

Making Michigan a leader in EVs and autonomous vehicles has become a rallying cry for the state’s business and political leaders over the last several years. The 2020 announcement that Cavnue had been selected came just after the state’s economy, like much of the rest of the country’s, had fallen off a cliff at the onset of the COVID-19 pandemic.

For their part, MDOT officials say they’re taking a three-pronged approach as they seek to navigate the future of driverless vehicles, looking at the issue from operations, business and regulatory perspectives, according to Collin Castle, the intelligent transportation systems program manager with MDOT, who is managing the Cavnue project for the state.

“So kind of the end state is having a fully baked technology and infrastructure solution that facilitates the safe use of (autonomous vehicles), trying to kind of get them to a more safe operating domain,” Castle said of the work.

As Cavnue and MDOT move forward with the continued work of seeking to designate a lane of busy I-94 for the project, there’s also a piece of enabling legislation awaiting passage in Lansing.

Senate Bill 706, sponsored by Frankenmuth Republican Sen. Ken Horn, who chairs the state Senate’s Economic and Small Business Development Committee, cleared the upper chamber in January with bipartisan support, but has yet to receive a vote in the state House. In short, the bill would authorize MDOT to “designate a segment of a roadway under its jurisdiction as an automated vehicle roadway.”

Cavnue spokesperson Katelyn Davis said the company has had “productive engagement” with Michigan lawmakers, and Cavnue is “optimistic that the legislative process will result in a final bill that benefits all parties involved.”

Duvall and Castle said they expect it will be 2024 or 2025 before actually commencing a pilot program that would have driverless vehicles going along I-94 between Detroit and Ann Arbor.

To help get to that point, company needed money, Duvall said. Specific cost projections are still being fleshed out, but the company expects to make a nine-figure investment in metro Detroit.

The Series A round of $130 million, announced in conjunction with the I-94 news, will help with that work and go toward pre-construction, technology development and further growth for the company, according to Duvall, who said the company has not yet generated revenue.

“It’s a capital-intensive business,” Duvall said. “We did need to do kind of a meaty fundraise, and we needed to ensure that we had the capital, and we want the state to have confidence in us as a partner as well.”