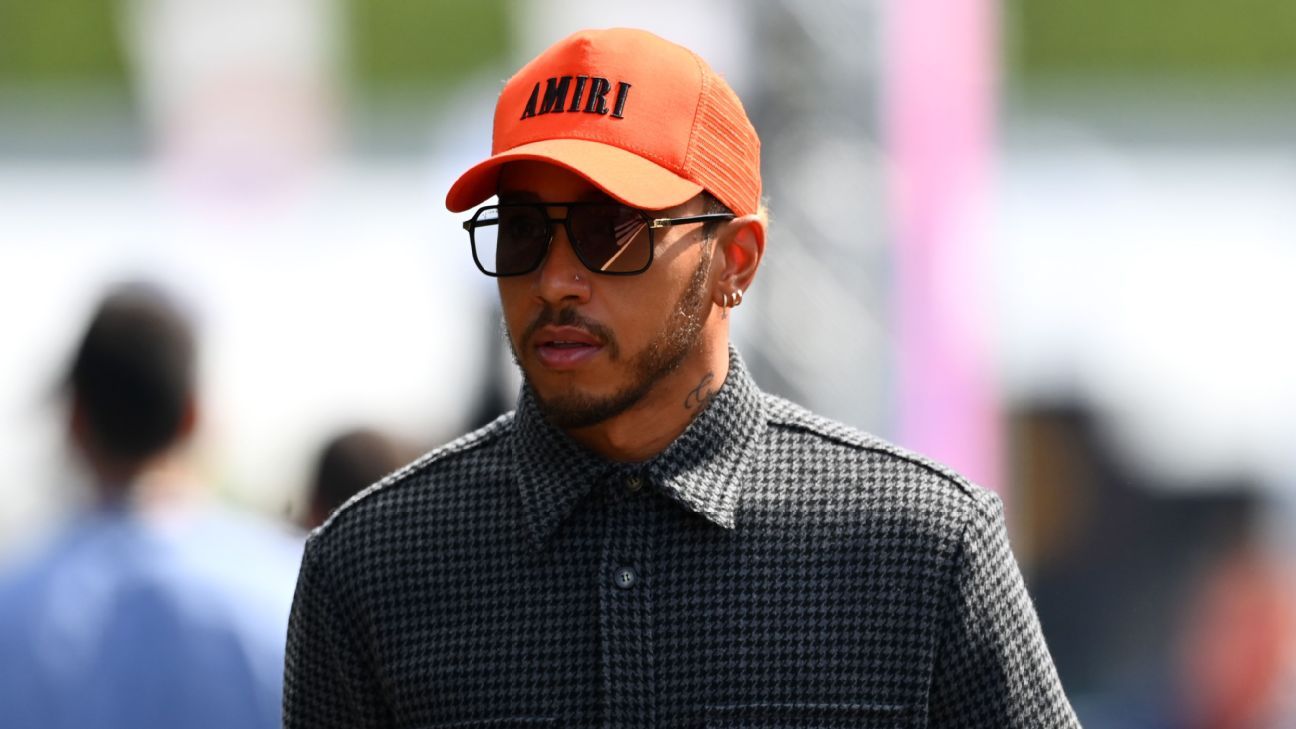 IMOLA, Italy — Lewis Hamilton wrote off his chances of competing for the Formula One title this year after falling 50 points adrift of championship leader Charles Leclerc at Saturday’s sprint race at Imola.

Hamilton finished 14th in the sprint race, which sets the grid for Sunday’s Emilia Romagna Grand Prix, after starting the 21-lap race in 13th place. The performance adds to Hamilton’s difficult start to the 2022 season in which his Mercedes team has struggled to match the performance of rivals Red Bull and Ferrari under F1’s new regulations.

“We’re obviously not fighting for this championship,” Hamilton told Sky Sports. “But we’re fighting to understand the car and improve and progress through the year. That’s all we can hope for right now.”

Mercedes boss Toto Wolff said his team had hit a new low this season after both cars failed to make the top ten in qualifying for the first time since 2012.

“We are four races in and today marks the low of the first four races,” he said. “It is obvious that we are not anywhere near the fight at the front.

“It would be a pretty unrealistic to claim we have a slot among the frontrunners fighting for the championship.”

It was clear at the opening races that Mercedes was not in contention for victories, but the team dropped further down the order at Imola. The lack of performance in Friday’s wet qualifying session was blamed on a lack of tyre temperature over a single lap, but Mercedes’ engineers were hopeful the car would be more competitive in race conditions.

The Imola circuit is notoriously difficult to overtake on and Wolff said Mercedes simply lacked the performance necessary to move up the order on Saturday.

“I think what we saw today is that we haven’t got a car with enough performance differential to some of the midfield cars to overtake them,” Wolff said. “If we were running in free air then the picture would not be any different to the previous races, but there is just not a big enough gap to overtake cars.

“The car is not good enough to overtake cars that are within 0.4s or 0.5s in lap time performance.”

Speaking about his performance in the sprint, Hamilton added: “It was so painful, there are no words for it really!

Mercedes has pursued a different car concept to its rivals this year, with a design that features narrow sidepods and leaves more of the top surface of the floor exposed. One of the car’s main problems has been a tendency to bounce uncontrollably at high speed as the airflow under the car momentarily stalls and reconnects, resulting in frequent and sudden changes in downforce levels that make it difficult to drive.

Wolff said the team was working on understanding the problems and refining the car’s concept, but admitted it may have to cut its losses if it doesn’t see improvements at the coming races.

“I think all of the goodness and badness happens mainly on the floor as we have it at the moment, and we have interesting ideas and concepts that we are trying and that we are exploring that have to find their way onto the car in the next few races,” Wolff said.

“I would say there is no such thing as a concept being wrong, but we have to find out if there is a part of what we have done that doesn’t work with the regulations, and if so what is it.We don’t have to throw away the good parts, we can keep the goodness, but if there are fundamental areas that don’t allow us to unlock the potential that is in the car then obviously we need to cut our losses.”

Footage of Hamilton in conversation with Wolff after Friday’s disappointing qualifying performance went viral, with social media users speculating that the exchange had been confrontational and a sign of strains in the realtionship. But Wolff said the moment in the team’s garage was simply an airing of frustrations on both sides.

“It’s quite funny how it is being interpreted,” Wolff said. “Lewis and I shared frustration that we weren’t really able to extract one-lap performance and how annoying it was. But it was the same point of view and sheer anger.

“No, there is no division or blaming or anything like that. There is pressure in the system, but I would say the necessary pressure to get things right. Nobody in the team is anywhere near enjoying the ride at the moment and this team, we have done it in the past. We just need to dig ourselves out of this hole.”