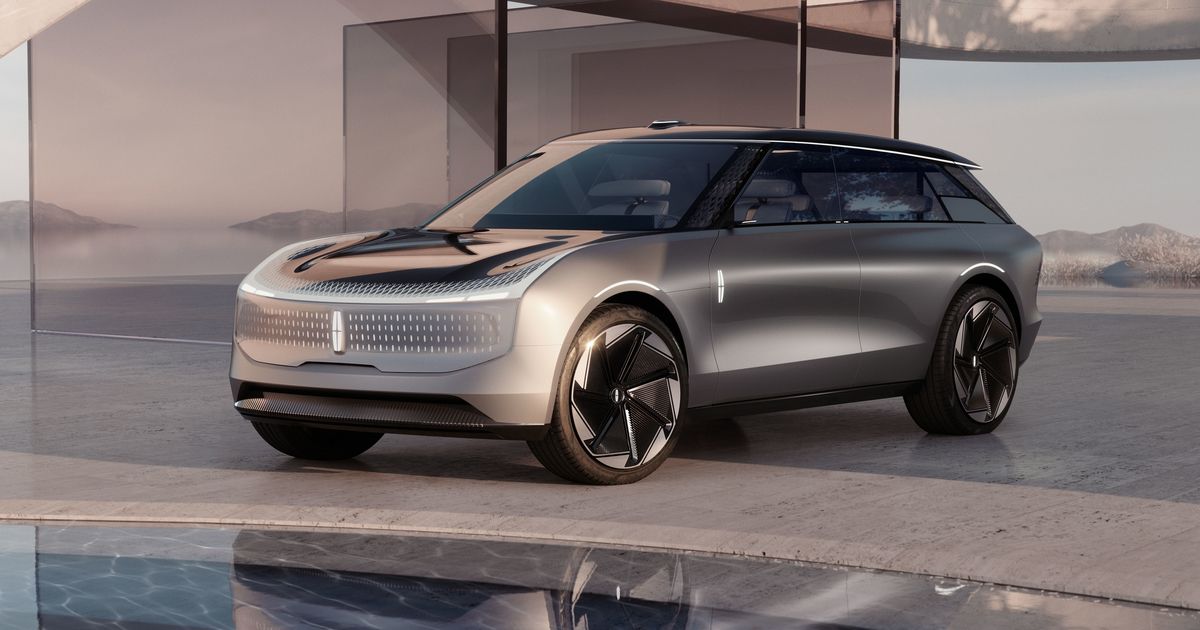 LOS ANGELES — Lincoln Motor Co., trailing luxury rivals in the transition to battery power, on Wednesday introduced a concept that previews how the brand hopes to differentiate itself in the electric vehicle era.

The Lincoln Star concept, unveiled at an event here celebrating the brand’s 100th anniversary as part of Ford Motor Co., showcases a new exterior design direction and interior customer experiences that could be added to production vehicles in the coming years. As part of the reveal, officials said Lincoln would launch three EVs globally by 2025 and add a fourth in 2026 — accelerating electrification plans announced last June.

Lincoln now says it expects almost 90 percent of its volume in North America to be fully electric by 2030, up from an estimate of 80 percent given last year.

The concept is built on Ford’s new rear-wheel-drive/all-wheel-drive EV platform and roughly the size of an Aviator crossover, although it was designed with two rows instead of three to give occupants more space.

The exterior features an illuminated Lincoln star logo on the front and sides, as well as accent lighting on the front fascia. The hood, which sits lower than today’s Lincolns, is made of electrochromatic glass that changes from opaque to transparent to reveal what’s inside the front trunk.

The interior comes with a large, curved digital display across the entire dashboard, a wing-shaped floating instrument panel, a see-through A-pillar made of 3D-printed metal latticework, a one-touch pedal made of crystalline material and a steering wheel that folds in when not in use. The rear seats include a champagne chiller, under-seat shoe storage, fold-out lounge seating and a briefcase in the rear door that can charge electronics. The rear cargo space can be turned into an outward-facing seat for tailgating.

The concept includes three “rejuvenation modes” that include unique interior lighting, display images and scents pumped through the cabin.

“This is a shining example of what happens when we combine Lincoln luxury with flexible electrical architecture to create unimaginable experiences for customers,” Ford CEO Jim Farley said in a statement. “We can truly revolutionize how people engage with the brand and scale it across an exciting lineup of products that catapult Lincoln into the digital, connected age.”

It’s unclear what features will make it into production vehicles, although Lincoln President Joy Falotico told Automotive News that a number of the exterior design elements are likely to stick. She said the brand plans to use the concept to gauge public reaction to its ideas before implementing them.

“There’s several things here that are absolutely applicable, based on the feedback we get, and then there’s some things that are a little further out,” Falotico said in an interview. “We really think the A-pillar is cool with that latticework, but there’s crash standards we have to work through. The aperture in the back with the lounge seat? That looks pretty doable. We’d love to have that as a Lincoln-first initiative. And definitely the lighting; it’s our next ‘Lincoln Embrace.’ ”