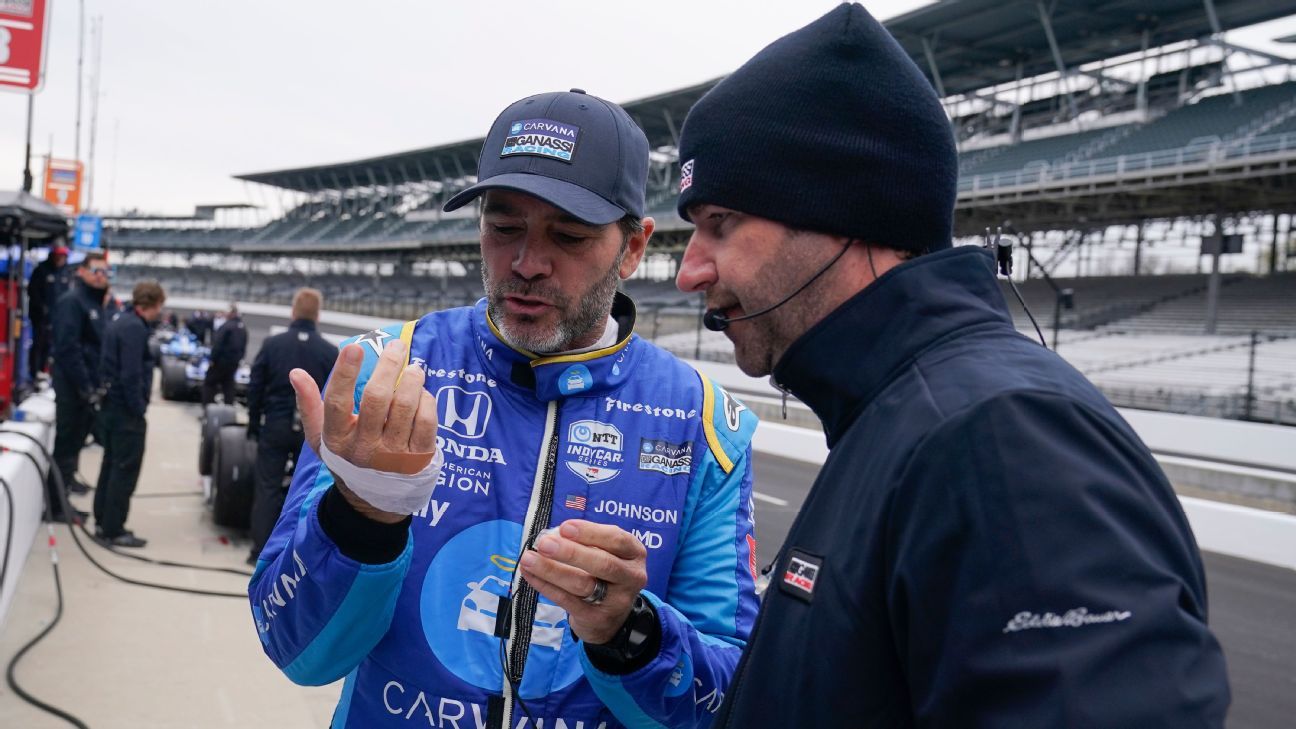 The seven-time NASCAR champion climbed as high as No. 3 on the daily speed chart before finishing the first of two Indianapolis 500 test sessions pain-free. He told reporters he has been feeling good since doctors surgically inserted a screw into his broken right hand on April 11.

“I was surprised with how big the screw was, but the pain was just gone in such a short time after the surgery,” Johnson said on pit road. “But I didn’t have any soft tissue issues, either.”

The 46-year-old Johnson still took some precautions — wearing protective padding over a wrap around his injured hand. It certainly didn’t slow down his car or his learning curve.

Johnson noted the ovals he avoided in his inaugural IndyCar season last year put less force on his hand than the Long Beach street course, where he drove with a splint after suffering the injury in a practice crash, or than he might endure at Barber Motorsports Park in Alabama on May 1.

Johnson made his first IndyCar oval start last month at Texas, where he posted his best finish, sixth, since switching series. Now Johnson is back at Indianapolis finally competing against some of the biggest names in the sport — four-time 500 champion Helio Castroneves, longtime fan favorite Tony Kanaan and six-time IndyCar champ Scott Dixon.

Not surprisingly, Johnson exceeded expectations on a a chilly, windy day that began with a 90-minute delay amid morning rain. And when the green flag finally waved, 2016 Indy 500 champ Alexander Rossi spun his No. 27 car in the warm-up lane.

Amid those tricky conditions, Johnson still posted the eighth-fastest non-tow lap in the first of three two-hour testing windows — one for veterans, one for rookies and refresher courses, and one for everybody. Two-time 500 winner Juan Pablo Montoya and Marco Andretti, the 2020 Indy pole winner and 2006 race runner-up, were among the eight drivers in the second group.

“When the weather is like this, so cold, everyone’s car is looking great,” said Castroneves, the Brazilian star who became the fourth member of the four-time winners club last May. “But it’s great to start with the test, even with the weather.”

Johnson, of course, is quite familiar with ovals after spending 20 seasons in NASCAR. Among his 83 wins were four at the Brickyard.

Yet he looked every bit as comfortable as Dixon, the New Zealand star, anticipated long before Johnson announced he intended to make his first Indy 500 start May 29.

“I think seeing him here last year and seeing T.K. get in the car, you already knew he made his decision,” said Dixon, Johnson’s teammate with Chip Ganassi Racing. “It just took him a little longer to say it.”

Where exactly Johnson will be in five weeks remains to be seen.

Another test is set for Thursday, and Johnson plans to be right back on the track for more driving.

“These two days are kind of freebies for us,” Johnson said. “We shouldn’t be making any excuses come Memorial Day, and I think we’ll be OK.”