The Hyundai Ioniq 5 and Kia EV6 haven’t been on sale in the United States for very long and already, a bunch of them have been crashed and have ended up for sale through Copart and IAAI. If you’re a fan of either EV, these images don’t make for a pretty sight.

The type of damage sustained to the Ioniq 5s and EV6s available online varies quite a lot, as does their mileage. One of the most damaged Ioniq 5s with just a mere 88 miles on the clock is an SE variant painted white and has suffered front-end damage and significant damage to both sides.

It’s clear that the driver’s side has sustained the most damage with the doors and quarter panels heavily dented. The EV’s entire front fascia is also missing while on the passenger side, we can see that damage has been sustained to the wheel arches and the wing mirror. 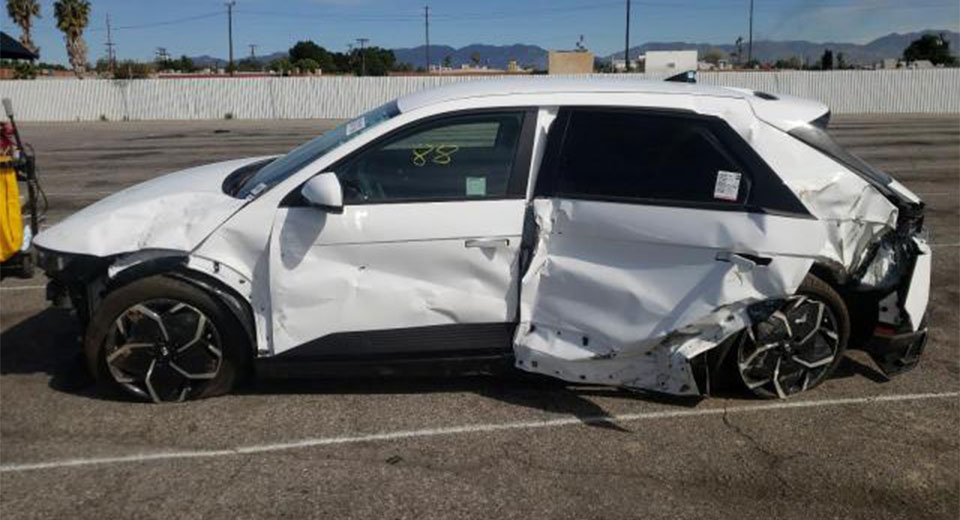 There are a couple of Ioniq 5s that should be much easier to repair. One matte grey model available through IAAI, an SEL variant, still runs and drives and appears to have only suffered some dents across the front bumper, passenger-side front quarter panel, and hood. If these parts are replaced, it should look as good as new.

A handful of wrecked Kia EV6s have also found their way online. One example on Copart suffered an impact on the driver’s side, badly denting both doors and causing damage to the rear wheel and suspension components. The side curtain airbags have also been deployed but the car should be repairable.

A second EV6 is available through IAAI with 288 miles under its belt. It is a GT-Line variant and images show significant damage across the front end and passenger side.