A pair of damaged 2022 Chevrolet Corvette Stingray models have hit Copart and unless someone is willing to repair them, they may never hit the road again.

The first of the pair is a flagship 3LT variant finished in Caffeine Metallic, a new color that Chevrolet introduced for the 2022 model year. The car is currently under the possession of Crashed Toys in Dallas, Texas and the Copart listing notes that it has damage “all over.”

Read Also: Nobody Said The C8 Corvette Was A Good Off-Roader But A Texan Proved It’s A Bad One Beaching It 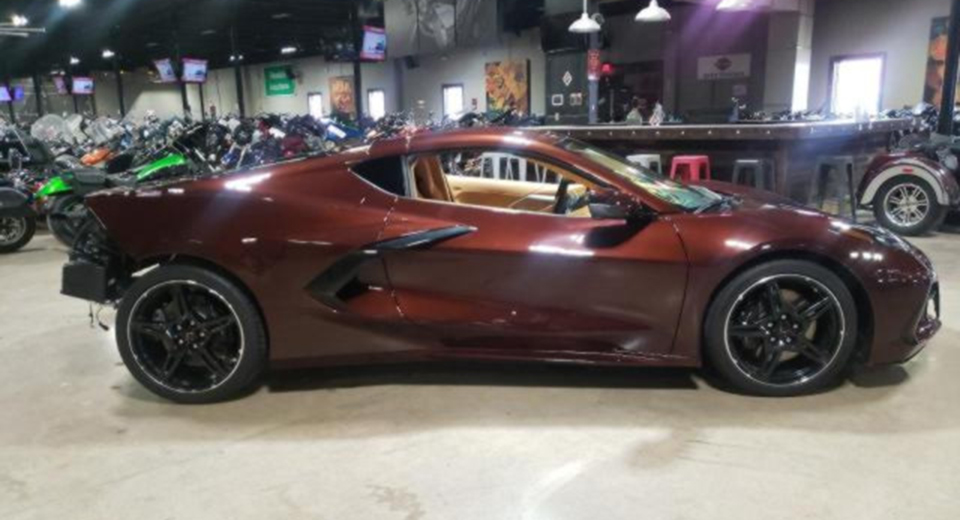 Images provided of the car show that the front end has been badly scratched and that a new bumper will be needed. In addition, the rear quarter panels and entire rear fascia have been removed and will need to be replaced if the car is to be driven again. What’s more crucial, however, is the fact that the listing states the Corvette has frame damage after it seemingly sustained a heavy impact to the rear. It was wrecked with just 433 miles (696 km) under its belt and regardless of whether or not someone tries to repair it, many of its components should be salvageable, including the powertrain.

The second 2022 Corvette Stingray up for auction through Copart is a 2LT model in Amplify Orange Tintcoat. It too has sustained damage to both the front and rear and the listing does note that it still runs and is operable. A look inside the cabin reveals that the airbags have been deployed and will need to be replaced. This ‘Vette had also barely been driven before it was damaged and only has 508 miles (817 km) on the odometer.

Of the two, it appears this one will be the easiest to repair although such an endeavor should probably be left to experts rather than someone looking to complete a project in their garage.