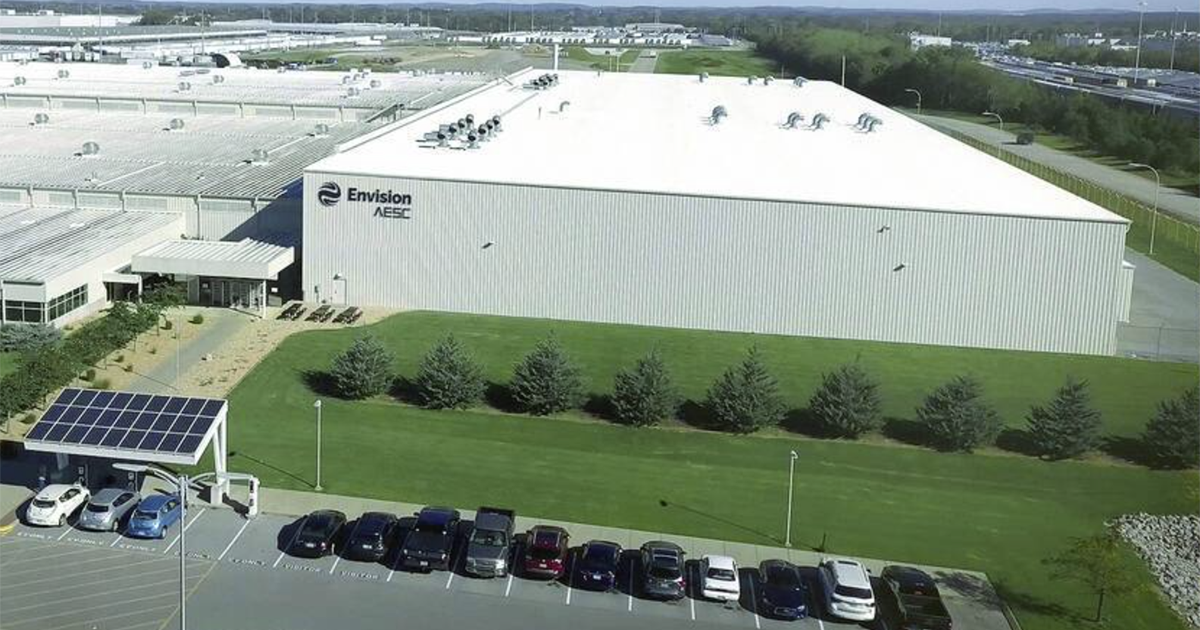 FRANKFORT, Kentucky, USA — Envision AESC of Japan is staking a claim on the expanding American electric vehicle market with a $2 billion investment in a massive new battery cell and module plant in Bowling Green, Kentucky.

“We will produce batteries for numerous electric vehicle manufacturers,” Matsumoto said. “We have growth plans for both the U.S. and other regions around the world.”

He declined to say what other automakers the new Kentucky plant will supply. Its initial capacity will be able to supply 300,000 vehicles a year by 2027.

The company, which is part-owned by China’s energy company Envision Group and partly by Nissan Motor, proclaimed its intention to build a new U.S. plant a month ago to support Mercedes. But at that time, it was still firming up a location.

The plant will produce a new generation of EV batteries that Matsumoto said will have 30 percent more energy density than current-generation batteries, because of innovations in chemistry and structure.

The auto industry and its electronics and energy suppliers are rapidly spending unprecedented billions to tool up for what they forecast will be a seismic shift in the kind of vehicles U.S. consumers will buy in this decade. The Biden administration wants half of U.S. new vehicles to be electric by 2030. In order to power all those EVs, massive investment is required in a hurry to bring on enough factory capacity of batteries and EV componentry.

Envision AESC is the second multibillion EV battery manufacturing project Kentucky Govenor Andy Beshear has ushered into place in his state in the past year. Last September, Ford Motor Co. and its battery partner SK Innovation said they will invest $5.8 billion to build two battery plants in Glendale, Kentucky, 50 miles south of Ford’s big truck operations in Louisville and only a short drive up I-65 from where Envision AESC will build its new plant.

Both Beshear and Matsumoto said they do not expect the new project and Ford’s new battery project to butt heads over recruiting work forces.

“I think we’re going to see clusters like this developing in industry,” Beshear said. “They will help create a talent pool in this region making us the top producer of electric vehicle batteries in the country.”

At the same time, Ford and SK are additionally investing $5.6 billion on a combined battery production and truck assembly plant in Stanton, Tenn.

In the same region, General Motors and its battery partner LG Energy are spending $2 billion on a plant to produce GM’s Ultium EV batteries in Spring Hill, Tenn. Hyundai revealed Tuesday that it will begin producing two EVs at its assembly plant in Montgomery, Ala., and Nissan said in February that it will introduce two electric models into production at its plant in Canton, Miss.

“Basically, this is Industrial Revolution scale,” Horetsky said. “And we’re seeing that we’re only at the starting point of this scaling journey.”

The massive industrialization is also drawing in suppliers that were virtually unknown in the auto industry a decade ago, particularly the giants from South Korea’s SK Innovation, LG Chem and Samsung SDI.

Panasonic, once primarily a supplier of vehicle audio and navigation equipment, has become a top player in batteries, thanks in part to its affiliation with Tesla.

Envision AESC got its start with Nissan’s pioneering foray into EVs in 2008 as it prepared to develop the electric Leaf. At that time, Nissan felt the global battery supply base was undeveloped, and it launched its own battery manufacturing venture in a partnership with Japan’s NEC Corp. and its subsidiary NEC Tokin Corp. AESC constructed battery plants in Smyrna, Tenn., and Sunderland, England, to supply the Leaf.

But in 2018, Nissan sold majority interest in the venture to China’s Envision Group. At that time, Nissan officials said that they anticipated the new ownership of Nissan’s Smyrna, Tenn., battery plant would attempt to market its capacity to other automakers around the South.

That never came to pass. But now Envision AESC will supply Mercedes in Alabama through a new $2 billion plant in Bowling Green.