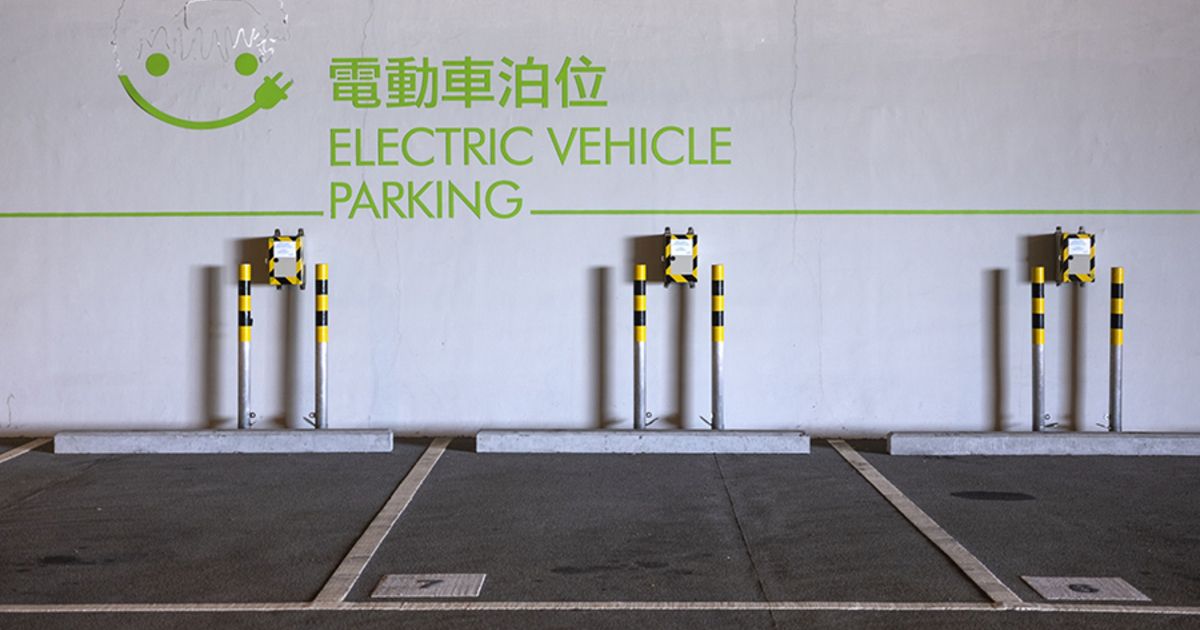 The number of EVs on the road per public charging point globally rose to 9.2 at the end of last year, from 7.4 at the end of 2020.

That’s not surprising since 2021 was a breakout year for plug-in vehicle sales, with a global volume of 6.6 million sold.

The global data hides a lot of nuance though.

At the country level the dynamics get really interesting. For example, despite record EV sales in China last year, public charging points there kept pace and the ratio between EVs and chargers has been relatively constant since 2018.

This is because of a huge push taking place in China to expand charging infrastructure — the country claims more than half the world’s public charging points.

In markets such as the U.S., the number of EVs on the road per charger has grown steadily higher over the last year, so there are fewer chargers for every EV on the road.

That effect is even more pronounced in Europe, where EV sales have surged since 2019. In Germany, the ratio went from 8 EVs per public charging point in 2019 to 20 in 2021.

A country like China probably needs more public chargers than the U.S. or Germany as a much higher share of people there live in multi-story apartments. Those high-rise dwellers are less likely to have home charging options and will need to rely on the public network more than an EV owner in a U.S. suburb who does 80 to 90 percent of their charging at home in their garage.

The landscape in the respective geographic regions is similar when it comes to fast and ultra-fast chargers.

In China, there are 16 EVs for every ultra-fast charger; in the U.S. that figure is more than 100. In the Netherlands, which has the most favorable charger-to-EV ratio overall, most of the plugs are slow chargers. ​

There is a temptation, when analyzing the data, to fall back on widely accepted, general notions about how more charging infrastructure is needed.

That is certainly true, especially given the growing EV fleet in the years ahead. But it’s not inherently a bad thing if the ratio of EVs on the road per charger rises.

More private investment in charging infrastructure is needed, and to get there, higher utilization per charger will be required to improve the economics of operating a given station.

Many stations are under-utilized. Most fast chargers need somewhere between 8 to 10 charging events per day to start to make a decent return for the investor, according BNEF. The exact number depends heavily on prices, charging speeds, site costs, fee structure, government support and several other issues.

A balancing act is needed: fast-charging operators want more charging sessions per day. But too many sessions could mean there are times when a driver will have to wait because a charging station already is occupied. That in turn worsens the customer experience.

Operators want high utilization, but not so high that customers get frustrated.

Tesla’s Supercharger stations are unique on this front. Supercharger sites have an average of 10 ultra-fast charging points or outlets, while competing networks generally have two to four. Unsurprisingly, Tesla customers love this.

That may not be scalable globally, and getting it right every time will be tricky. In the long term, BNEF expects the ratio to level out somewhere between 30 to 40 EVs on the road per public charging point. That’s about where Norway, the most mature EV market in the world, is today.

Some markets will be higher or lower depending on the types of houses in the area, the strength of the electrical grid, how high charging speeds eventually go, and government policy.

Already there are a growing number of 350 kilowatt stations popping up that are capable of adding 100 km of range to an EV in just a few minutes.

Each country will likely end up with a different mix of home, public and workplace charging, and varying spreads of power outputs. On a global level, the ratio of EVs on the road to charging points will likely keep climbing in the years ahead. That’s not necessarily a bad thing.