The Lexus LC 500 is one of the most beautiful cars released in recent years but that hasn’t stopped the owner of this particular example from making some rather questionable modifications.

This particular LC 500 was snapped by a Redditor and is finished in one of the best shades offered by Lexus, known as Infrared. The car also has some chrome accents across the wheels, around the taillights, on either side of the rear window, and around the tailpipes. If left standard, it would be absolutely stunning.

Unfortunately, the owner of this LC 500 has fitted it with an ugly aftermarket rear wing that is completely at odds with the rest of the car’s design. What’s more, it very much looks like the rear wing has been fitted backwards, as suggested by the angle of it and the way that the uprights sit. As if the wing alone wasn’t enough to cheapen the looks of the car, the owner has also stuck on a pair of stickers on either side of the license plate showing a female silhouette. There is also a Hot Wheels sticker on the rear.

If you can somehow ignore these odd additions made to the car, there’s no denying that the LC 500 is a superb vehicle. One of its biggest drawcards is the 5.0-liter naturally aspirated V8 that is one of the last of its kind and delivers a truly glorious sound. It pumps out 471 hp and 398 lb-ft (539 Nm) and is coupled to a 10-speed automatic transmission driving the rear wheels. 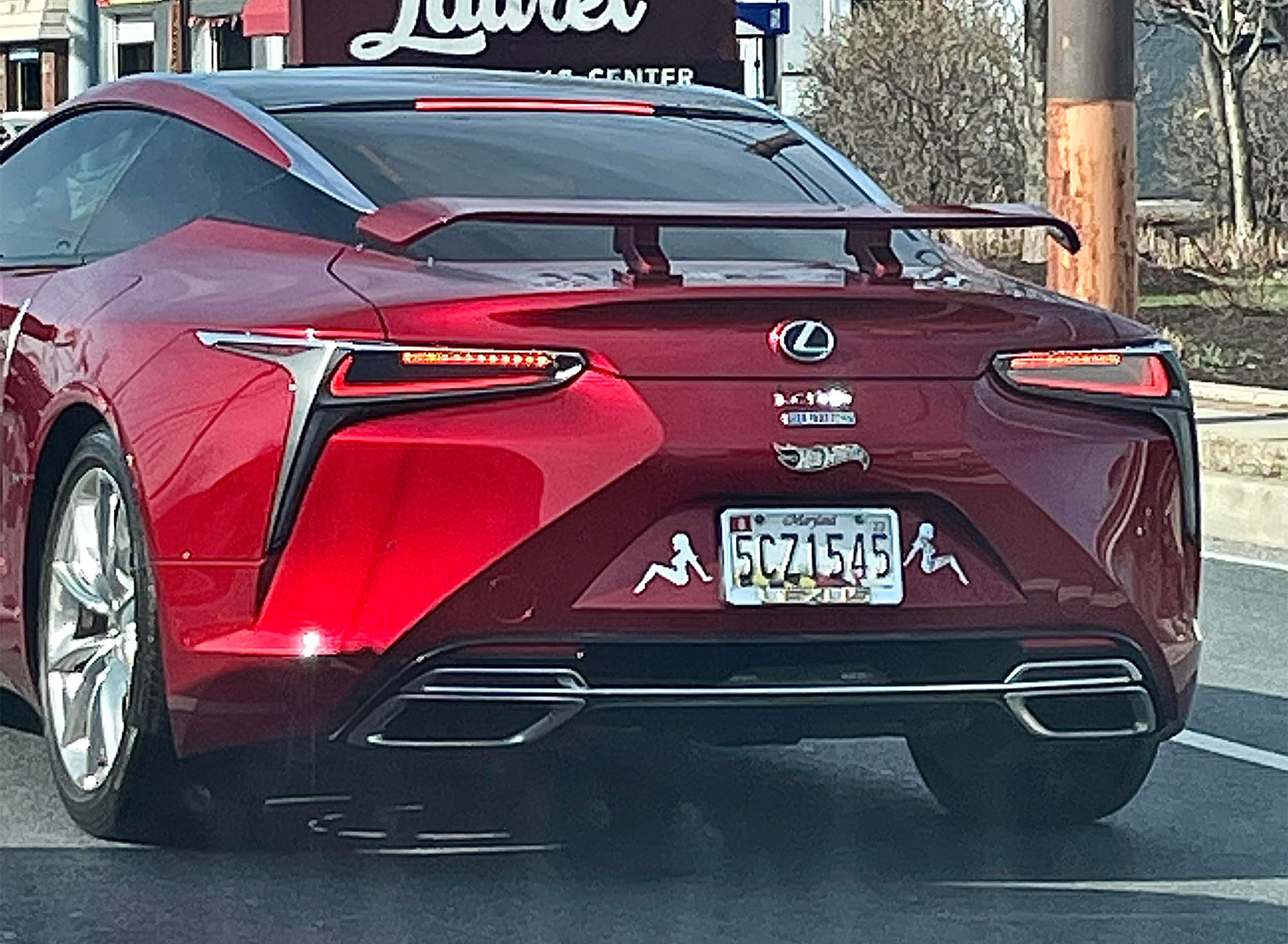 Gas Station Manager Fired For Mistakenly Listing Gas At $0.69 Per Gallon Instead Of $6.99
VW sticks to Porsche IPO plan, eyes battery unit listing as soon as 2023
Silicon Valley car dealer embraces a tech giant culture
This Guy Does Pull-Ups While Hanging From The Doors Of His Rolls-Royce And Bugatti For Attention
Gen Z more frustrated with car-buying process than older generations, CDK says