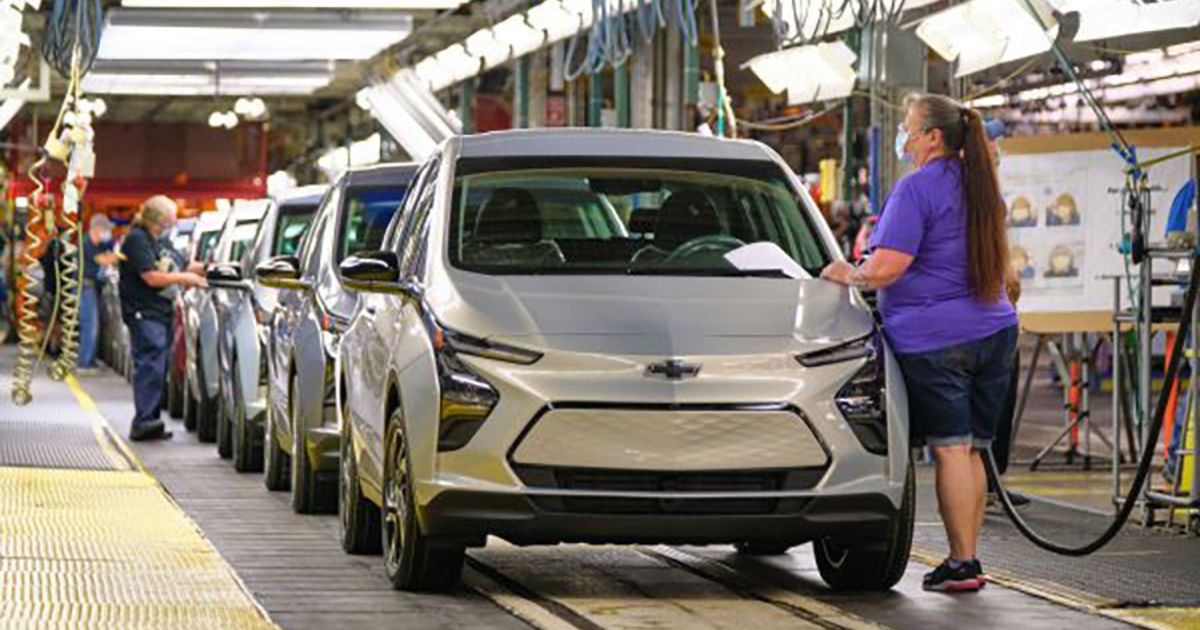 DETROIT — Chevrolet on Thursday plans to debut two advertisements to relaunch the 2022 Bolt EV and EUV after a recall related to battery fires shut down production of the electric vehicles for about seven months.

In its effort to move past the recall, which represented a black mark on General Motors’ EV ramp-up, the brand said it expects media spending for the Bolts to top all other nameplates except the Silverado pickup.

They will debut during Opening Day of the Major League Baseball season. One ad, titled “Mom,” shows a driver talking with his mother on the phone for nearly an hour with plenty of battery life left in his Bolt. The other, called “Life Changes,” shows a Bolt technician explaining the ease of EV ownership to an expectant mother.

Chevy restarted Bolt production and began shipping the vehicles to dealers this week after resolving the recall, which was linked to a defect in batteries supplied by LG Energy Solution. About 800 units of dealer stock are sellable this month, Majoros said.

The new ads will not address the recall, Majoros said.

“We are not minimizing or making light of the situation. We’re going to always be humble. We’re going to be sensitive,” he said. “But we’re not going to overplay that. We have done a lot of work with … our owners.”

The extensive Bolt recall came at an inconvenient time for GM, as it prepared to launch its next-generation of EVs powered by its proprietary Ultium batteries, different from the batteries in the Bolts. GM plans to roll out 30 EV models globally and invest more than $35 billion in electric and autonomous vehicle development through 2025.

Chevy plans to launch the Silverado EV and electric versions of the Equinox and Blazer crossovers next year.

Majoros believes U.S. Bolt EV and EUV sales could reach their highest ever this year, topping last year’s record for the nameplate of 24,828. Before the recall, many Bolt sales were propelled by generous incentive offers. Post-recall, Chevy will continue to offer incentives on the EVs but at a lower level, Majoros said.

The Orion Assembly plant, which builds the Bolt EV hatchback and larger EUV crossover, was shut down from August until this week, aside from two weeks of limited production in early November to provide vehicles for customers during recall repairs.

GM recalled some Bolts in November 2020 and then issued a second recall in July. In August, the automaker expanded the recall to include every Bolt EV and EUV that GM has built since 2016 — more than 140,000 in total. Late last year, GM launched a software diagnostics tool to identify battery-module issues and began replacements of impacted modules.

Production at the plant in Orion Township has been idled so GM could prioritize module replacements with LG.

LG plans to cover the vast majority of the recall cost, which could be up to $2 billion depending on the number of module replacements needed.