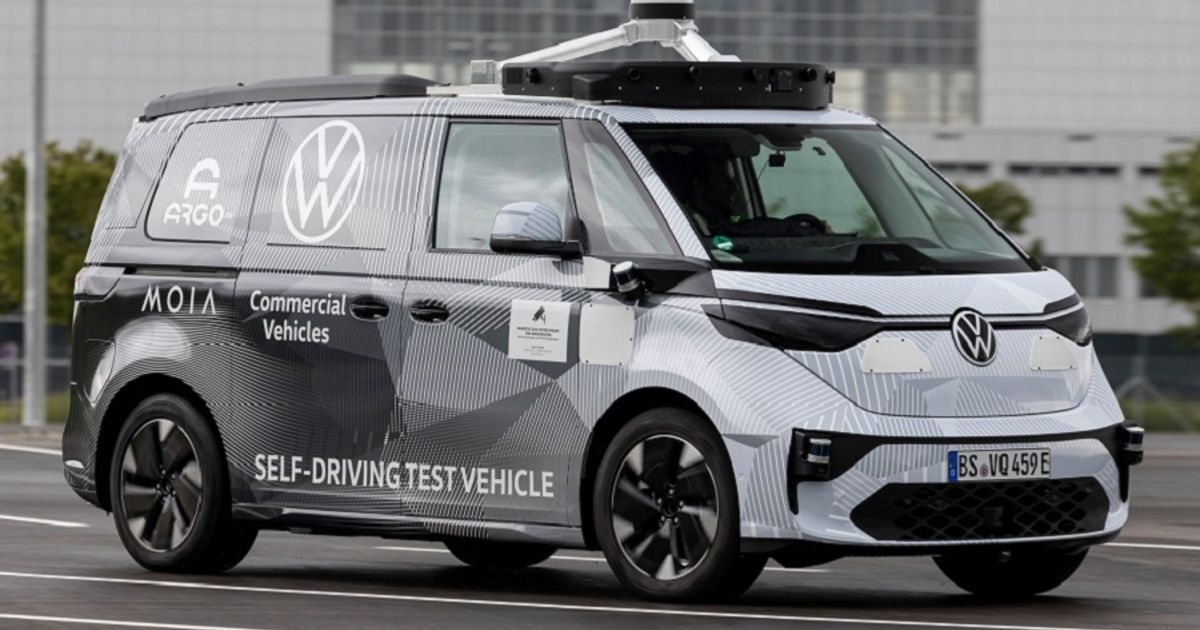 BERLIN — Volkswagen’s commercial vehicles division plans a full-electric vehicle based on the ID Buzz that will use self-driving technology.

The vehicle would be significantly different from the ID Buzz, which VW is rolling out as a passenger van and light commercial vehicle, Carsten Intra, the head of the commercial vehicles unit, said in remarks published in Automotive News sister publication Automobilwoche.

“This will not be an evolution of the ID Buzz, but really a special purpose vehicle (SPV),” Intra said.

Unlike the ID Buzz, which is aimed at general consumers, the SPV will be aimed at driverless operations that could include robotaxis, delivery services and shuttles.

This would allow the seats to be configured differently and create more space in the interior for at least four passengers including luggage, Intra said.

Whether the vehicle will still have a steering wheel at the end of the design process is “an exciting question” that still has to be determined, Intra added.

He gave no further details on what the vehicle will look like.

“We are still in the concept phase, it’s not ready yet,” Intra said. “We’re going to need a big jump and not just bring the ID Buzz forward.”

In 2025, the ID Buzz will be launched as a robotaxi in Hamburg. By 2030, Intra said VW wants to establish a similar service in 50 cities in Europe and North America.

In the U.S., cooperation with providers such as Uber and Lyft are also conceivable, while in Europe, VW wants to offer the services itself, said the commercial vehicle unit’s finance chief Michael Obrowski

The new business area should then also reach profitability by 2030. “We plan to reach breakeven before 2030,” Obrowski said.