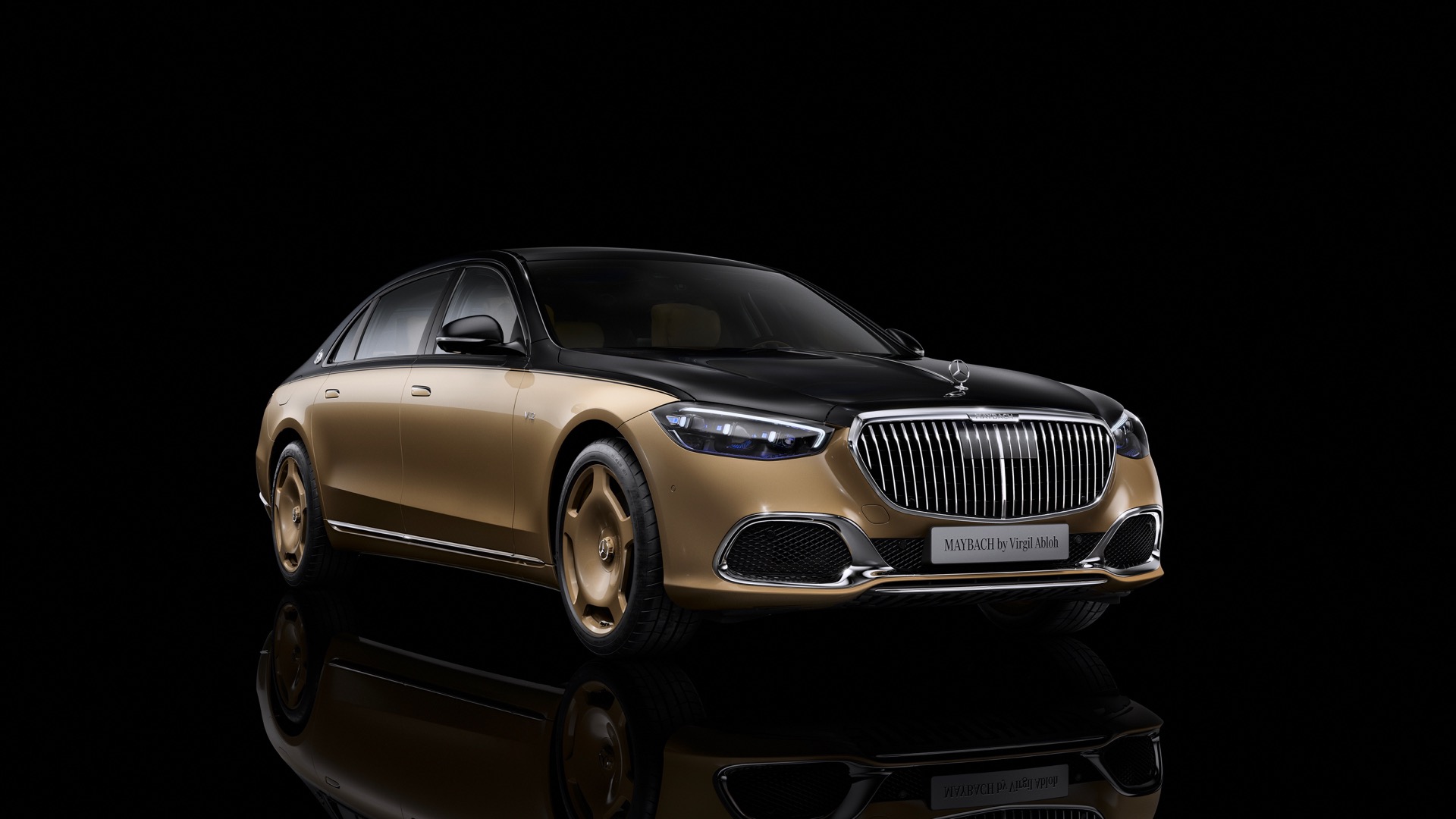 While the previous collaborations were one offs, this is one is a limited-edition version of the Mercedes-Maybach S-Class sedan that will actually go on sale. It will be available in the United States later this year as a 2023 model, but only 150 examples will be built, Mercedes said in a press release.

Based on the V-12 S680 version, the limited-edition luxury sedan was finalized before Abloh’s death in November 2021 at age 41, according to Mercedes. Like Abloh’s previous Maybach project, an electric luxury coupe concept dubbed Project Maybach, the S-Class was a collaborative effort between the fashion designer and Mercedes design boss Gordon Wagener, the automaker said. Prior to that, Abloh designed a G-Class race vehicle with NASCAR-like styling elements.

The two-tone look carries over to the interior, which has a four-seat configuration that eliminates the center rear seat. The interior also features nappa leather upholstery and high-pile floor mats, as well as custom graphics for the infotainment system. Each car also comes with a gift box containing a 1/18 scale model of the sedan, two keys, and a carabiner hook.

Mercedes has been silent on pricing for even the standard Maybach S680, but this limited edition will likely command a premium over that version. The automaker also has a V-8-powered Maybach S580 version starting at $185,950. The first all-electric Maybach production model will launch in 2023, likely based on the Concept Mercedes-Maybach EQS first shown in 2021.