Hundreds of motorists lined up through the night after Ernie Boch Jr., a business owner in Norwood, Massachusetts, decided to transform April Fools Day into ‘April Fuels Day’.

Boch pledged to give away a total of 7,000 gallons of gas ($75 per tank) in a social media post published Thursday night. That prompted one person to line up at 9:30 p.m. that night and they were far from the only one.

“Seven thousand gallons, depending on the octane, it’s about $30,000, so that’s a lot of gas and should do somewhere around 400 people, so it’ll be fine,” Boch told WBZ-TV.

QOTD: How High Would Gas Prices Have To Get Before You’d Consider Something More Economical?

The event was supposed to last from 7 a.m. to 11 a.m. on Friday, April 1 but all 7,000 gallons wound up being given away before 9 a.m. As a result, Boch decided to extend the deal to allow the people who had come from farther afield to fill up before going home.

“I’ve never experienced anything like it, it’s great, it’s great,” Patrick Haines, who lined up for the fuel, told NBC Boston. “The gas has been eating at everybody’s wallet, including mine and I mean, this is kind of like giving back all the extra money you spent on it you know.”

To be sure, the skyrocketing price of gasoline is affecting people all over the country. Earlier this month, AAA reported that the average price per gallon in America was $4,06, up 45 cents from a week previous, and 62 cents more than a month before. The organization reports that fuel prices in Massachusetts are up to $4.21 per gallon this week. Prices are so high, in fact, that some thieves are drilling holes into gas tanks to steal fuel. All of which is what encouraged Boch to give gas away.

“I was filing a friend of mine’s car up, and the numbers went to $107 — $107 to fill a car, and that is insane,” Boch told WCVB. “So I started thinking, and gas is going up. It always goes up in the spring and the summer, and I said, ‘Well, I think I should do something,’ and here we are April Fuels Day.” 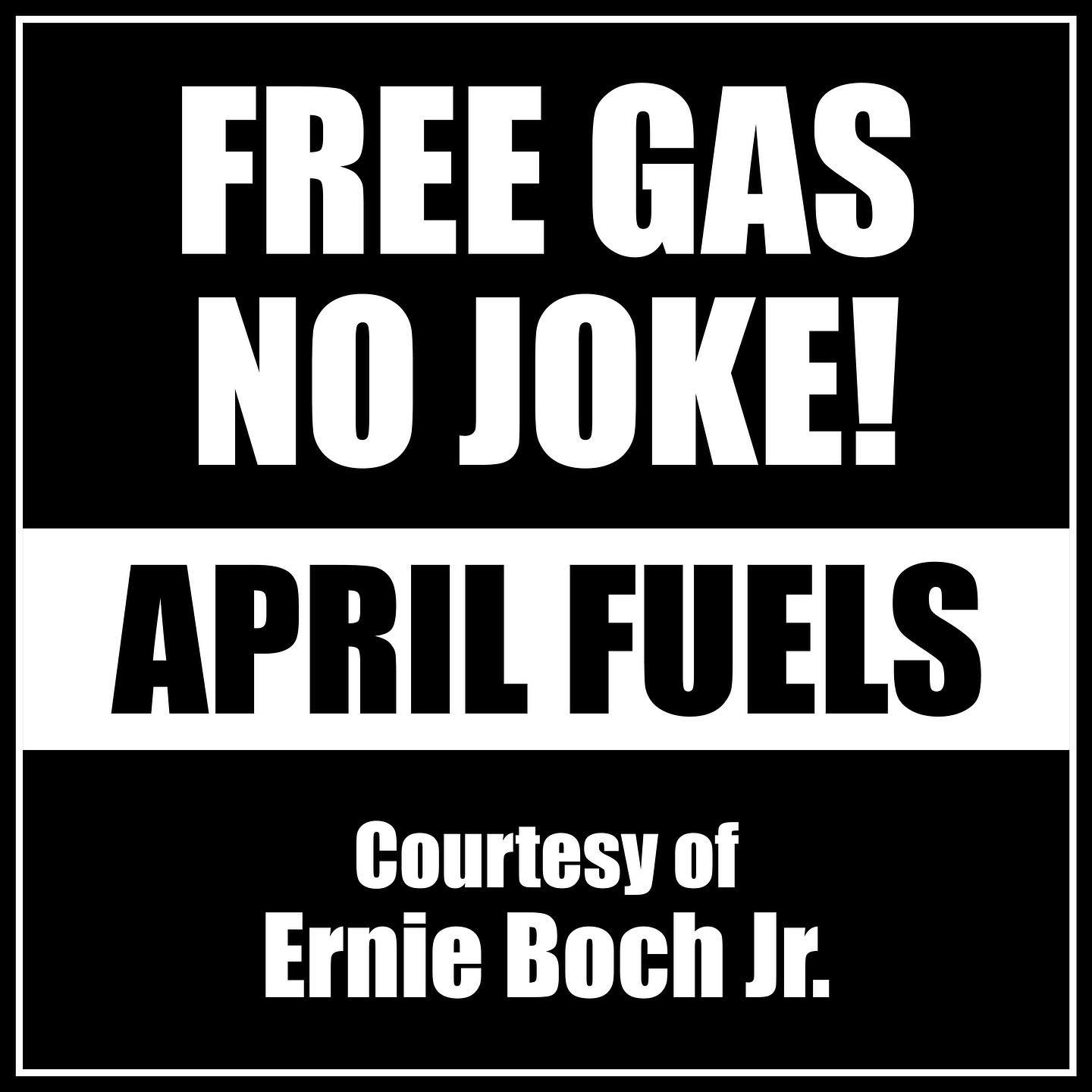