Hello everyone, and happy April’s Fools Day. It’s that time of the year again when you have to be cautious so in order to save you time we gathered all the pranks and fake news from the automotive world in one thread. Some are funny, others are cringe-worthy and most of them won’t be fooling anyone but at least they sparked the imagination of marketing departments all over the world.

Before we start the roundup from the web, we’ll remind you of our own joke for the day – and no, it wasn’t the free gasoline in Massachusetts, that was actually real, but the piece about the UK government’s decision to tax EV chargering to fund gas cuts, with American politicians jumping on the bandwagon.

Here are the April fool’s day stories we discovered, if we’re missing anything good, do share in the comments and we’ll update this post. 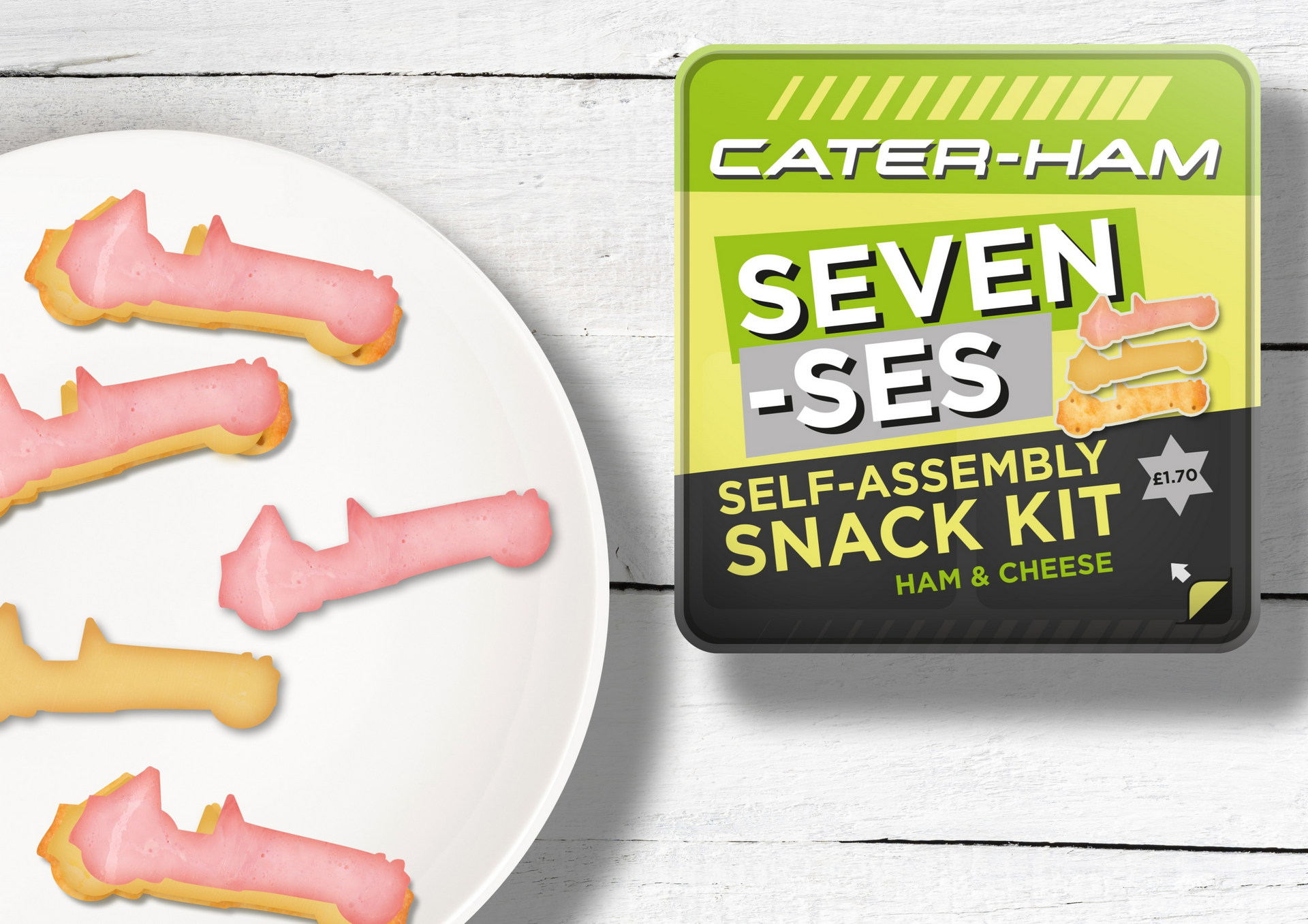 Caterham followed the self-assembly nature of their lightweight sportscar kit cars into the food industry. The British company is advertising “self-assembly build kits” for snacks, including ham, cheese, and crackers. Every ingredient of the DIY snack is locally sourced from Dartford and hand-stamped into the shape of the Caterham Seven.

The cheese in the product can be tailored to the preferences of each customer, with cheddar for the British, brie for the French, gouda for the Dutch, Sakura for the Japanese, and a special “artificially flavored spray cheese” for the Americans. Don’t expect any alternatives for vegans or vegetarians though.

As noted by Graham Macdonald, Caterham’s CEO, the Seven-ses won’t be adding lightness to anyone who consumes it but it simplifies the “snacking needs” thus leaving more time for customers to build and drive an actual Caterham. 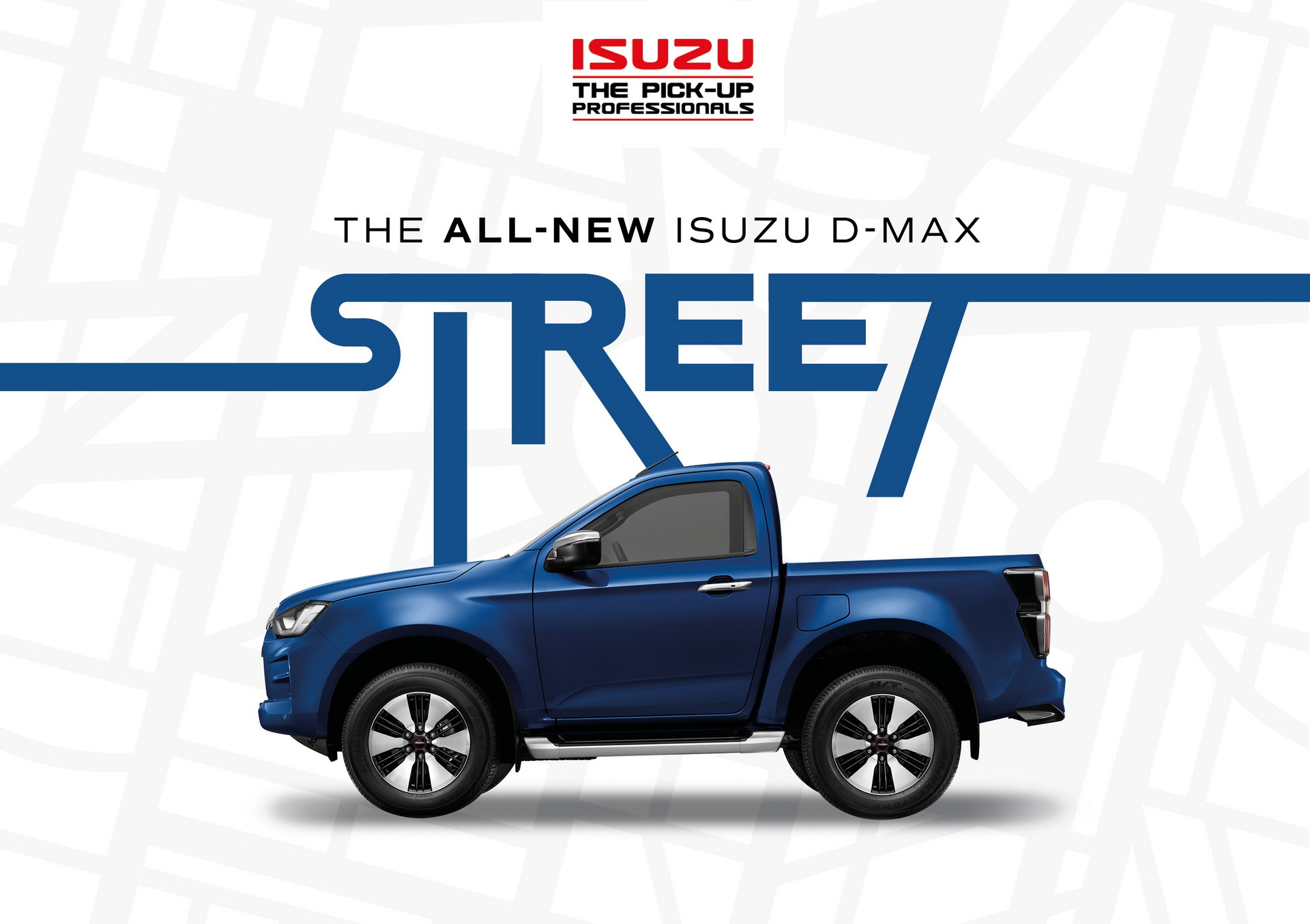 Pickups have gotten too large for the crowded streets of European metropolitan areas but thankfully Isuzu has got the answer to this problem. The Isuzu D-Max Street is a limited edition of the popular model exclusively available on April 1st. Isuzu engineers have shrunk the wheelbase of the ladder frame platform making the single-cab pickup “perfect for the tight and narrow city confines”.

Isuzu says that the truck has an “impressively tight turning circle” and it’s very easy to park although we wouldn’t want to go over speed bumps when driving such a vehicle. The D-Max mini-me is only available in blue, and for whatever reason, it comes fitted with 18-inch alloy wheels. The “condensed side steps” are a nice touch, we’ll give them that. 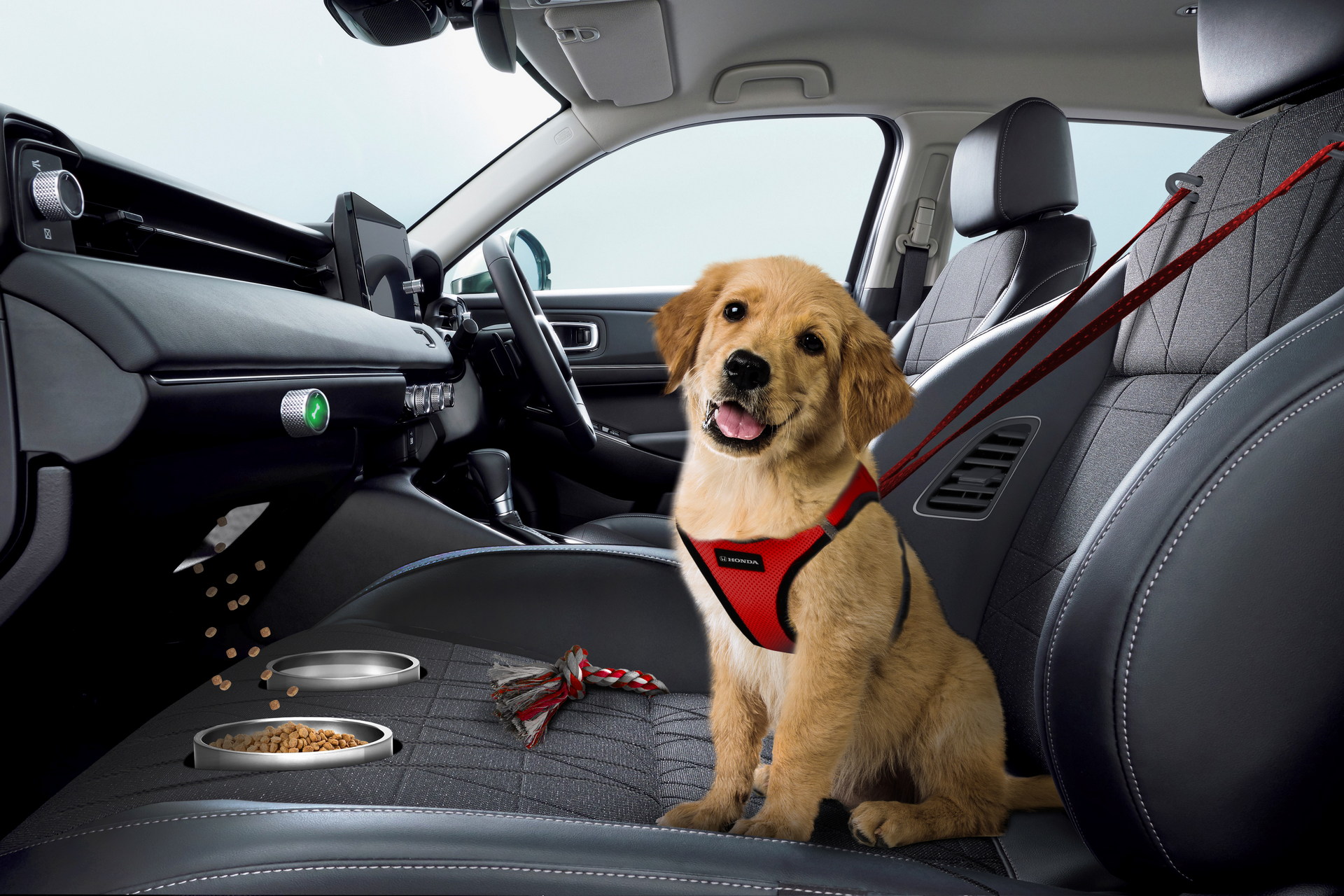 Honda has proven it really cares about pets by offering a full range of paw-decorated accessories for customers in Japan (this one was for real). April Fool’s however takes things to another level with the new “Pet Co-Pilot Front Seat” which ensures that your little friend will stay comfortable inside your Honda.

The factory-fitted option includes an XXL seat with scratch-resistant and water-proof upholstery, recessed spill-proof bowl holders, Isofix points for dog harness attachments, and built-in air-condition vents. Optionally you can get a squeaker or dog toy sewn into the seat. The system is currently available for Dogs but it will soon come in different variants for cats, hamsters, guinea pigs, rabbits, and fish, while a special multi-story seat for gerbils will be following in spring 2023, and a Horse Co-Pilot Front Seat will follow in 2024.

Exclusive: next Land Rover Discovery will be mid-engined sports car. As every sports car maker guns for SUVs, Land Rover fights back with a Cayman killer → https://t.co/ZPB0qrWwjU pic.twitter.com/uQV9LIIRCl

Top Gear took on one of the greatest challenges in the automotive world – a mid-engine sportscar by Land Rover. Most supercar makers already offer or are getting ready to offer SUVs (hint, hint, Ferrari), so why shouldn’t Land Rover do the opposite and deliver “a purists’ driving machine”? The result is a Discovery face photoshopped on a Porsche Cayman body, looking as weird as you would expect.

The Hyundai Elantra N is one of the best budget performance cars at the moment but it is exclusively offered in FWD form. That changes for today, with Hyundai offering an additional “RWD part” transforming the Elantra to FWD, RWD, AWD on demand. While this is just an April Fool’s joke, we wouldn’t be surprised if similar kits were available for cars in the electric era. 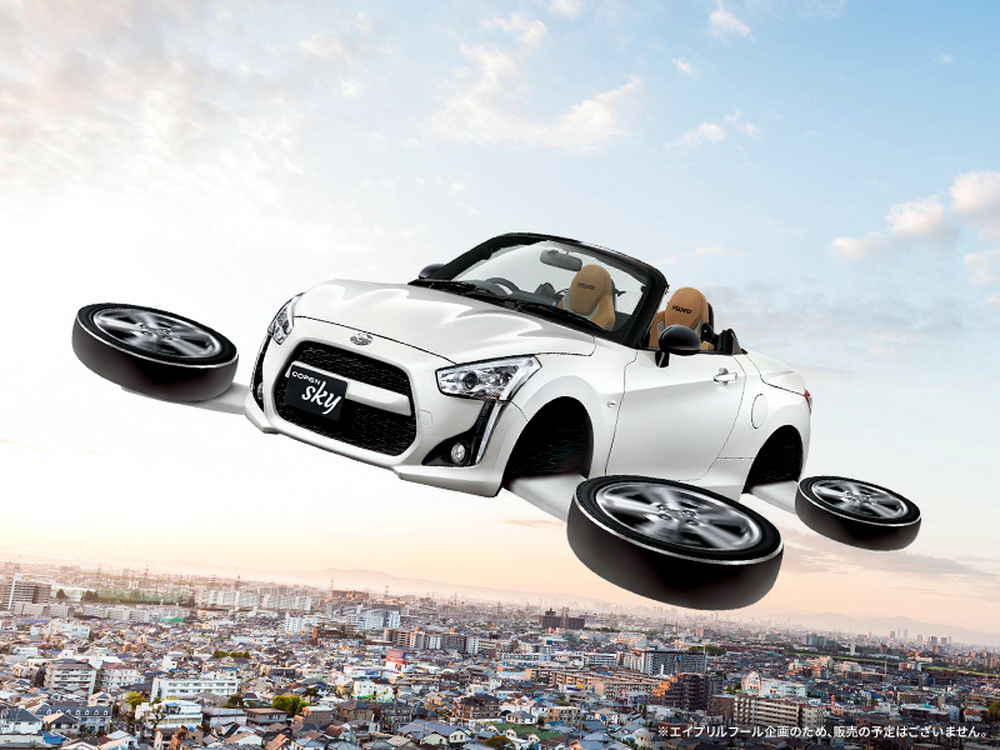 Flying cars are almost here but none would expect a mainstream automaker to present a flying version of a roadster. The official Daihatsu Copen Community surprised everyone with the “Copen Sky” concept which transforms into a drone with a single switch. It benefits from the lightness of the regular Copen turning the wheels into fans, allowing it to hover above the city.

Other practical jokes of the day