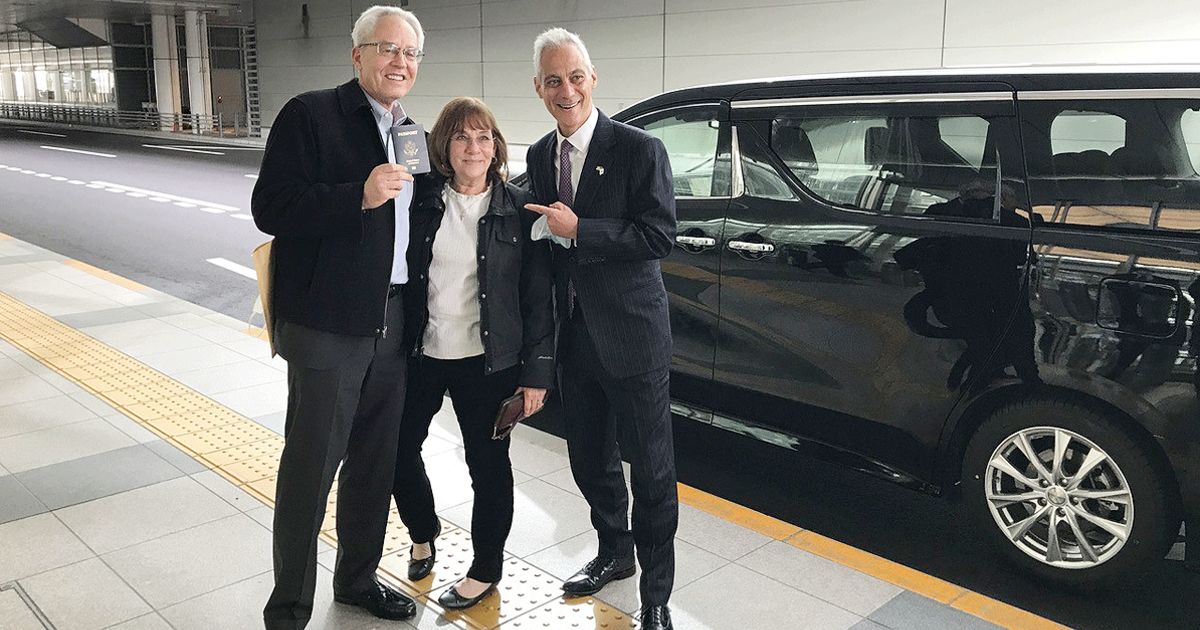 TOKYO — After running the gauntlet through Japan’s justice system for the past three years, former Nissan director Greg Kelly was triumphantly escorted to the Tokyo airport last month by the U.S. ambassador to fly home to Tennessee.

Kelly may now be back home, but he is hardly home free. The former human resources executive’s legal battles keep compounding.

The ongoing legal wrangling underscores how the Carlos Ghosn-Nissan scandal continues to fester even as Nissan and alliance partners Renault and Mitsubishi try to put it all in the past.

The court proceedings that have entangled Kelly, 65, likely will drag on for years — probably another 12 months just for the appeals and up to three years for the civil case.

Kelly’s situation is just one of several in a legal morass still sucking up time and energy for Nissan management and the legal teams of various defendants around the globe.

Nissan is reportedly trying to settle that case out of court to avoid publicly disclosing sensitive documents. But one person familiar with the matter says negotiations have become bogged down.

Finally, there is the main attraction: the criminal case still pending against Ghosn in Japan.

Ghosn remains indicted on four counts of alleged financial misconduct during his time at the helm of Nissan. Even though he jumped bail and fled Japan for Lebanon at the end of 2019, Tokyo prosecutors keep the file open hoping to one day bring Ghosn before a Japanese judge.

Ghosn says he has no plans to leave Lebanon anytime soon. But the former Renault-Nissan chairman is on Interpol’s red notice list, meaning he could get picked up in a third country and extradited to Japan.

Kelly doesn’t have to worry about that. The American was found guilty of aiding Ghosn during just one of the eight years that prosecutors were scrutinizing.

But Kelly was cleared of wrongdoing in the other seven years. The three-judge panel gave Kelly a six-month suspended sentence, allowing him to return home.

He landed in Nashville on March 13, tearing up with emotion as he told the media that his three-year legal odyssey was “like Dorothy in the Wizard of Oz.”

Prosecutors accused Ghosn and Kelly of hiding more than $80 million in Ghosn’s postponed compensation from 2010 to 2018. Both men deny wrongdoing.

Internally at Nissan, executives and employees say they simply want to put the Ghosn saga to rest. In a show of solidarity, the three global alliance partners, Nissan, Renault and Mitsubishi, jointly announced plans in January to invest $26 billion in electric vehicle development. Leaders also talked big about their improved relations in the wake of the fractious Ghosn upheaval.

“We are demonstrating clearly that the ties are extremely strong. I think today that they are, in effect, unbreakable,” Alliance Operating Board Chairman Jean-Dominique Senard said then.

But Nissan breathed new life into the saga with its latest lawsuit against Kelly. It came to light in March that the automaker had filed its civil suit against the former director in Yokohama District Court on Jan. 19.

“Nissan has already expressed its basic policy to seek accountability concerning the misconduct by the former chairman and others,” Nissan said of the lawsuit. “Since Greg Kelly cooperated in the former chairman’s nondisclosure of his compensation as director in Nissan’s annual securities reports, Nissan has filed a civil lawsuit against Kelly seeking damages.”

If Kelly’s guilty verdict sticks, it could jeopardize payout of his Nissan pension. At the same time, overturning the conviction on appeal could make it easier for Kelly to pursue his own countersuit again Nissan, something his legal team says it is considering.

Defense lawyer Yoichi Kitamura is confident in prevailing during the appeals process, given that the lower court has found Kelly not guilty of most allegations — and that the main witness for the guilty count was deemed unreliable in most of his other testimony.

“We are confident we will win the criminal case in the end,” Kitamura said. “We have to have a complete victory.”