It’s rare that people play April fools pranks on themselves, but that’s what this Ferrari owner from the UK did when they crashed their 488 GTB just 2 miles (3.2 kilometers) after buying it from the dealer.

According to Derby Police, the Ferrari 488 GTB was purchased on the morning of April 1st, and driven less than a few minutes before the accident happened. Nobody was injured in the crash, but we’re sure some egos were very heavily bruised.

The 2017 Ferrari 488 was likely purchased from nearby dealership Baytree Cars in Derby, England, which is just down the road from where the vehicle crashed.

Finished in Rosso Corsa, the 488 had amassed just 13,400 miles (21,565km) from new and was previously owned by two different people who managed to keep it within the white lines. The car also features the available Carbon Package, which adds a lot of carbon fiber to the 488 and a few extra numbers onto the price. The car 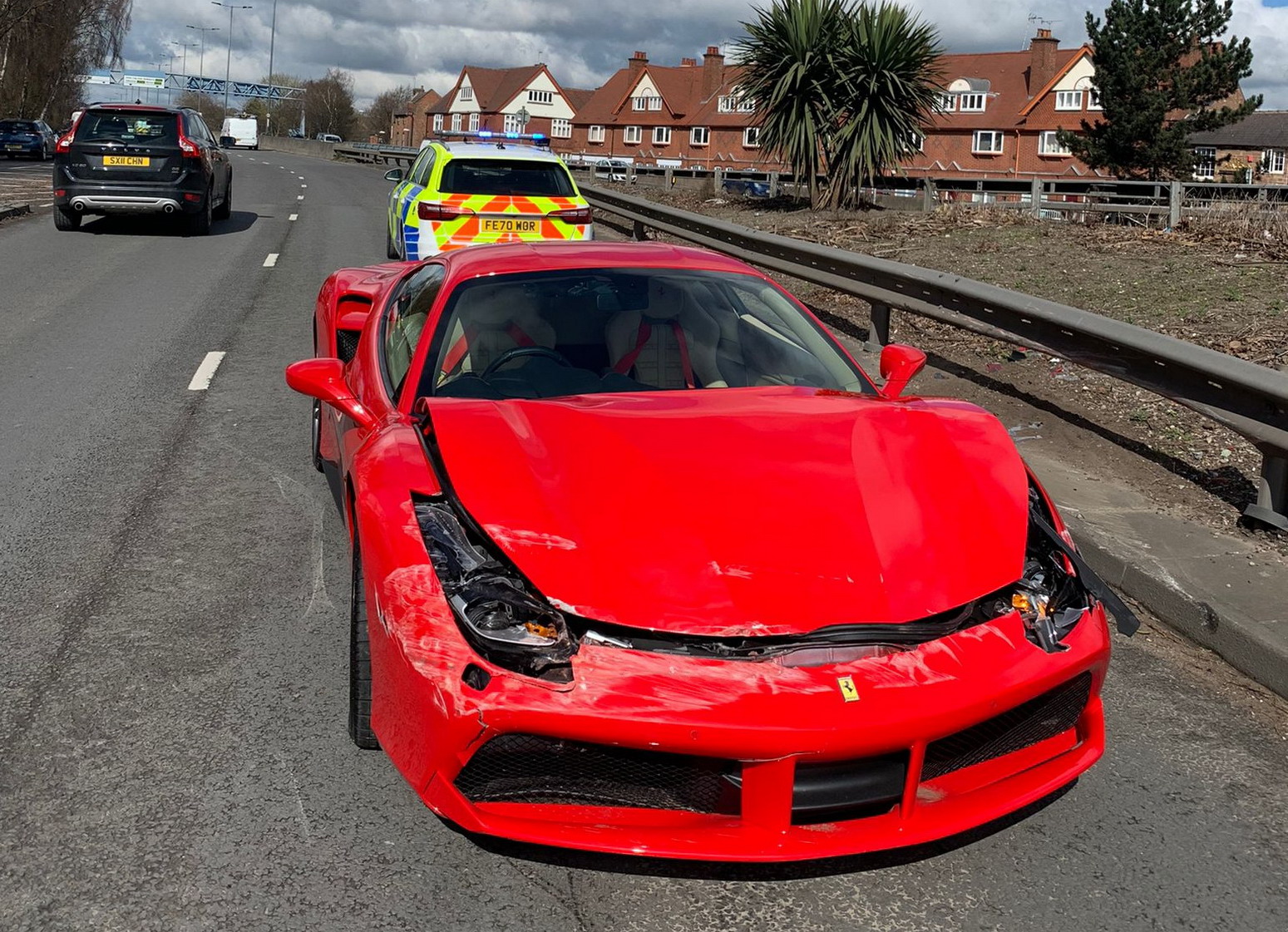 Due to the fact that the vehicle is facing the wrong way, it’s fairly safe to assume that the driver became a little bit too familiar with the loud pedal, and it swapped ends on them, hopping the curb and smashing into the guardrail.

The accident crumpled the front bumper and hood and took out the headlights. Luckily, the damage seems repairable, but as a new supercar owner, they probably expected to be paying fuel bills for a while before the repair bills arrived.

Commenters were quick to add insult to injury, stating that the driver would likely receive another £100 ($131) fine for lack of a front license plate. Other replies noted that the driver likely had more money than driving skills, and suggested that people who purchase these kinds of cars should have some sort of advanced license or training.

Derby. 1st April. Driver bought a Ferrari this morning and crashed it after driving it less than 2 miles. No injuries. #DriveToArrive pic.twitter.com/X4IMuflPa5