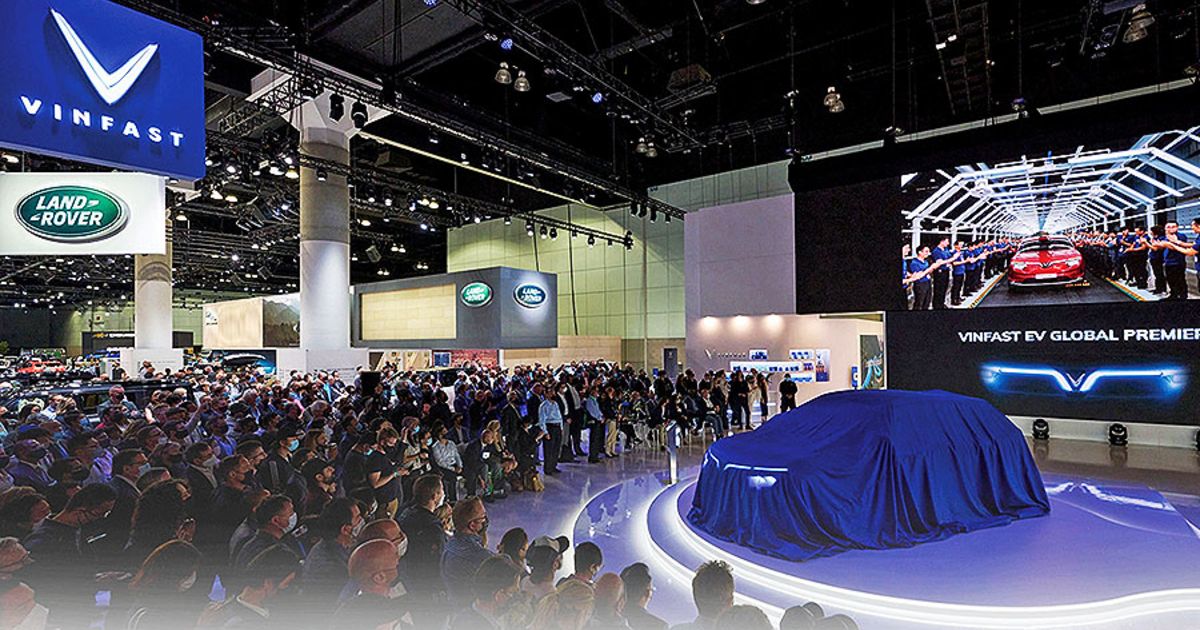 VinFast, which opened its U.S. headquarters in Los Angeles last year, intends to move rapidly into the North America EV market with the VF 8 and VF 9 crossovers currently available for order.

Construction on the factory’s first phase will start later this year once a permit is granted, VinFast said. Vehicle output is expected to start in July 2024. Among the vehicles set to be produced in North Carolina are the two-row VF 8 and the three-row VF 9, the automaker said, with initial capacity at 150,000 per year.

VinFast said it would continue to invest in the site with future phases, but didn’t offer any details. The plant site is part of Chatham County’s Triangle Innovation Point, located near the Raleigh metropolitan area.

“North Carolina is quickly becoming the center of our country’s emerging, clean energy economy,” Gov. Roy Cooper said in a statement. “VinFast’s transformative project will bring many good jobs to our state, along with a healthier environment as more electric vehicles take to the road.”

The state said in a statement that potential subsidies for the VinFast plant are based on a company investment of $4 billion. The potential reimbursement to the company of $316 million is projected over a 32-year time period, the statement said.

“The project in North Carolina affirms VinFast’s commitment in investing and developing business in its international markets in general and the US in particular,” the company said. “It will also ensure VinFast’s self-reliance in global manufacturing.”

VinFast is part of the Vingroup conglomerate, with interests in industry, hotels, technology and real estate, according to the company. Vingroup, established in 1993, has a total capitalization of $35 billion from three publicly traded companies as of November 2021, the company said.

During a presentation at the CES show in Las Vegas in January, VinFast showed the VF 8, VF 9 and took the wraps off three additional EV models. The three newer vehicles are smaller crossovers, but the automaker didn’t offer details on future availability.

VinFast says on its reservation website that the VF 8 will have 402 hp and accelerate to 60 miles per hour in 5.5 seconds. The automaker estimates the 5-seat crossover’s range at 316.9 miles, based on the WLTP standard used in Europe. The EPA range test in the U.S. generally results in lower numbers than the WLTP test.

The three-row VF 9 has the same horsepower as its smaller sibling and VinFast estimates acceleration from 0 to 60 mph at 6.5 seconds. Range is estimated at 422.5 miles on the WLTP test. The large crossover can be configurated with 6 or 7 seats, the automaker said.

And in Alabama, Mercedes is set to begin EV output at its 6 million-square-foot U.S. manufacturing plant, supplied by a new battery pack plant near its Vance, Ala., assembly operations.